How Unique Was Mark Segbers’ Performance for Memphis? 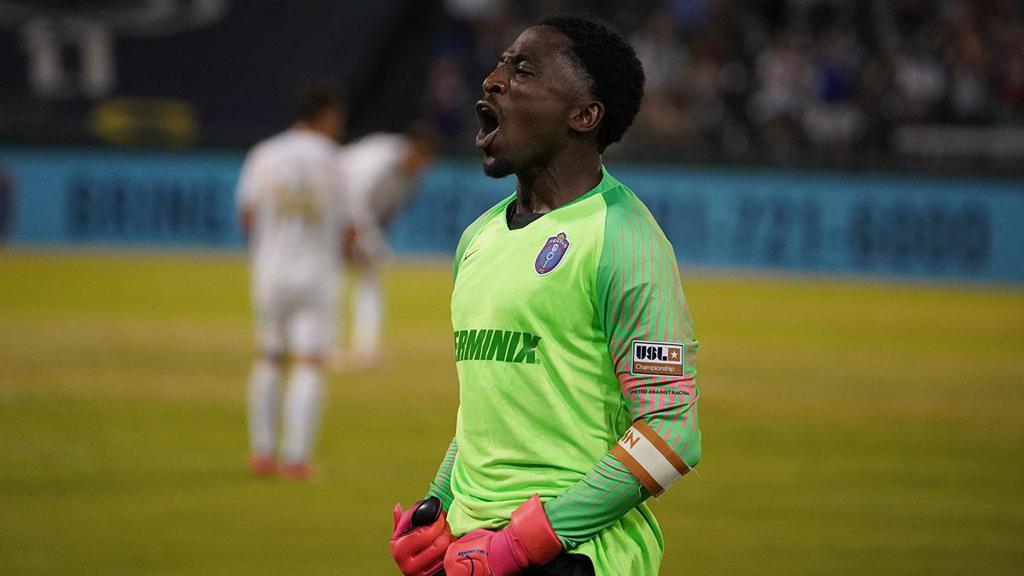 MEMPHIS, Tenn. – It’s the sort of situation even the most fastidious coach might not be prepared for.

That was the quandary facing Memphis 901 FC on Wednesday night as it looked to hold onto a one-goal lead late against Atlanta United 2 in its home opener at AutoZone Park, with John Berner unable to continue after going down in the 90th minute and the side already having made four substitutions over three second-half slots.

Back-up goalkeeper Brady Scott could only look on as Mark Segbers donned a goalkeeper jersey and gloves to take over between the sticks, a place the veteran defender was used to from playing around in practice, but not in live game situations.

“After practice sometimes I’ll jump in [goal],” Segbers told the Daily Memphian’s John Varlas. “Just kind of fun stuff. It’s definitely different when it’s a real match and points are on the line. I was just kind of over there getting a drink of water and [the coaches] asked if Kyle [Murphy] was going to do it. Then they looked at me and I said, ‘I’ll do it.’

“I felt confident in the moment.”

Segbers came through in the biggest way possible for his side. In the seventh minute of stoppage time – elongated because of the injury to Berner and subsequent move to install Segbers as the replacement goalkeeper – a misplayed clearance in the 901 FC penalty area gave Atlanta a golden opportunity to equalize, but after Josh Bauer centered for Connor Stanley, Segbers did enough to deny the shot before the ball was cleared over the sideline.

as emergency goalkeeper @urMARKgetSEGgo puts on the gloves and comes up with two saves to preserve the win!#MEMvATL | @Memphis901FC pic.twitter.com/tb6vZ2s0sN

Segbers isn’t the first player to have been forced into goal in the Championship’s history. In 2018 the situation occurred twice, first in May as Tim Kubel was forced to deputize after Toronto FC II goalkeeper Angelo Cavalluzzo went down with an injury in the 90th minute. The most notable instance of a replacement goalkeeper came in July that year when the New York Red Bulls II’s Brian White picked up the gloves after teammate Evan Louro had been sent off with the side having already used its available substitutes. White made one save on the Richmond Kickers’ Brian Shriver which added to his goal earlier in the 5-1 Red Bulls II victory, making White currently the only outfield  player in the Championship's history to have recorded both a goal and a save in the same game.

But what Segbers did outstripped both of those performance, which had little on the line when either player was introduced. The 25-year-old’s brilliant save should go down as a major piece of 901 FC lore in the young club’s history.

“[Mark] Segbers stepped up, he made a couple good saves, guys are making blocks, we’re doing the business,” said Memphis Head Coach Ben Pirmann after the game. “We talked about rewarding this community, this club, this stadium, these supporters, and we did. We won the game, and that was the biggest and most important thing. We played with heart, we played with determination, and we really pushed on them.”