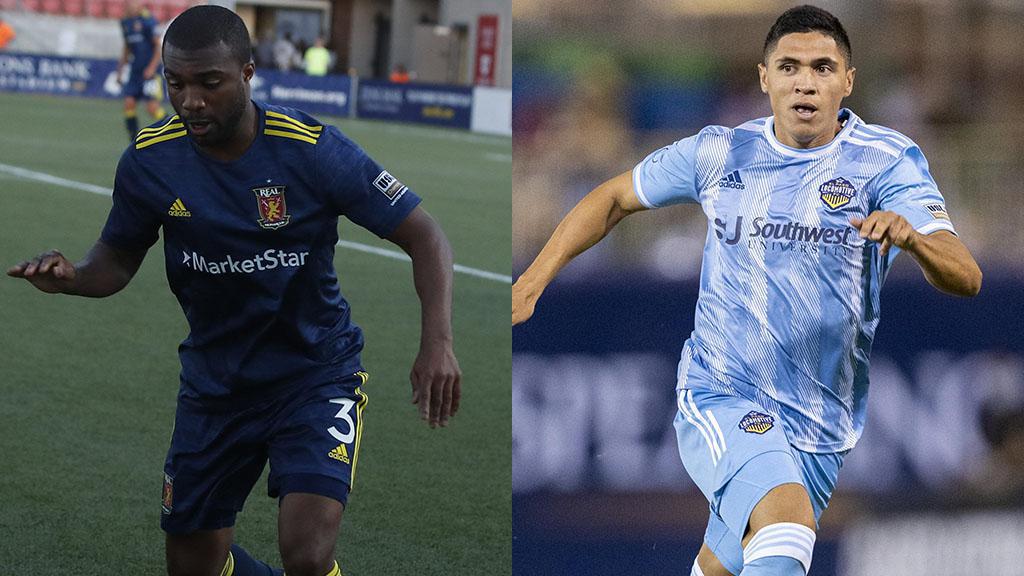 Ashtone Morgan helped lead Real Monarchs SLC to its first win of the season last week, but the hosts will get a test from El Paso Locomotive FC and Aidan Apodaca on Friday night at Zions Bank Stadium.

HERRIMAN, Utah – El Paso Locomotive FC will try to extend its undefeated run to start the 2021 USL Championship season on Friday night as it visits a Real Monarchs SLC side looking to claim a second consecutive home victory at Zions Bank Stadium. Kickoff is scheduled for 10 p.m. ET.

@RealMonarchs (1-4-2, 5pts) broke out for their first victory of the 2021 season when it was last on home turf on June 9 as it took a 2-0 victory against Sacramento Republic FC behind Milan Iloski’s first two goals in the professional ranks. The Monarchs struggled to follow up that performance, however, as they registered only three shots in a 1-0 defeat to Rio Grande Valley FC this past Saturday to remain at the bottom of the Mountain Division standings. Real plays three of its next four games at home, following the visit from Locomotive FC with games against San Antonio FC (June 26) and New Mexico United (June 30) and will need to put together a string of performances to get back into the playoff picture.

@EPLocomotiveFC (3-0-3, 12pts) is now the lone undefeated side in the Championship this season after its 1-1 draw last Saturday night against Colorado Springs Switchbacks FC and the subsequent defeat of Hartford Athletic on Sunday night. El Paso’s regular-season undefeated streak has also reached 17 games overall, which is currently the seventh-longest such streak in the Championship’s history. Locomotive FC could potentially have claimed more success this season, though, with the side ranking tied for 24th in the Championship at an 11 percent shot conversion rate and a -1.13xG margin from its Expected Goals (7.13) to its current total (6). El Paso has produced positive results consistently against the Monarchs, going 2-0-1 in its three prior regular season visits to Zions Bank Stadium that included a pair of wins during the 2020 campaign.