Goals in either half by Lancaster, Matsoso earn 2-0 win before 9,576 fans at Lynn Family Stadium 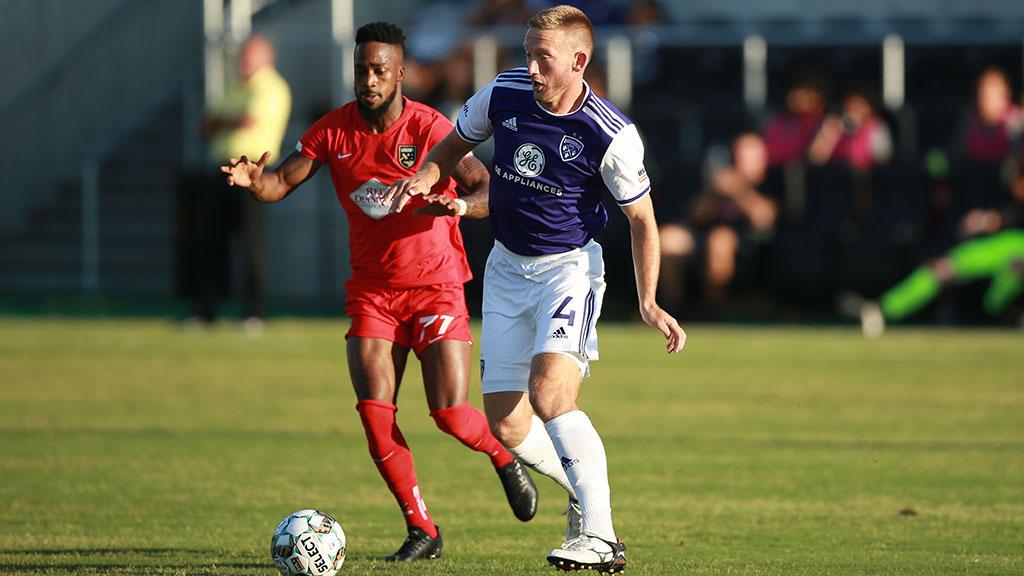 LOUISVILLE, Ky. – Goals by Cameron Lancaster and Napo Matsoso saw Louisville City FC close the gap to Birmingham Legion FC at the top of the USL Championship’s Central Division in a 2-0 victory on Wednesday night before 9,576 fans at Lynn Family Stadium.

Just as in the first meeting between the clubs this season, LouCity looked to get out to a fast start. Lancaster forced the first save of the game inside the opening minutes with a curling finish from 20 yards that forced Birmingham goalkeeper Matt VanOekel into a tipped save that sent the effort over the crossbar. The hosts took the ensuing corner short, but while the angled delivery from the right fell loose in the penalty area, Legion FC was able to clear.

Birmingham’s first good look came in the ninth minute as it turned over possession in the attacking third, which allowed Daigo Kobayashi to control and fire toward the top-right corner of the net that produced an excellent save from LouCity goalkeeper Chris Hubbard. Louisville took the lead in the 25th minute, however as a foul by Legion FC’s Anderson Asiedu on Lancaster was ruled to come just inside the penalty area, allowing the English forward to convert high into the left side of the net from the spot.

The hosts went close to doubling their lead 11 minutes before halftime as Niall McCabe delivered a free kick from the left side that found Sean Totsch for a strong header that VanOekel parried behind for a corner. Legion FC then hit the woodwork four minutes later as Junior Flemmings and Neco Brett combined on the left, allowing Brett to deliver a back-post cross that JJ Williams headed onto the right upright before the rebound caromed off Mikey Lopez and behind for a goal kick.

Louisville struck again three minutes into the second half, however, coming out with strong energy after the resumption. Lancaster played a backheeled pass for Jonathan Gomez as he joined the attack on the left side, and the 17-year-old drove toward the goal line inside the penalty area before cutting back a cross that Matsoso tucked home at the near post.

Neco Brett looked to get the visitors back into the game four minutes later as from a free kick 10 yards from the goal line outside the left edge of the penalty he elected to shoot, forcing a punched clearance from Hubbard as a crowd of players moved toward him. Asiedu then went close on a long-range strike midway through the second half that went just wide of the right post.

Making his 200th Championship regular-season appearance as a second-half substitute, Kyle Greig almost marked the landmark with a goal with six minutes to go as he ran onto a through-ball but was met just outside the penalty area by VanOekel, who got his body in the way of the shot and cleared. The visitors were unable to find a way back into the game late, however, as LouCity took its second consecutive victory.