After jump into the deep end as assistant, 901 FC Head Coach is ready to lead club’s renaissance 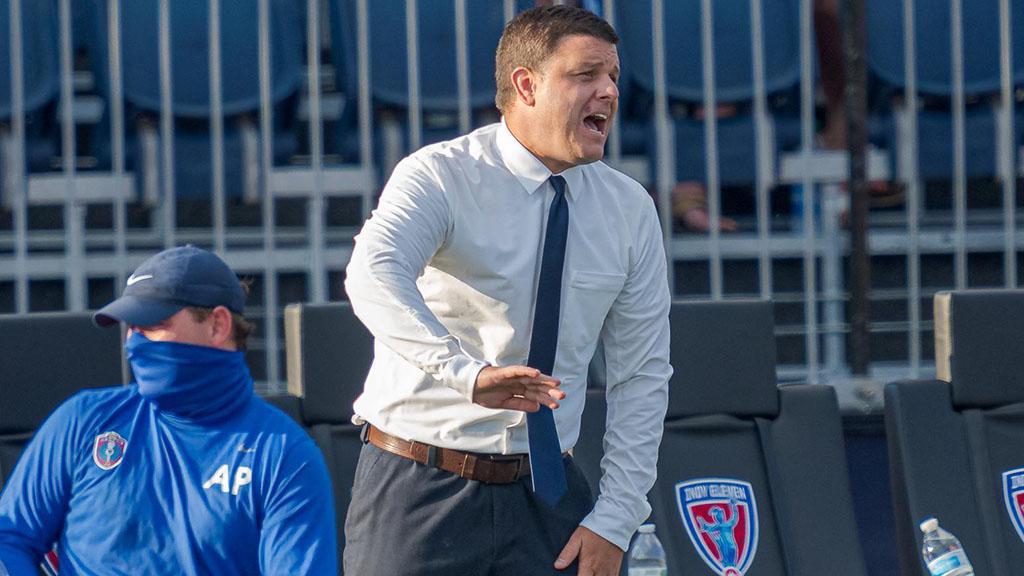 Memphis 901 FC's Ben Pirmann has taken the permanent role of Head Coach this season and is looking to use his past experiences to build a successful on-field product in the club's third season. | Photo courtesy Matt Schlotzhauer / Indy Eleven

MEMPHIS, Tenn. – Viewed from a certain perspective, the task that Memphis 901 FC Head Coach Ben Pirmann has taken on has similarities to his past as an assistant coach at Michigan State University.

“When we were at Michigan State, we only had in-state scholarships, so we knew we didn’t have some of the resources that some of the other schools had, so we had to work to win in different ways,” said Pirmann this week. “It’s somewhat similar here in Memphis [in terms of roster budget], so we have to do things with a good balance. We have to be good in all the phases of the game, from organized attacks and defending to restarts and transition moments.”

Whatever you do, though, don’t underestimate what 901 FC is aiming to build.

While the club has certainly faced its fair share of on-field disappointment over its first two seasons in the USL Championship, the determination to succeed as an underdog – much like the city it represents – remains strongly felt by Pirmann and others at the club.

It’s the sort of challenge that brought the 35-year-old into the professional game from his former positions as both an assistant with the Spartans program and Head Coach at Detroit City FC, where he immersed himself in the game during the summer months away from campus in East Lansing. In Detroit, an attacking, progressive style of soccer helped make his name, providing fireworks on the field to complement the smoke in the stands at Keyworth Stadium.

As he arrived in Memphis as an assistant to former Head Coach Tim Mulqueen, though, it was a very different experience to the one he’d found in the college and semi-pro game.

“That was a big thing for me,” said Pirmann. “There was no rest for us. We were at Michigan State, we went to the [College Cup], we were playing until mid-December, I had two or three days to get my house packed up to move down here, and really, we hit the ground running. It was even more being thrown into the deep end in that we were an expansion club, and it wasn’t just match-prep and training and all of these things, it was signing players, it was recruitment, and the recruitment process for me was obviously strange because I had never recruited at the professional level. Definitely was thrown into the deep end.”

Mulqueen’s time at the club came to an end late last season as 901 FC was unable to produce enough consistent results through its first two seasons. Pirmann took over as interim Head Coach, picking up two wins in the final three games of the season, ironically against the two sides that would end up representing Group G in the USL Championship Playoffs, the Charlotte Independence and Birmingham Legion FC. That led to being appointed as the permanent Head Coach this offseason, and another learning curve as he became the biggest voice in the room. 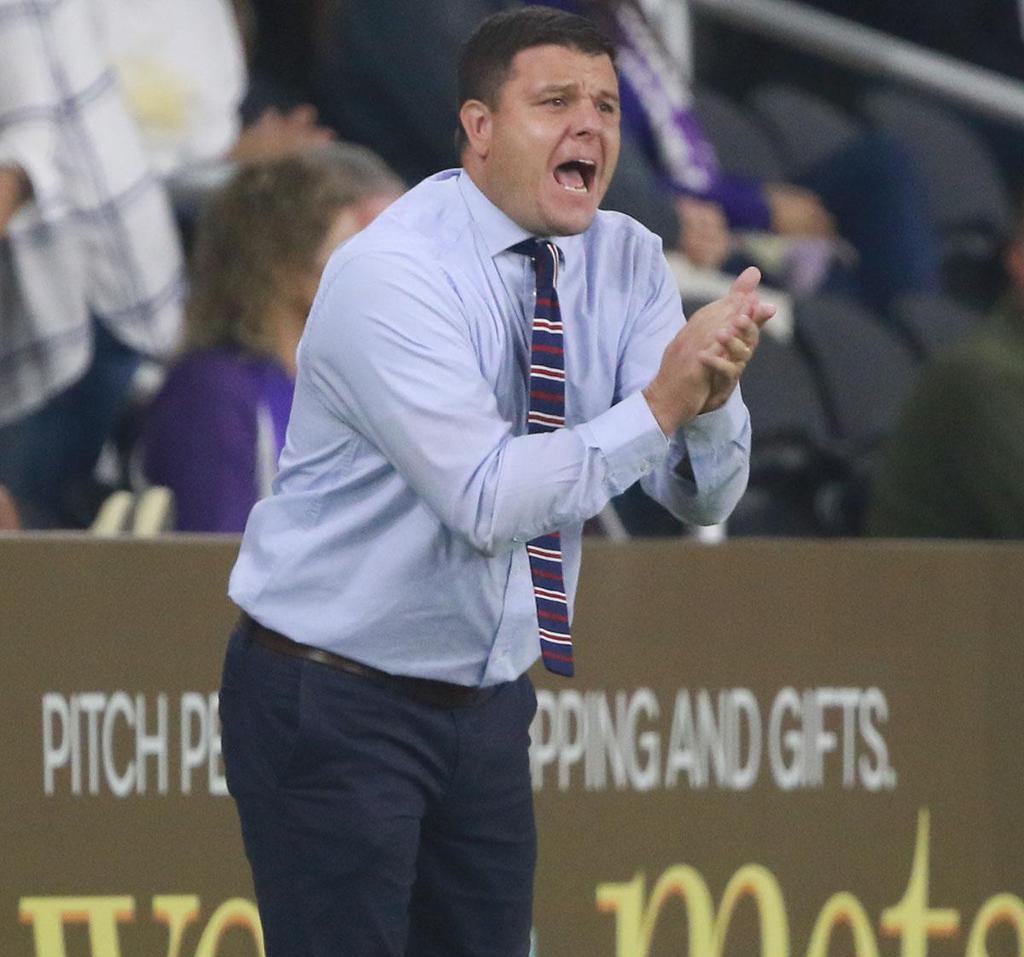 “I think probably one of the biggest things for me is the daily approach,” said Pirmann, who is wholesome in his praise for Mulqueen and the experience he gained working alongside him. “The players, when I was an assistant, I can say things and they can say, ‘Oh, yeah, yeah, yeah,’ but at the end of the day it was the boss’ call, the Head Coach. Now that I’m the full-time Head Coach, if I say something, I need to be ready to back it up, so I can’t say one day, ‘you should do this and this,’ and then the next day say, ‘oh, you should do that,’ because the players are dialed in, focused.

Success has been incremental so far this season. 901 FC was one of the last in the Championship to start training camp in April while still adding new players to build out its squad. While that was the case, there is recognizable talent in the mix, with players like Dre Fortune, Kyle Murphy, Michael Salazar and Laurent Kissiedou all finding a new home in Grind City. Picking up players discarded from MLS training camps, or simply looking for a place where they can build their careers, Pirmann has a side that in some performances – most notably a 2-1 road win against Indy Eleven two weeks ago – that appears to be coming together as hoped. 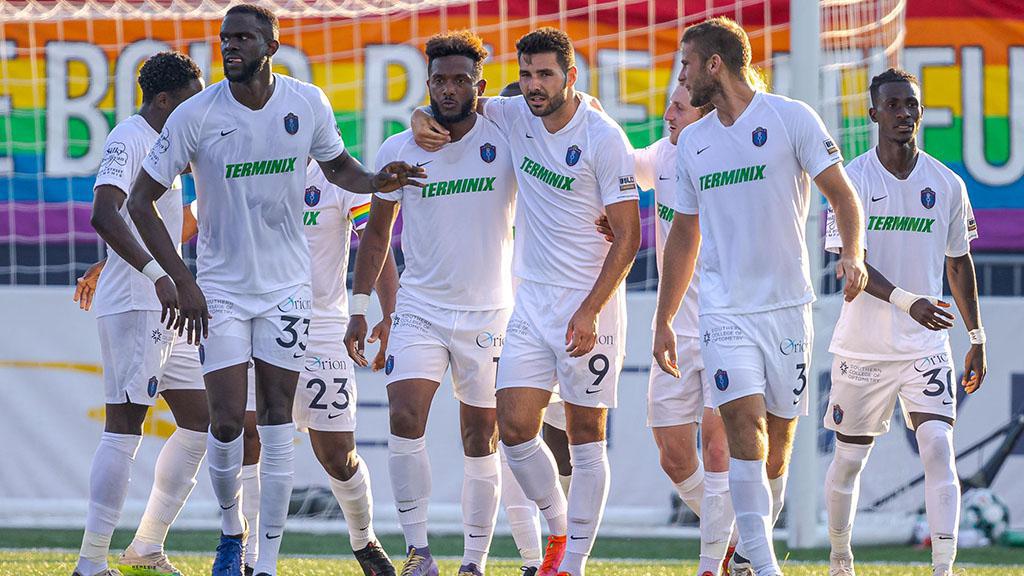 With numerous new faces this season, Memphis has already claimed a notable victory this season in defeating Indy Eleven on the road to open the month of June. | Photo courtesy Trevor Ruszkowski / Indy Eleven

“Part of our learning experiences are going to be on the fly, but we’re here to work, we’re here to win games. We’re not just here to get better,” said Pirmann. “I’m a firm believer in the process and I’m a firm believer that results take care of themselves, and if we do things the right way, train hard and play football the right way, we will improve and the results will take care of themselves. Then it goes back to that winning mentality, that’s got to be the ultimate eye-opener for us.”

While that work continues, Memphis is becoming home for Pirmann, his wife Paige, and their dog. The couple had visited the city and Graceland before their move to the city – “My wife, when I met her, she had one tattoo and it was a silhouette of Elvis on her back, so she’s a huge Elvis fan,” said Pirmann – and they now live downtown near the Mississippi River. Daily walks around the city have become a way of life, while Pirmann swears by the food at the Brass Door, the Irish pub that’s close by to AutoZone Park.

“We’ve never lived downtown before, so we walk everywhere,” said Pirmann. “We have a dog that we take out every day for a three, four-mile walk, you can pop down to the store, get a coffee, get a drink, get a sandwich, get whatever. We live 100 yards from the river, so it’s in a beautiful part. We enjoy being outside as much as possible. We really enjoy that culture of not having to leave our two-mile by two-mile area and get as much done as you want.” 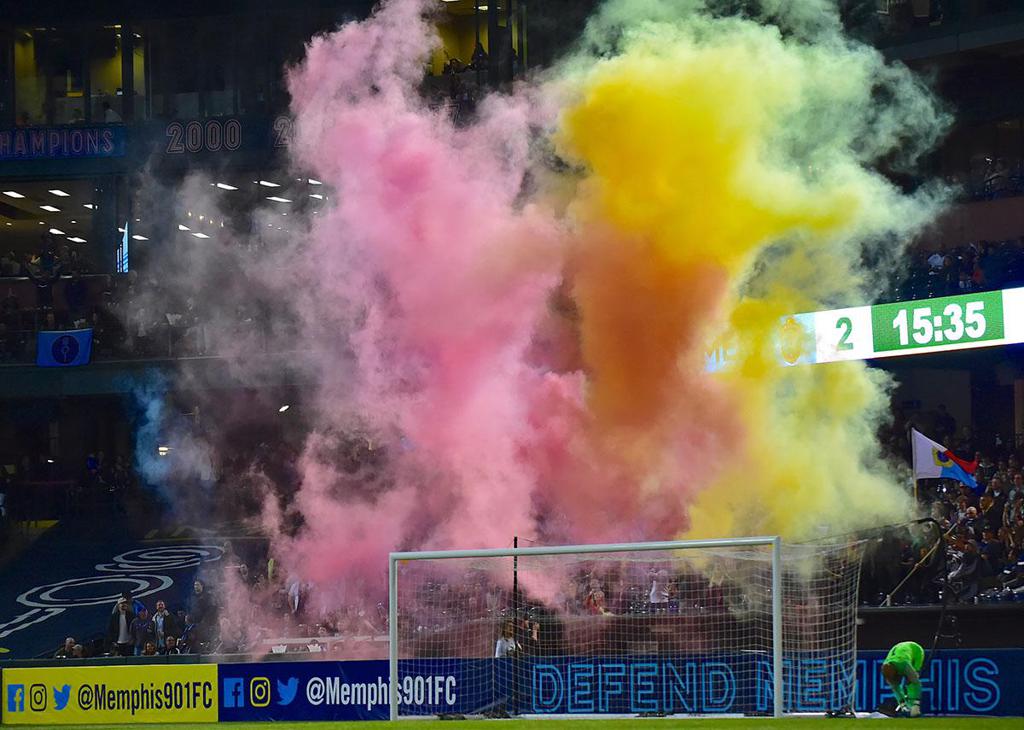 Memphis 901 FC will welcome fans back to AutoZone Park on Wednesday night for the club's home opener, where the Bluff City Mafia and others will be ready to re-greet their club. | Photo courtesy Memphis 901 FC

Pirmann has also enjoyed the reception the club has received from its fans, who are set to be back on Wednesday night for the first time since the club’s 2020 home opener. Having experienced the reopening of other venues in a five-game road trip to start the season – including last Saturday night when it was the visitor for Louisville City FC’s first full-capacity game before more than 12,000 fans at Lynn Family Stadium – the club and players old and new are looking forward to playing for its fans once again.

For Pirmann, Wednesday night’s game with Atlanta United 2 serves as the next step to building a club that both on the field and organizationally will become one of the more respected in the Championship. While that goal remains on the horizon, there is a belief that the club is on the right path to success.

“We’re five games in, so we have 27 matches left, and I think if over these 27 matches we constantly improve, we can take care of winning games at home, we’re going to put ourselves in a spot where we’re competitive at the end of the year.”