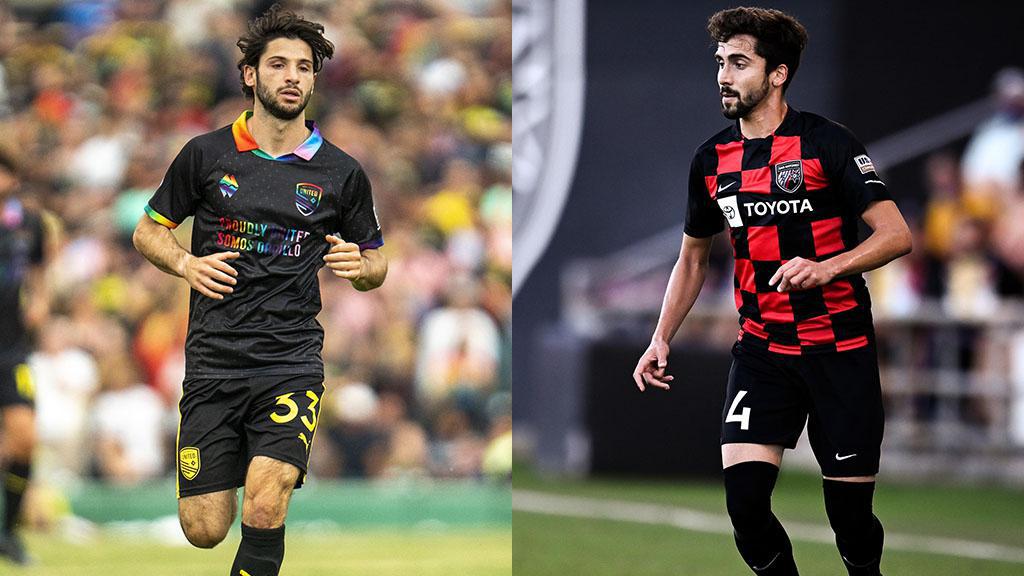 New Mexico United's Harry Swartz and San Antonio FC's Chris Lema could be central figures as their sides meet for the first time this season with only a point separating the clubs in the Mountain Division standings.

ALBUQUERQUE, N.M. – New Mexico United and San Antonio FC will square off for the first time since the 2020 USL Championship Playoffs on Wednesday night at Isotopes Park with the two teams vying for a move into second place in the Mountain Division standings. Kickoff is scheduled for 9:30 p.m. ET.

@NewMexicoUTD (3-2-2, 11pts) played to a scoreless draw in its most recent outing last Saturday night as it was held on home turf by Austin Bold FC. United held 75 percent of possession against Austin, but was unable to break down a stubborn defensive set-up by the visitors and finished the night without a shot on target in a regular-season contest for the first time in its history. New Mexico defeated San Antonio 1-0 in the 2020 USL Championship Playoffs as former player Chris Wehan scored the only goal in extra time, and United also claimed victory in San Antonio’s lone prior visit to Isotopes Park as Wehan scored twice and Devon Sandoval once in a 3-0 win in the 2019 season. The hosts will be hoping for a similar performance this time around as they look to jump past El Paso Locomotive FC in the standings.

@SanAntonioFC (2-1-4, 10pts) is undefeated in its last four games, but has also drawn its past three after playing to a 1-1 result against Las Vegas Lights FC at Cashman Field last Friday night. SAFC took an early lead through Joaquin Varela but was unable to hold off the hosts, conceding a second-half equalizer to finish all square. Varela was the sixth different player to find the net for San Antonio this season as the side sits sixth in the league with 11 goals and fifth with 98 shots, but the visitors will again be without leading scorer Santiago Patino as he serves the second game of a three-game suspension as SAFC looks for its first road win of the campaign.