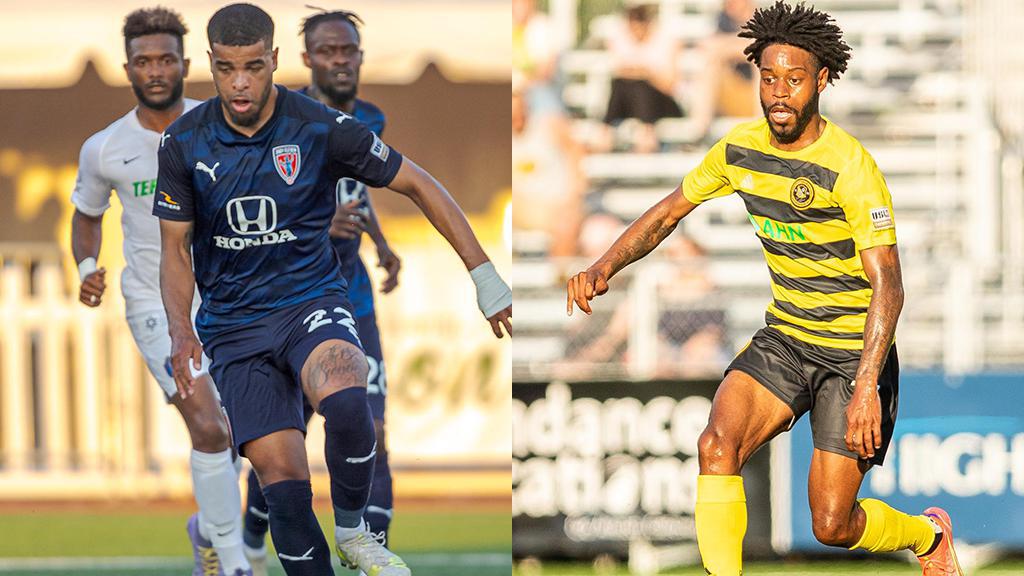 Indy Eleven's Jordan Hamilton and Pittsburgh Riverhounds SC's Alex Dixon have both been key attacking figures for their sides this season as Indy and Pittsburgh prepare to meet on ESPN Deportes on Tuesday night.

INDIANAPOLIS – Indy Eleven and Pittsburgh Riverhounds SC square off on national television for a second consecutive season on Tuesday night in an interdivision contest in the Eastern Conference at Michael A. Carroll Stadium on ESPN Deportes on Tuesday night. Kickoff is scheduled for 8 p.m. ET.

@IndyEleven (3-3-1, 10pts) returns home after suffering defeats in its last two outings, most recently falling 2-0 on the road against El Paso Locomotive FC last Wednesday night. Head Coach Martin Rennie’s side is looking for its first win in June after scoring two goals in the past three games. The side currently sits with an 11.1 shot conversion rate this season despite sitting tied for 11th in the league with 83 total shots this season. Indy claimed a pair of victories when it faced Pittsburgh last season, including a 1-0 win at Lucas Oil Stadium that saw the side hold firm despite playing down a player for the final 40 minutes that moved the Boys in Blue’s home record to 2-0-1 against the Hounds in the series between the club. Another win on Tuesday would see Indy move into second place in the Central Division standings.

@RiverhoundsSC (2-3-2, 8pts) is also looking to get back on track after going without a win in its last two outings. The Hounds scored their first goal at home on Saturday night this season as Russell Cicerone scored his fourth goal of the campaign, but the side was held to a 1-1 draw by Miami FC to keep Pittsburgh without a win at Highmark Stadium in three games. Alex Dixon provided the assist on Cicerone’s goal and has three for the season – tied for second in the league – while sitting tied for the team lead with Kenardo Forbes with 10 key passes this season. Pittsburgh has put up positive road results since the start of the 2019 season under Head Coach Bob Lilley, going 17-8-5 in that span, and will be hoping to unlock the Indy defense after held scoreless in the two meetings between the sides last year.