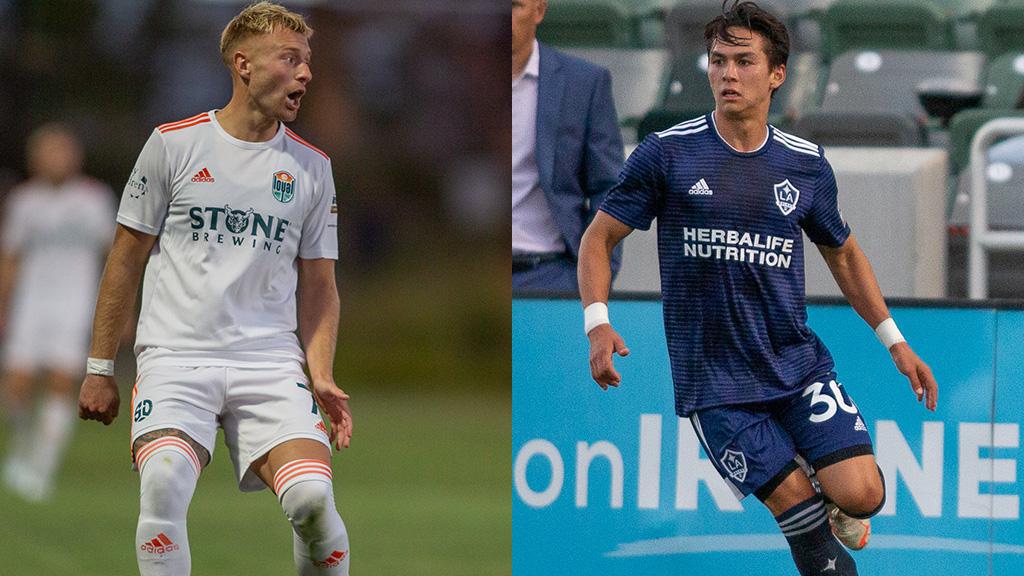 San Diego Loyal SC's Jack Blake and the LA Galaxy II's Josh Drack have each been key players for their sides this season and will be looking for all three points as the clubs meet for the first time in 2021 on Saturday.

SAN DIEGO – San Diego Loyal SC will look to continue a three-game undefeated streak as it plays host to the LA Galaxy II on Saturday night at Torero Stadium looking to gain ground on second-placed Los Dos in the Pacific Division. Kickoff is scheduled for 10:30 p.m. ET.

@SanDiegoLoyal (1-4-2, 5pts) played to a second consecutive draw on Wednesday night as it took a 1-1 result against Orange County SC at Championship Soccer Stadium. Tumi Moshobane gave the visitors the lead in the first half before Orange County hit back to level after the break as San Diego moved to five points this campaign. The hosts will be looking for a second consecutive home victory back at Torero Stadium, however, after earning a 2-1 win against Las Vegas Lights FC in their home opener on May 29. The side has continued an improvement in form since the arrival of Miguel Berry on loan from Columbus Crew SC and the signing of midfielder Miguel Ibarra, and with a win on Saturday night could vault into the top four in a congested middle of the pack in the Pacific Division.

The @LAGalaxyII (3-2-2, 11pts) currently sit above that fray in second place after taking a thrilling 4-3 victory against Orange County SC in its last outing on May 29 that saw Sebastian Nava score an 88th-minute winner after the side had initially twice held a two-goal lead before the hosts rallied back. Jorge Hernandez provided the assist on Nava’s goal and also found the net himself to move to four goals this season, tied for fourth in the Championship. Los Dos has been up and down so far this season, however, and Saturday provides its next chance to string together back-to-back victories this campaign. The side will have good memories of its last trip to Torero Stadium, however, as it took a 1-0 win behind a goal by Jesus Vazquez on its lone visit in the 2020 season.