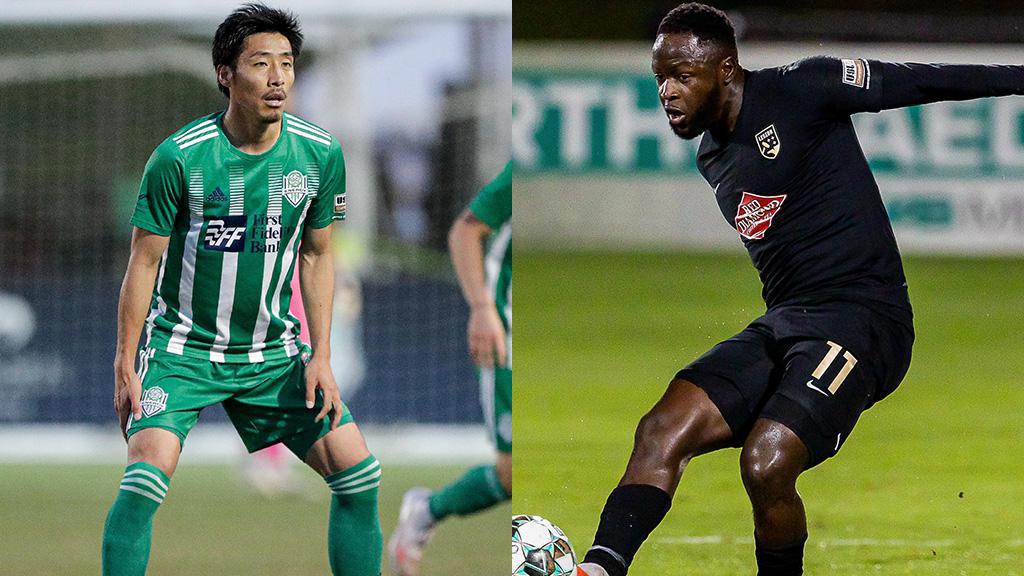 OKC Energy FC's Hiroki Kurimoto and his teammates will try to slow down Birmingham Legion FC forward Neco Brett, who is one goal away from reaching 50 regular-season goals for his career as he enters Saturday's contest between the clubs.

OKLAHOMA CITY – OKC Energy FC will look to shed its tag of the only remaining winless side in the Championship this season as it plays host to a Birmingham Legion FC side that has won its last three outings at Taft Stadium on Saturday night. Kickoff is scheduled for 8:30 p.m. ET.

@EnergyFC (0-3-4, 4pts) played to a 1-1 draw on the road against Indy Eleven in its most recent outing on June 2, but two days later announced it had parted ways with Head Coach John Pascarella. The club has installed assistant coach Leigh Veidman as interim Head Coach, and he will lead the side into Saturday’s game having played to a draw in four of its last five outings. The club also announced on Thursday it had added former player Gareth Evans as an assistant coach, with Evans having entered the coaching ranks with the club’s youth partner Oklahoma Energy FC after earning two Championship All-League selections at the club in his playing days. Energy FC has shown some promising individual performances, including that of defender Robert Coronado against Indy that saw him earn a place in the Championship’s Team of the Week this past Tuesday, but the side will get a strong test back on home turf in Veidman’s first game at the helm.

That’s because opponent @BHMLegion (4-2-1, 13pts) enters with the longest current winning streak in the Championship after a 2-1 victory against FC Tulsa last Sunday night that saw Neco Brett score both goals at BBVA Field for its third consecutive win. Legion FC has moved to the top of the Central Division standings during its current run of form, while Brett has reached 49 regular-season goals for his career as he sits with five so far this season, one behind current league-leader Santi Moar of Phoenix Rising FC. Birmingham’s win against Tulsa marked its first multi-goal game of the season so far, with its defense having recorded three shutouts and goalkeeper Matt VanOekel sitting on 25 saves this season, second-most in the Championship. Birmingham will be hoping to continue its current run as it faces Energy FC for the first time in their respective histories.