Atlanta, Sporting both look to build on victories as they meet at Fifth Third Bank Stadium 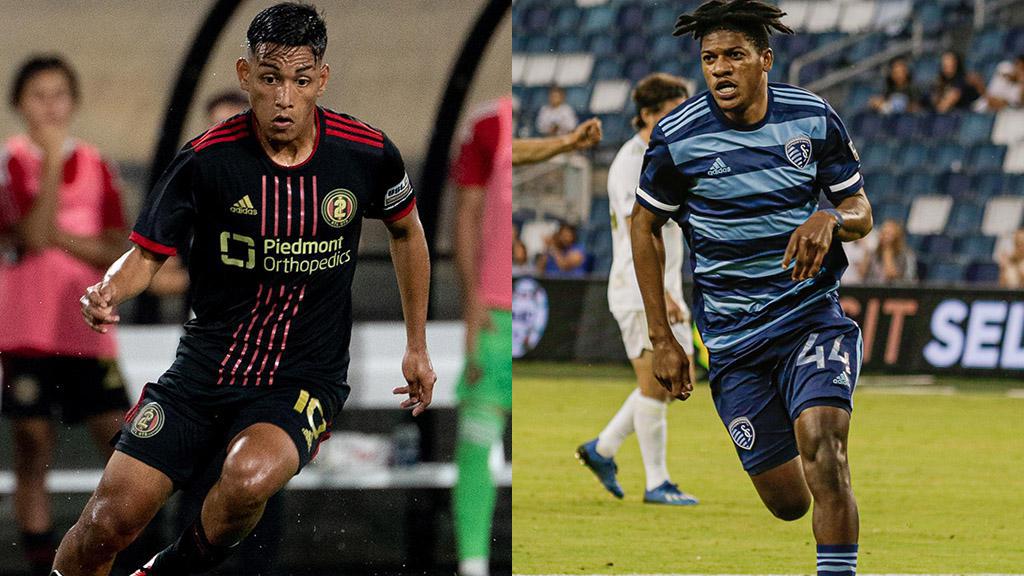 Atlanta United 2's Darwin Matheus and Sporting Kansas City II's Rojay Smith both featured off the bench for their sides as they took victories last time out.

KENNESAW, Ga. – Atlanta United 2 and Sporting Kansas City II will both look to build on victories last time out as they meet for the first time this season on Wednesday night at Fifth Third Bank Stadium. Kickoff is scheduled for 7:30 p.m. ET.

@atlutd2 (3-2-2, 11pts) earned a 1-0 victory on Sunday night against Louisville City FC as goalkeeper Alec Kann recorded a seven-save shutout that included a key late penalty kick save to deny LouCity’s Niall McCabe, while Aiden McFadden scored the lone goal of the game for his fifth goal of the season. The win was Atlanta’s first in club history against Louisville and moved the side into second place in the Central Division at the end of Week 7. A 2021 MLS SuperDraft pick by Atlanta United FC, McFadden is now tied for second in the Championship in goals. Atlanta has had success against SKC II previously, going 1-0-1 in their prior two meetings during the 2019 Championship season including a 2-1 win on home turf that saw Jackson Conway find the net. A win on Wednesday night would see Atlanta move past Birmingham Legion FC and into first place in the standings.

@SportingKCII (1-3-3, 6pts) earned its first win of the season last Wednesday night as four different players scored their first professional goals in a 4-1 win against FC Tulsa at Children’s Mercy Park. Grayson Barber led the side with one goal and one assist, while the game also saw a notable first as Cameron Duke not only scored his first goal for the club but also shared the field with elder brother Christian Duke for the first time in the professional ranks as well after Christian came on as a second-half substitute. SKC II’s performance against Tulsa saw its attack break out after scoring only twice in its prior six games, but the side ranks sixth in the Championship with 80 shots and 10th in Expected Goals at 8.49xG, suggesting better attacking form could be on the way after its last outing.