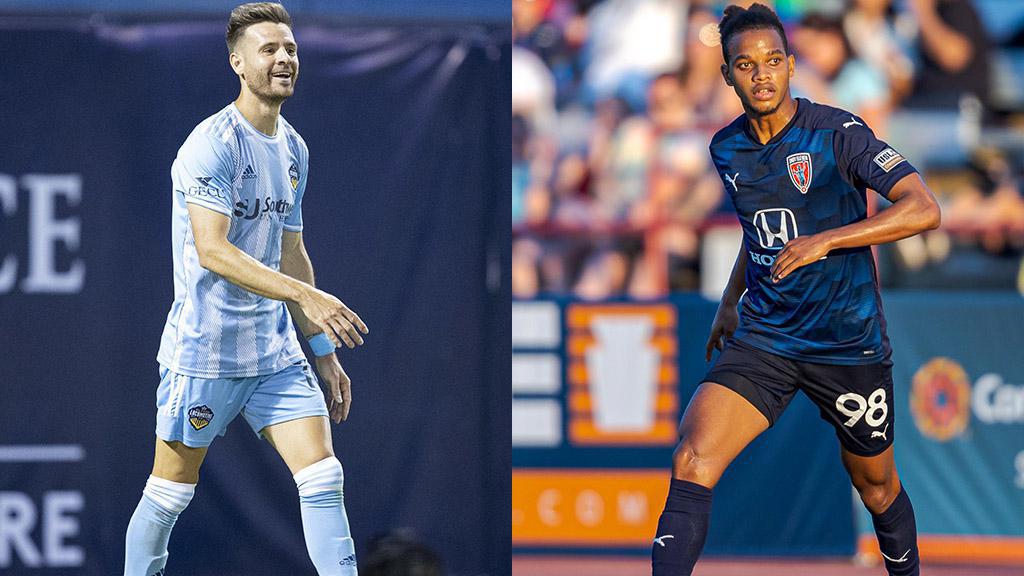 El Paso Locomotive FC's Luis Solignac and Indy Eleven's Peter-Lee Vassell are set to feature as their sides square off in an interconference matchup on Wednesday night.

EL PASO, Texas – El Paso Locomotive FC will aim to close the cap to the sides at the top of the Mountain Division as it plays host to Indy Eleven in an interconference matchup on Wednesday night at Southwest University Park with the visitors looking to rebound from a loss last time out. Kickoff is scheduled for 9 p.m. ET.

@EPLocomotiveFC (2-0-2, 8pts) is the last undefeated team standing in the Championship’s Western Conference going into Week 8 after recording a 1-0 win last Thursday night against Austin Bold FC. The victory marked the first professional start for 17-year-old Diego Luna, and the highly-rated youngster produced a solid performance that included the only goal of the game early in the second half to send the visitors to victory at Bold Stadium. Locomotive FC has recorded three consecutive shutouts going into its clash with Indy, the past two with Adrian Zendejas in goal for the side, but Wednesday night could see the return to action of goalkeeper Logan Ketterer after his short-term loan to the Portland Timbers concluded last week. El Paso has put together impressive performances overall defensively, though, having allowed only 29 shots in four games while posting an Expected Goals Against mark of 2.57, second-lowest in the Championship.

@IndyEleven (3-2-1, 10pts) suffered its second loss of the season this past Saturday as it fell 2-1 to Memphis 901 FC at Michael A. Carroll Stadium, a result that dropped the side to third place in the Central Division. Indy got a late goal by Karl Ouimette as it attempted a comeback, but the side was restricted to only one shot on target before the 90th minute as the visitors claimed an impressive victory. Indy has been led in attack this season by Jordan Hamilton, who has recorded three goals, while Manuel Arteaga leads the team with 25 shots and Gordon Wild has three assists. The attacking trio will need to be at their best to break down an El Paso defense that has proven difficult to negotiate for opposing sides so far if the visitors are to pick up a bounce-back victory.