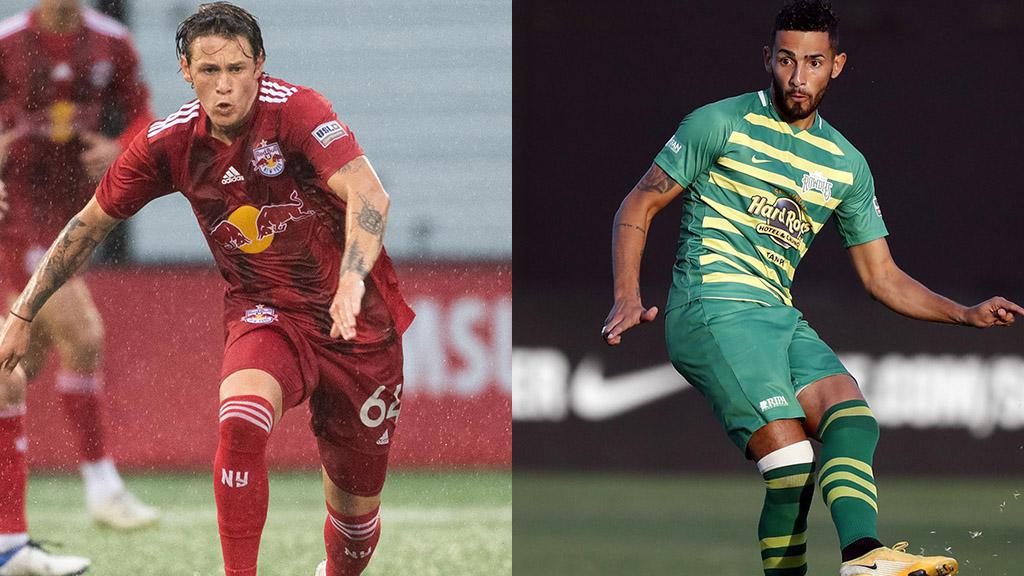 The New York Red Bulls II's Jake LaCava and Tampa Bay Rowdies' Leo Fernandes are set to lead their sides into action on Wednesday night at MSU Soccer Park as the Rowdies look for their fifth consecutive win to start the season.

MONTCLAIR, N.J. – The Tampa Bay Rowdies face their first road game of the season on Wednesday night as they visit the New York Red Bulls II at MSU Soccer Park looking to build on the club’s current four-game winning streak to start the season. Kickoff is scheduled for 7 p.m. ET.

@NYRBII (1-3-2, 5pts) is still looking for its first home victory of the season after suffering a 3-0 defeat to Pittsburgh Riverhounds SC last Friday night. The hosts appeared sharp at times in attack but a four-save shutout by Pittsburgh goalkeeper Danny Vitiello proved key as the Hounds struck twice in the opening half-hour to pull out to a lead they wouldn’t relinquish. The Red Bulls II have looked bright in attack, with 18-year-old Roald Mitchell continuing to develop as a threat alongside Omar Sowe, but the side has struggled defensively conceding 11 goals in six games while sitting with the fifth-highest Expected Goals Against total in the Championship at 9.05 according to American Soccer Analysis, having conceded 78 shots in six outings so far.

The @TampaBayRowdies (4-0-0, 12pts) enter with the lone perfect record in the Championship after taking a 2-1 victory against Miami FC on May 22 in its most recent outing. The Rowdies now have a chance to equal the best start to a season in the Championship’s history this week as they visit both the Red Bulls II and the Charlotte Independence on Saturday night. A pair of wins would see Tampa Bay move level with the Richmond Kickers (2011) and Rochester Rhinos (2012) with six consecutive wins to start the season. The Rowdies have been led by forwards Sebastian Guenzatti (four goals) and Steevan Dos Santos, who has recorded a goal in each of the club’s past three outings, while defensively goalkeeper Evan Louro – a former Red Bulls II standout – has allowed only two goals in four outings.