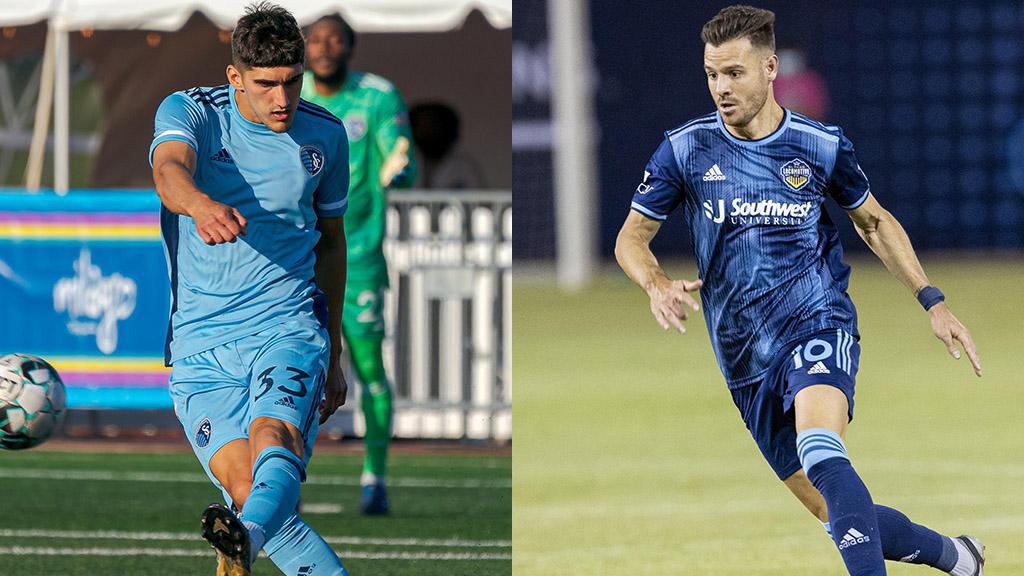 Sporting Kansas City II's Daniel Barbir and El Paso Locomotive FC's Dylan Mares are set to square off when their clubs meet for the first time at Children's Mercy Park on Sunday evening.

@SportingKCII (0-3-2, 2pts) is still looking for its first win of the season after alternating losses and draws in its opening five games of the campaign. Last Saturday afternoon saw the side fall 2-0 to Indy Eleven at Michael A. Carroll Stadium in a contest that saw the visitors struggle to find attacking inroads, recording only three shots overall and two shots on goal. Sporting’s -8 goal differential currently ranks second-lowest in the Championship as the side sits tied for fourth most shots conceded (68), and Head Coach Paulo Nagamura will be looking for a tighter defensive display that can allow the attacking talent he has including potentially 18-year-old Homegrown signing Tyler Freeman the chance to put pressure on the Locomotive FC back line.

@EPLocomotiveFC (1-0-1, 4pts) picked up its first victory of the season in impressive fashion last Saturday night as it snapped the three-game winning streak of Rio Grande Valley FC in a 1-0 result at Southwest University Park. Forward Luis Solignac scored the fastest goal in Locomotive FC history after just 18 seconds to put the hosts ahead, and from there while more chances came for El Paso the side’s defense stifled the Toros in a complete all-around performance. Locomotive FC’s visit to Sporting marks the first official meeting between the two clubs and begins a two-game road trip that will also see El Paso visit Austin Bold FC next Thursday night on ESPN Deportes as Mark Lowry’s side looks to make ground on the teams at the top of the Mountain Division with its games in hand.