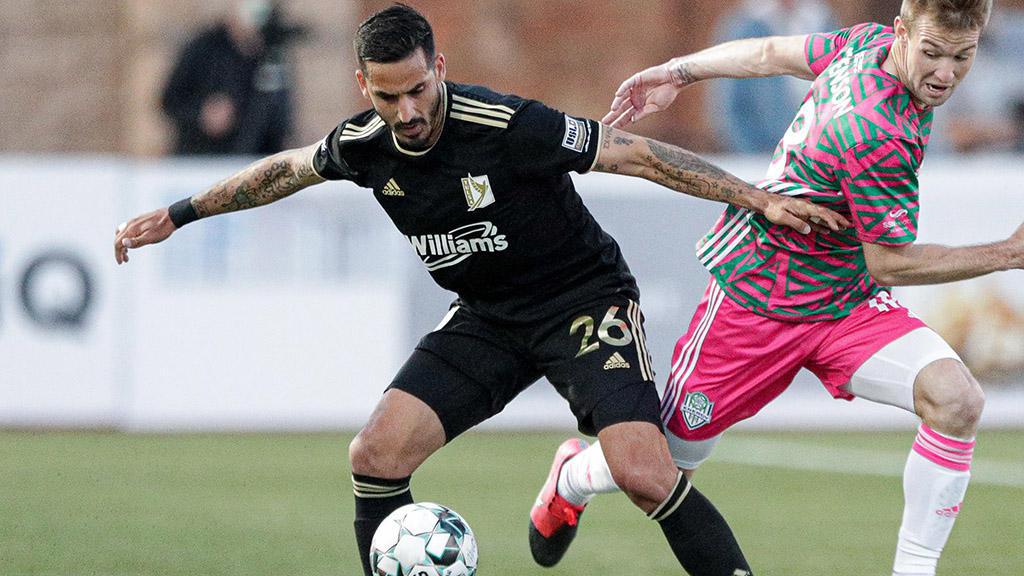 FC Tulsa's Jorge Luis Corrales has made four appearances this season to help his side to three wins and a place atop the Central Division standings. | Photo courtesy Steven Christy / OKC Energy FC

FC Tulsa’s Jorge Luis Corrales and Fort Lauderdale CF’s Modesto Mendez and Dairon Reyes have been named to the Cuba Men’s National Team squad that will compete in FIFA World Cup Qualifying in June. Corrales retains his place in the squad, while the announcement marks the first call-up to the senior national team for both Mendez and Reyes.

Cuba will face the British Virgin Islands on Wednesday, June 2 at 5:30 p.m. ET before facing St. Vincent and the Grenadines on Tuesday, June 8 to complete the qualifying round after suffering defeats to both Curacao and Guatemala in its opening two games.

The side will also likely use the two games as preparation for the final stage of Concacaf Gold Cup Qualifying in July, which will see Cuba face French Guiana in the opening round of the 12-team bracket to be held in Fort Lauderdale, Fla. to determine the final three qualifiers for this summer’s tournament.

Corrales returned to Tulsa this offseason after spending three seasons in Major League Soccer. The 26-year-old has been part of the club’s strong start to the 2021 Championship season that has seen Tulsa win three of its first four games to sit top of the Central Division. Corrales started in both games for Cuba as he returned to his country’s national team for the first time in six years.

Joining Corrales in Cuba’s defensive call-ups, Mendez has appeared in five games this season for Fort Lauderdale CF in League One and leads the team with 17 interceptions while sitting second with 15 clearances. The 23-year-old has also won 18 of 27 duels and recorded six tackles while completing 84.3 percent of passes overall. A native of Pinar del Rio, Mendez joined FTLCF in the 2020 season.

Reyes also earns his first call-up after also joining the club last season. A native of Havana, the 17-year-old is currently a USL Academy signing for FTLCF and has made three appearances as a substitute this season. In 2020, Reyes made five appearances and recorded his first goal in League One during a 2-2 draw against Forward Madison FC on October 14 in the side’s penultimate game of the regular season.