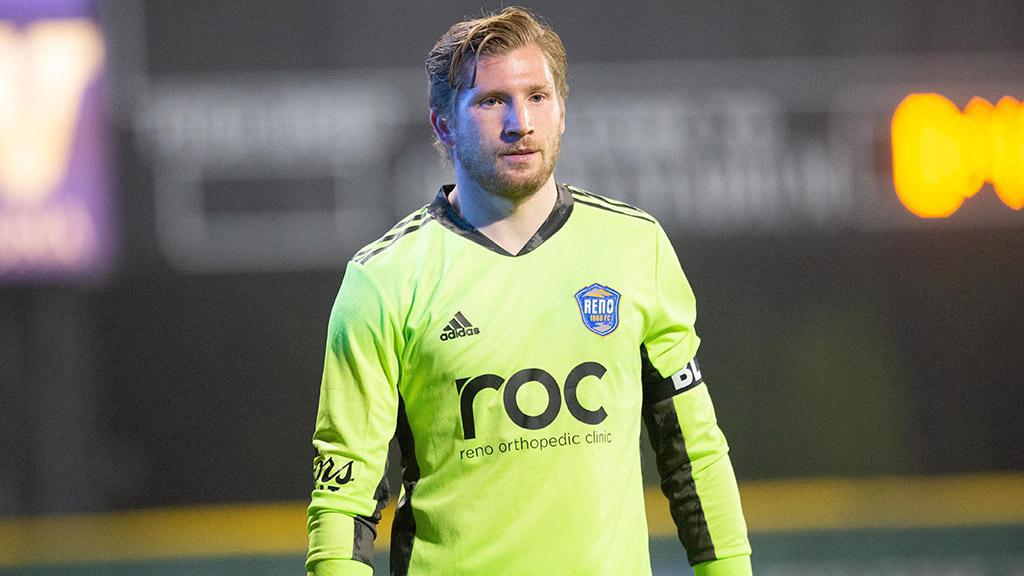 El Paso Locomotive FC has signed goalkeeper Ben Beaury for the 2021 USL Championship season, with the 25-year-old having helped Reno 1868 FC to the best record in the Championship in 2020. | Photo courtesy David Calvert / Reno 1868 FC

Beaury’s arrival has been precipitated by the current loan of Locomotive FC goalkeeper Logan Ketterer to Major League Soccer’s Portland Timbers, with Ketterer having made his MLS debut while recording a shutout and a penalty kick save last Saturday night against the San Jose Earthquakes.

“Bringing Ben on board makes a lot of sense in the current situation,” said Head Coach and Technical Director, Mark Lowry. “With Logan leaving for this short period we feel we needed to add a bit of experience to our goalkeeping department. Ben played every game for Reno last season so now he has plenty of Championship experience.

“Marco [Canales] has been doing really well since he arrived a couple months ago but he is still only 19. We want to make sure we look after him, develop him and push him at the right time. We have faith in him, but we have to look after the whole group and make sure all departments have depth and are prepared for all situations.”

Beaury joins El Paso having most recently played at Reno, where he was on loan from New Mexico United. While in Reno, Beaury made 12 appearances, including two in the playoffs, finishing fifth in the league in saves with 49. Beaury’s work ethic between the posts helped lift Reno to claim the Regular Season title in the abbreviated season while amassing an astounding +22 goal differential. Prior to his time with Reno, Beaury made one appearance with New Mexico United in 2019 after signing his first professional contract with Charlotte Independence in 2018.