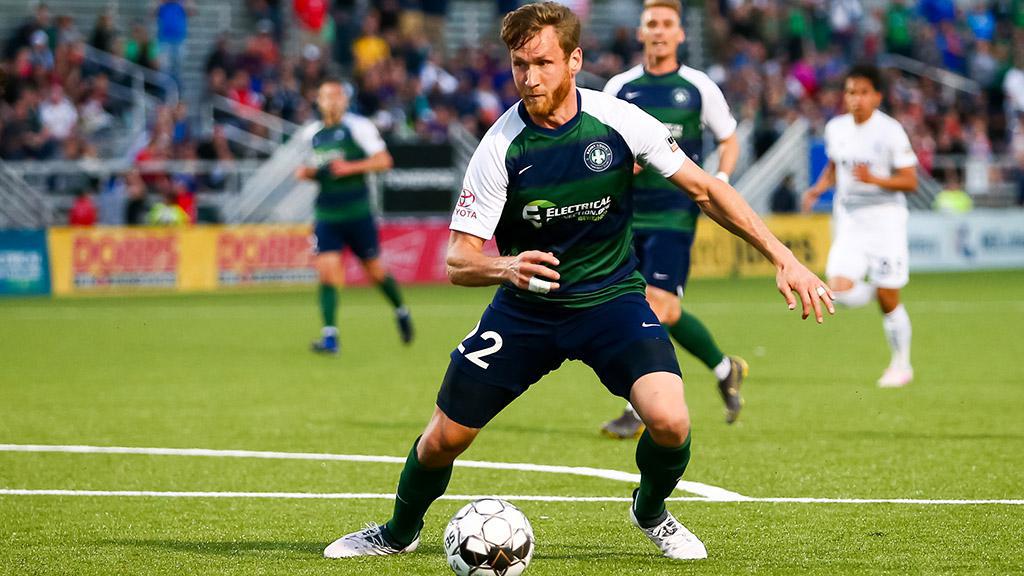 Veteran forward Kyle Greig has scored 57 goals in the USL Championship during his career, placing him fifth all-time in the league's goalscoring list.

LOUISVILLE, Ky. – Louisville City FC announced on Thursday it had signed veteran forward Kyle Greig, adding to its attack this season a player with 57 regular season USL Championship goals on his resume, placing him fifth all-time in the league’s history in goals scored.

Pending league and federation approval, the deal makes Greig available for selection Saturday when LouCity hosts San Diego Loyal SC at Lynn Family Stadium. He joins a striker corps led by Cameron Lancaster but missing Abdou Thiam, who is out for the time being mending a broken leg.

“From a mentality and character standpoint, Kyle fits everything we’re looking for at Louisville City,” said LouCity Head Coach Danny Cruz. “He has an ability to put the opponent under pressure and excels in the air from a set piece standpoint. His experience and work rate are also important traits in a Louisville City player. We look forward to seeing how Kyle integrates with our club.”

When Greig didn’t initially land with another club, he relocated to Kansas City to be close to family but remained fit.

“It was a tough offseason for me,” Greig said. “Things moved a little slower than I anticipated. But when I look at the end result — and that is signing with Louisville City — it was worth the wait, because what better club to come and play for than Louisville?

“I’ve been really leaning on my family. My wife and kids helped me push through my offseason. It’s good to know my patience and hard work paid off.”

Greig played collegiately for NAIA Benedictine College in Kansas, where he scored 43 goals across 74 appearances before turning professional. He then bounced around the USL Championship, making productive stops at OKC Energy FC and Whitecaps FC 2 until tallying his career highs for appearances (75) and goals (23) with a single club at Saint Louis FC.

Along the way, Greig often played against LouCity. Saint Louis FC made three trips to Louisville alone in 2020.

“The first thing that sticks out is the amount of core guys they return each year,” Greig said. “I think that speaks volumes to what the club is about. Everyone buys in, and that’s what leads to the success.

“The facilities — I played in that stadium plenty of times last year — and it’s ridiculous. To be able to call that home now is really, really exciting for me.”