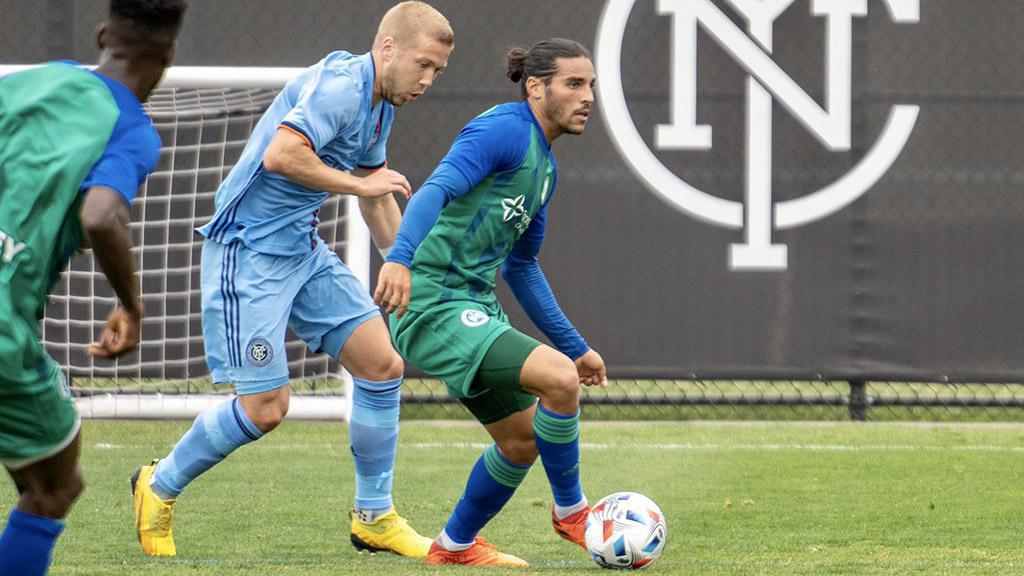 The squad also includes a notable selection in Jose Luis Lopez, who is currently a member of 2022 USL Championship expansion side Queensboro FC’s Academy program.

Puerto Rico is set to face the Bahamas on June 2 in Mayaguez, Puerto Rico and Guyana on June 8 in Georgetown, Guyana to close out the opening round of qualifying. The side has taken one point from its first two games after earning a 1-1 draw with Trinidad & Tobago in March.

Cardona joined Hartford this past offseason after previously competing against the Athletic for Puerto Rico in an international exhibition late in the 2019 campaign. The 22-year-old has made one appearance so far this season, while fellow defender Calderon – who joined the Athletic as a USL Academy signings earlier this month – has yet to make his debut.

Servania joins the team after appearing in all three games to start the new season for Legion FC. Formerly a USL Academy signing with the club last year, the 19-year-old has made four prior appearances for the side.

Gonzalez began his 2021 season with Memphis this past Saturday against Servania and Legion FC, starting in 901 FC’s 1-0 defeat at Legion Stadium. The 26-year-old midfielder has made 64 appearances in the USL Championship during his career, while also earning four appearances for the national team.

Diaz, meanwhile, has helped the Defiance make an undefeated start after three games to their new season, notching one goal and four shots in three appearances. The 19-year-old has made five appearances for his country overall, and is coming off a 2020 season when he led Tacoma with six goals.