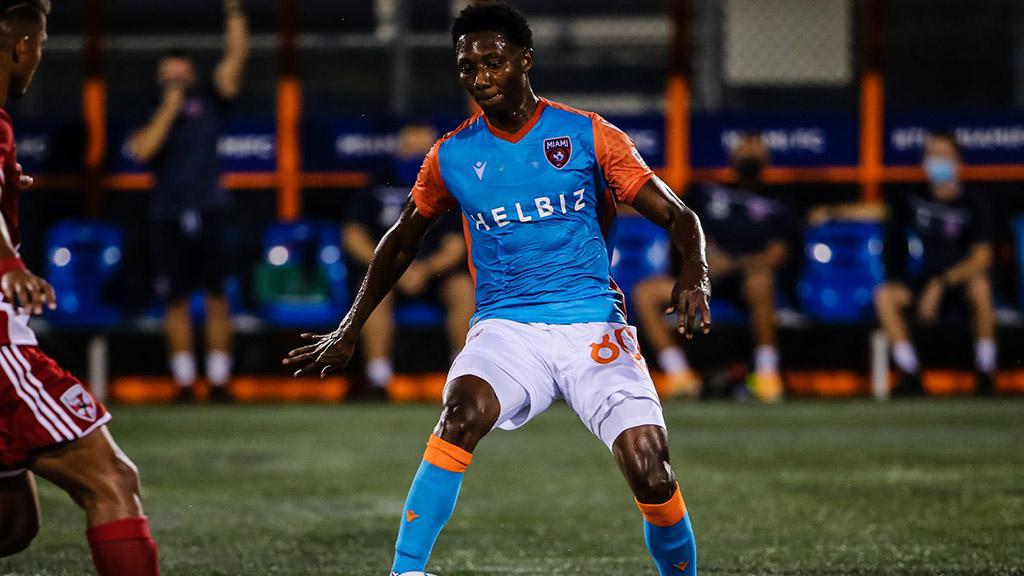 Miami FC's Speedy Williams is one of five current USL Championship players that have been selected to Jamaica's squad for three international exhibitions in Japan in June. | Photo courtesy Miami FC

Five current USL Championship players have been called into the Jamaica Men’s National Team squad that will convene next month for three exhibitions in Japan ahead of the 2021 Concacaf Gold Cup. The Miami FC trio of Speedy Williams, Lamar Walker and Jahshaun Anglin will be joined by Phoenix Rising FC midfielder Kevon Lambert and Birmingham Legion FC forward Junior Flemmings in the 30-man squad.

Jamaica is scheduled to face Japan in Sapporo on June 3, Serbia in Kobe on June 7, and the Japan U-23 Olympic Team on June 12 in Nagoya.

A three-time USL Championship Final winner, Williams scored his first goal for Miami this past Friday to lift the side past the New York Red Bulls II in its second win of the season. Walker has also appeared in all three games for Miami this season, while Anglin made his first appearance for the club in its season-opener against Loudoun United FC.

Lambert has made 80 regular-season appearances for Rising FC since joining the club for the 2017 season and has notched one goal so far this campaign in the club’s season-opening 4-1 victory against San Diego Loyal SC. The 24-year-old has made 14 prior appearances for his country, including six appearances at the 2019 Concacaf Gold Cup.

Flemmings is among the players to have recorded at least 50 goals in the Championship’s regular season, and last year claimed the league’s Golden Boot with 14 tallies while at Rising FC. This past Saturday he made his debut for Legion FC and helped the side earn a 1-0 victory against Memphis 901 FC.