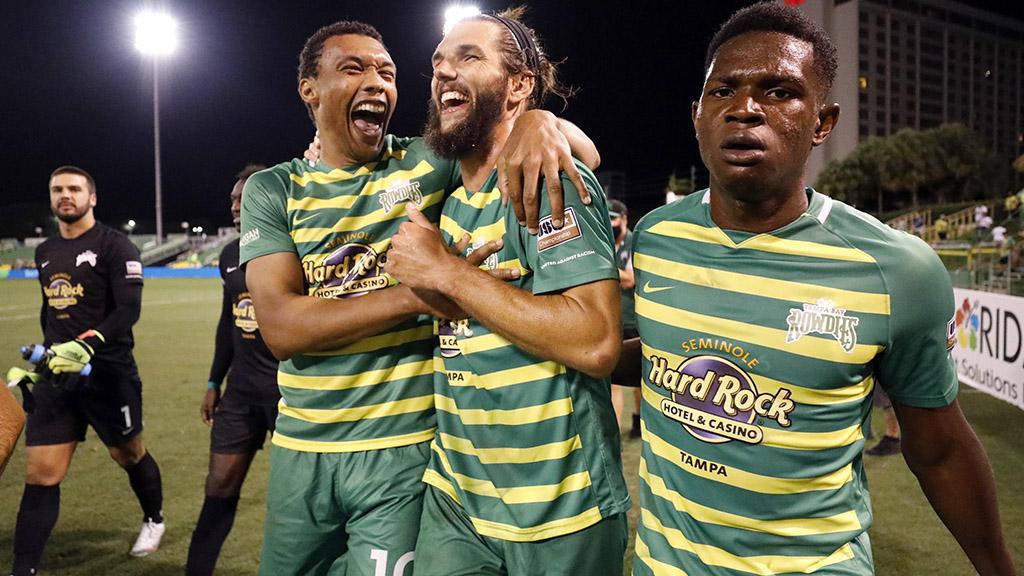 ST. PETERSBURG, Fla. – Before kickoff, the pregame talk from both sides was that Saturday’s clash between the Tampa Bay Rowdies and Phoenix Rising FC – despite all the backstory stemming from the 2020 USL Championship Final that wasn’t – was just the third game of the season for both.

At the end of a pulsating 90 minutes that saw the Rowdies come away with a 2-1 victory, preserving the defending Eastern Conference Title holder’s perfect start to the season while ending Rising FC’s at Al Lang Stadium, there was no question this was something much, much more.

You need only look at the reaction of Rowdies Head Coach Neill Collins, unleashing a roar toward the 2,355 fans that witnessed it as he walked across the field following the game, or “We are the Champions” ringing out from the stadium’s speakers after the game to know it. 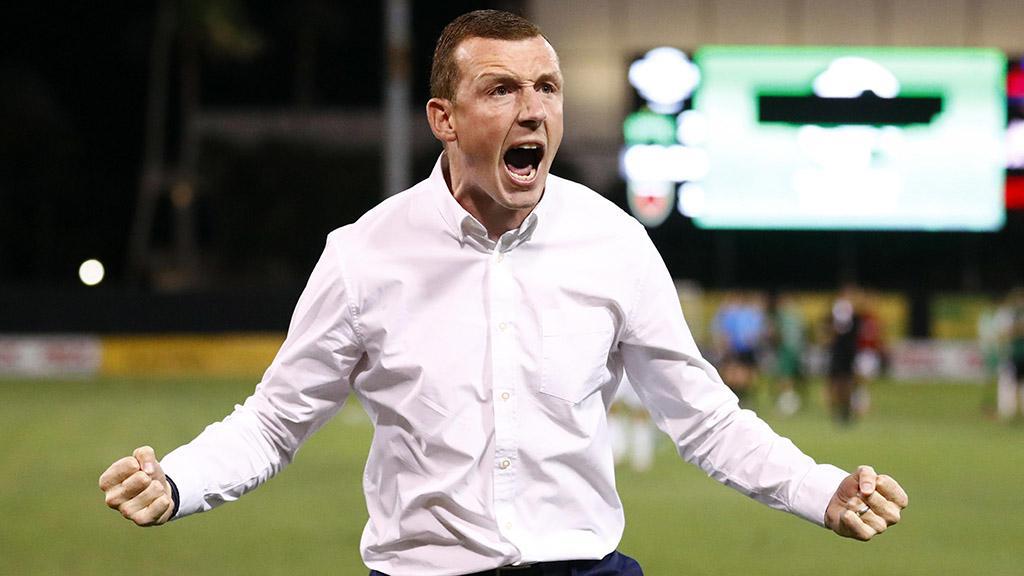 “It had a cup feel because of the uniqueness of the backstory and it was almost played like a cup final,” said Collins. “Those last 20 minutes were played end to end full of passion, energy, emotion. That’s what everyone wants to see. You don’t want to see a soulless stadium, players going through the motions. Both fans will be proud of their teams. It was a different game compared to what we’ve had in the past. We were tested. It was great.”

The contest’s momentum tilted back and forth from the start. Playing toward the sound and atmosphere of Ralph’s Mob in the first half, it took only four minutes for the hosts to take the lead, Phoenix’s Aodhan Quinn the unfortunate party to send a cross by Steevan Dos Santos into his own net. One of the new faces for the Rowdies since last November, Dos Santos could have quickly given the Rowdies a decisive lead, but twice he squandered opportunities inside the penalty area.

“The first 10 minutes we were fantastic,” said Collins. “We should’ve scored three goals.”

But as quickly as Phoenix gained a foothold in the game, it showed its own qualities. A fine low save by Rowdies goalkeeper Evan Louro denied Quinn a redemptive goal in the 14th minute as the game swung toward the visitors. Two minutes later an even bigger chance arrived but Quinn was wasteful, scuffing his finish wide after beautiful work by Jon Bakero and Santi Moar had set up a chance with Louro gone from his net and only scrambling defenders to beat.

The missed chance ended up crucial in the final account, as while Phoenix began the second as the Rowdies had the second, but without the clear-cut chances the hosts were able to create. Led by a stellar performance by Aaron Guillen – who helped limit Rising FC’s two-time Championship MVP Solomon Asante to only one shot on goal and three key passes – the Rowdies bent but didn’t break.

The Rowdies, by contrast, created more chances and could have held a more decisive edge by the time their key moment arrived. But after Leo Fernandes’ rasping shot forced an outstanding save by Rising FC’s Ben Lundt, the ensuing corner kick delivered a second goal as Forrest Lasso’s powerful header was only parried by Lundt, allowing the alert Dos Santos to tuck home the rebound.

“The second half our players did very, very well against a top team that asked a lot of questions of us, put us under pressure but I really think we looked to add to our tally,” said Collins. “A couple players will be disappointed they didn’t get on the scoresheet. With a moment of quality of composure, we could’ve added to our tally.”

Dos Santos’ goal proved key soon after as Santi Moar produced a brilliant finish to the left corner from 25 yards that ended Tampa Bay’s shutout streak to start the season. The reality for the visitors, however, was that proved the only shot on goal they would muster in the final 45 minutes as Lasso, Guillen and Jordan Scarlett and the rest of the Rowdies pushed the visitors into dead ends and traps at the top of the penalty area they were unable to escape. Only one shot by Rising FC in the second half came from inside the penalty area, inevitable blocked by Guillen, as the Rowdies saw out a win in the game that ended up feeling like a final.

“It’s just a great advert for the USL in terms of excitement and quality as well,” said Collins. “I’m so proud of the players that in a moment like tonight they were able to play the same as we want them to every week and not have the occasion overtake. The credit tonight goes to the players as it always does.”

One thing is true, there is no finality here. The Rowdies and Rising FC will move on and prepare for important games next weekend, with rival Miami FC coming to Al Lang Stadium and Phoenix heading home to face Las Vegas Lights FC next Saturday night.

But the memory of this contest – and the feeling of closure it brought to a 2020 season abruptly ended – will not fade quickly.

“You’ve gotta enjoy it because it’s a great moment for the club to host such a great team in the USL that you don’t get to play,” said Collis. “When you share it with the fans it’s nice. That’s what it’s about.”