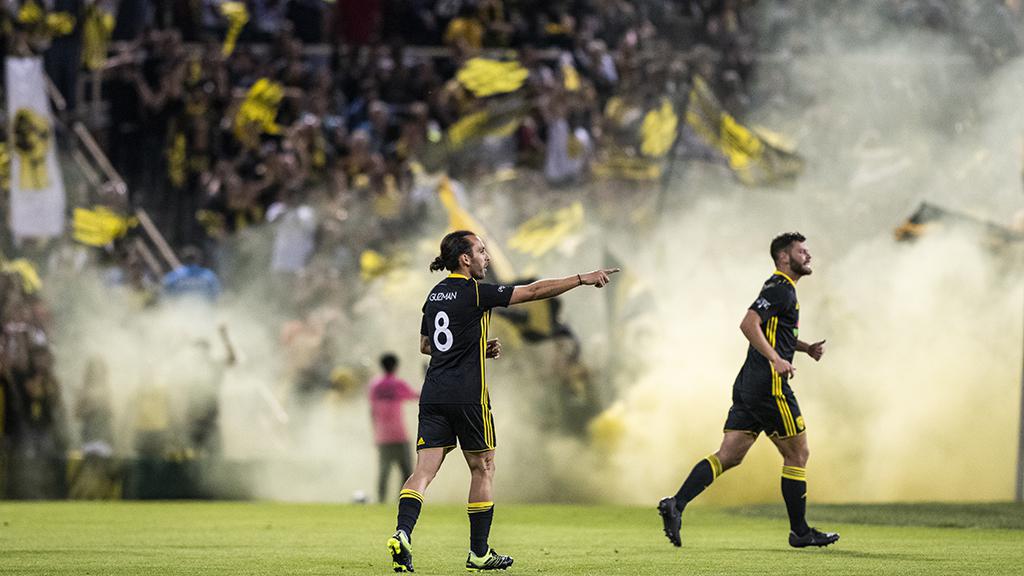 It won't be a capacity crowd on hand when New Mexico United returns to Isotopes Park on Saturday night, but the club's players are looking forward to the club's first home game in front of their fans since 2019. | Photo courtesy Josh Lane / New Mexico Uni

New Mexico United plays its first league game in more than 18 months in its home state, and a big early-season rivalry contest are both on the docket in the USL Championship’s Western Conference this weekend. Here are five things to watch for over the next three days.

BACK TO THE LAB FOR NEW MEXICO

For those that experienced a New Mexico United matchday at Isotopes Park in 2019,the club’s return to its home venue after an absence of 574 days is a moment they’ve been looking forward to since the 2021 schedule was released. United makes its long-awaited return to Isotopes Park on Saturday night as the side hosts Austin Bold FC (9:30 p.m. ET | ESPN+ | Preview).

“It feels like it’s the first-ever game all over again,” forward Devon Sandoval told local media this week. “So, I can’t wait to get out there and see our people.”

For the newcomers that joined the club last offseason and this, though, the anticipation may even be a little big higher. After experiencing the packed crowds as a visitor in 2019 while competing for Real Monarchs SLC, defender Kalen Ryden said part of the attraction to joining United in free agency was to play in front of those same crowds.

“The fan base is a reason why New Mexico United was so intriguing to me,” said Ryden. “To finally now be able to experience that on Saturday, it’s going to be a memorable night for me.”

United will be hoping that crowd can help power it to a victory as it looks to build on last weekend’s 1-1 draw with El Paso Locomotive FC. If it can as Austin makes its season debut, the homecoming could prove one of the most memorable nights in United’s short history so far.

The South Texas Derby rounds out the weekend’s action on Sunday night as Rio Grande Valley FC and San Antonio FC lock horns for the first time this season with first place in the Mountain Division on the line (8:30 p.m. ET | ESPN+ | Preview). For the Toros, who enter having claimed victory in their first two games of the season, Sunday night will serve as a key litmus test for the squad that Head Coach Wilmer Cabrera has put together.

The history of the rivalry between the two sides has been highly competitive throughout the five seasons they’ve been part of the Championship, though. Both joining in the 2016 season, San Antonio holds a narrow 6-5-5 edge in the regular season series, but both sides have found success whether at home or on the road. With the Toros’ new lineup bringing more experience to the table the rivalry could get taken to another level after SAFC went 3-0-1 last season in the series. 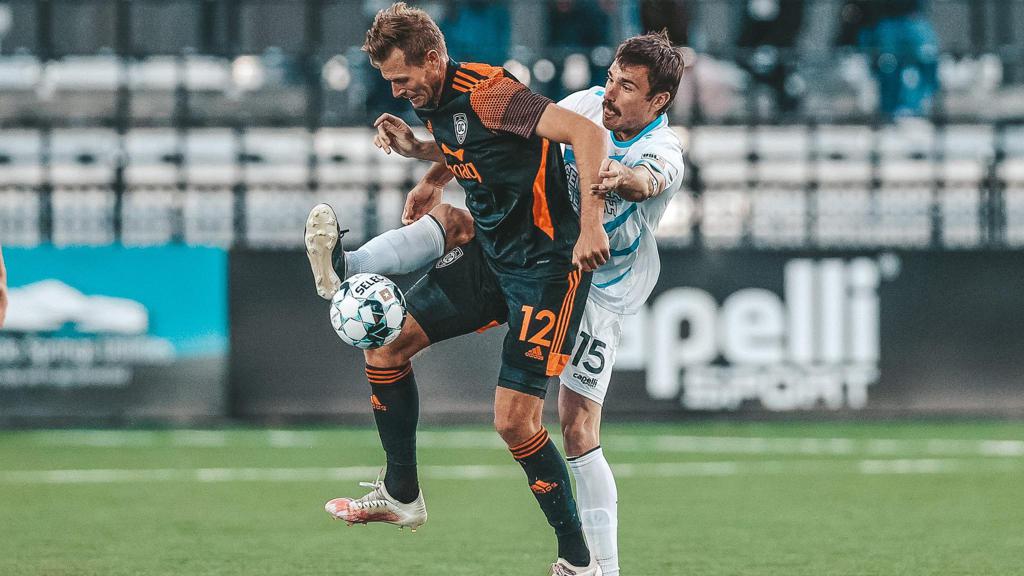 Orange County SC will officially be the 31st and final team to kick off its new season on Sunday afternoon as it visits Tacoma Defiance at Cheney Stadium (3 p.m. ET | ESPN+ | Preview), but it certainly feels as though there’s plenty for Head Coach Braeden Cloutier’s side to look forward to in the new season.

Led by Orange, Calif. native Chris Wehan’s return to his home after a successful two-year run at New Mexico United, OCSC is looking to put itself back among the postseason contenders this season after falling short down the stretch run in 2020. Another new face to keep an eye on will be Finnish international Eero Markkanen, who has made 17 appearances for his country as he joins Orange County’s attack, as will 2019 Championship All-League selection Adam Jahn, but the biggest name to return this year might be Thomas Enevoldsen, whose return to the club was curtailed last season.

Remaining in his native Denmark during the COVID-19 pandemic last year, Enevoldsen remained in action for Hobro IK on loan, where he made 14 appearances and notched one goal and one assist. Now back in Orange County, if the 33-year-old can recapture his form from the 2019 season that saw him nominated for the Championship’s Most Valuable Player award, it could be a very good summer in Orange County.

While the sides may now be in different conferences, Colorado Springs Switchbacks FC is hoping it can better get to grips with Sporting Kansas City II when the sides meet on Friday night (8 p.m. ET | ESPN+ | Preview) at Children’s Mercy Park than in previous meetings. SKC II has gone undefeated in the five games the sides played previously, winning four, as it consistently pushed into the Western Conference Playoffs while leaving the Switchbacks on the outside looking in.

Few of the current Switchback squad were part of the side then, but with the side coming off a 3-0 defeat to San Antonio FC on May 1 before last week’s bye, getting a first victory on the board before the club’s home opener next Friday night at its new 8,000-seat downtown home is an important goal.

“I think the most important thing in these early games is building an identity for ourselves,” said Switchbacks defender Jimmy Ockford, who was also named club captain prior to the season. “The focus every single day is on us, our game, and how we can get better. It’s only one game in, so it’s far too early to determine how we are as a side.

“We’re still getting the chemistry together with all the guys and it’s unfortunate that we couldn’t play back-to-back weeks, but it’s made trainings even harder and the preparation even better, so I’m looking forward to Friday. The key is to go in with confidence and believe in ourselves that we can win this game.”

If there was maybe a bit of good fortune about Tacoma Defiance’s 1-1 draw in its opening game of the season last Sunday night against the LA Galaxy II, Thursday night’s 3-1 win against San Diego Loyal SC showed off an attacking edge that could make Head Coach Wade Webber’s side one to keep an eye on this campaign. While San Diego carried much of the threat for the opening hour, Webber’s move to bring on Alec Diaz and Ray Serrano as early second-half substitutes paid off handsomely as both were involved in Tacoma’s pair of goals that sealed victory in the final 20 minutes of the contest.

“That was a point in the game where we needed a change, where we were teetering, I would liken it to a boxer that is ready to go down,” said Webber. “Díaz gives us a clinical level of finishing, he always has. You know, in terms of his ability to get a goal from very little, his willingness to attack the front post, to be on the end of things. He scored a very similar goal to that last year against Sacramento to win that game one-nil in the second half, so he’s got that in his bag and it’s wonderful to see.”

Diaz led Tacoma with six goals a season ago and this offseason made his senior National Team debut for Puerto Rico. He’ll be a player Orange County will have to factor for, whether he’s starting or coming off the bench on Sunday.