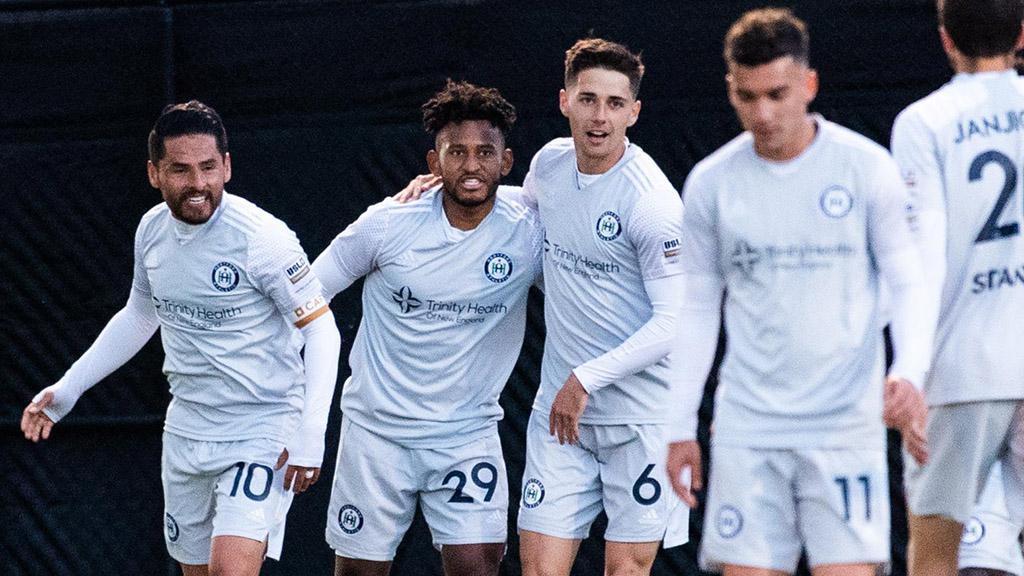 Hartford Athletic is set for its home opener on Saturday night at Dillon Stadium after taking two wins from two games on the road to start the 2021 campaign. | Photo courtesy New York Red Bulls II

A busy three-day weekend of action kicks off tonight in the Eastern Conference, here are five things to watch for over the coming days.

CAN HARTFORD CONTINUE ITS MOMENTUM?

Going into Week 4 of the regular season, of the teams that have seen action in the Eastern Conference there are three that have unblemished records. Two might have been expected, with FC Tulsa (3-0-0) and the Tampa Bay Rowdies (2-0-0) both having solid credentials entering the new campaign. The other in Hartford Athletic (2-0-0) might be a little more unexpected, but Head Coach Harry Watling’s side has picked up where former Head Coach Radhi Jaidi’s left off the 2020 regular season where the Athletic won five of its last six games to finish on top of Group G, earning its first home playoff game in the club’s short history.

The side Hartford edged out for that position, Pittsburgh Riverhounds SC, is the visitor for what could be a sold-out home opener for the Athletic at Dillon Stadium on Saturday night (7 p.m. ET | ESPN+ | Preview). If the Athletic are going to maintain their perfect record, it’s going to mean defeating the Hounds on their home turf for the first time – Pittsburgh has won each of its prior two meetings, including a 3-1 win last year in the only game of the three played at Dillon Stadium. Should Hartford come through here, it would further solidify a place as a contender in the Atlantic Division.

We get our first look this season at Memphis 901 FC on Saturday afternoon as the side visits rival Birmingham Legion FC at Legion Stadium (4:30 p.m. ET | ESPN+ | Preview), and there are plenty of new faces at the disposal of now permanently installed Head Coach Ben Pirmann as Memphis looks to turn around its fortunes from its first two campaigns.

Pirmann’s appointment after leading Memphis to two wins in three games at the tail-end of the 2020 season didn’t come as a great surprise, although Sporting Director Tim Howard said there was plenty of interest in the job when the announcement finally came in April. 901 FC has appeared to make numerous potential upgrades to its roster on paper, too, with Belize international Michael Salazar and Trinidad and Tobago international Dre Fortune both joining the side as well as numerous others with Championship experience. How that all comes together on Saturday night is going to be intriguing to watch as Pirmann looks to set the tone for his reign on the sideline.

There will potentially also be a notable debut for Birmingham Legion FC on Saturday with Jamaican international Junior Flemmings available for selection following the completion of his suspension from the end of the 2020 season. The 2020 Championship Golden Boot winner – who on Thursday was named in Jamaica’s squad for upcoming international exhibitions against Japan (June 3), Serbia (June 7) and the Japanese Olympic Team (June 12) – joins a potentially potent attack including fellow Jamaican Neco Brett and J.J. Williams that Birmingham is hoping can carry the club to new heights this season.

Saturday’s game could potentially be a special one for Legion FC, too, as it plays at historic Legion Field for the first time in its history while the playing surface at BBVA Field is given time to mature. That sense of occasion could bring out the best in Flemmings, who figures to give Memphis’ defense all it can handle in his first chance in Legion FC’s colors. 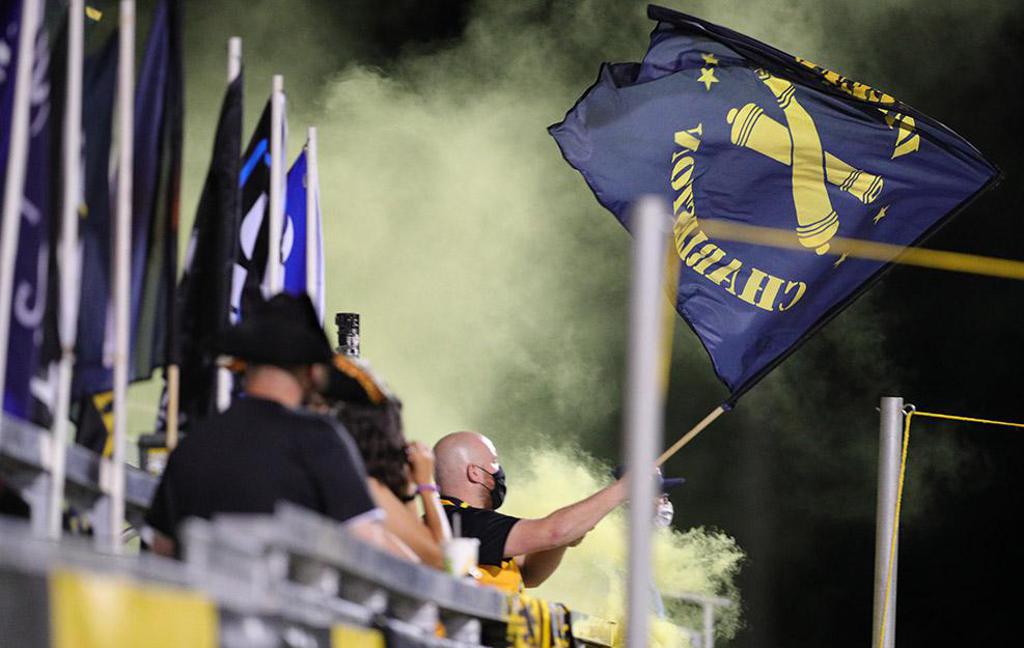 The Charleston Battery are set to welcome a sellout crowd of 2,000 socially distanced fans on Friday night to the club's home opener at Patriots Points against the Charlotte Independence. | Photo courtesy Charleston Battery

The Charleston Battery are set to welcome a sellout while socially distanced crowd of 2,000 fans to Patriots Point on Friday night (7 p.m. ET | ESPN+ | Preview) as rival the Charlotte Independence is the visitor for the Battery’s home opener. Charleston got out to a reasonably positive start last Friday night in a 1-1 draw against the New York Red Bulls II that the visitors dominated in terms of chances and will be hoping for better execution in front of goal in its first meeting with the Independence since last year’s postseason.

Charleston took a 2-1 victory in extra time last year in what proved the Independence’s final game at the Sportsplex at Matthews, a result that continued the dominance that the Battery have had in the overall series between the teams. Charlotte’s last victory against Charleston came five seasons ago in 2016, since when the Battery have built an 8-2-6 advantage in the regular season and 5-0-3 advantage on home turf. Charleston Head Coach Mike Anhaeuser certainly would enjoy another victory, which would get the Battery off and running nicely in its 2021 campaign.

By most numbers, Miami FC had the better of last Saturday night’s clash with Hartford Athletic, but they didn’t hold the edge in the number that mattered most, falling 1-0 at FIU Stadium to their visitors. With a trip to the New York Red Bulls II on tap for Friday night (7 p.m. ET | ESPN+ | Preview), Miami will be looking to capitalize on its chances to take a second win of the young season in its first meeting with the Red Bulls II.

New York, on the other hand, is looking to get back to the prolific chance-making it has become renowned for in the Championship over its history after a lackluster display against the Charleston Battery that saw Jake LaCava score early, but chances be few and far between afterward.

“I certainly would have liked to create more; I don’t think we created enough chances,” said Red Bulls II Head Coach John Wolyniec following the game. “Although we get close in the end, where we get a couple of transition moments and a set piece where we create a little bit. But I certainly want to be more consistent with that, creating more chances throughout the game. Often, we’ll have more corner kicks than the other team, more fouls, that really wasn’t the reality tonight, but you could say there’s a lot to work from.”