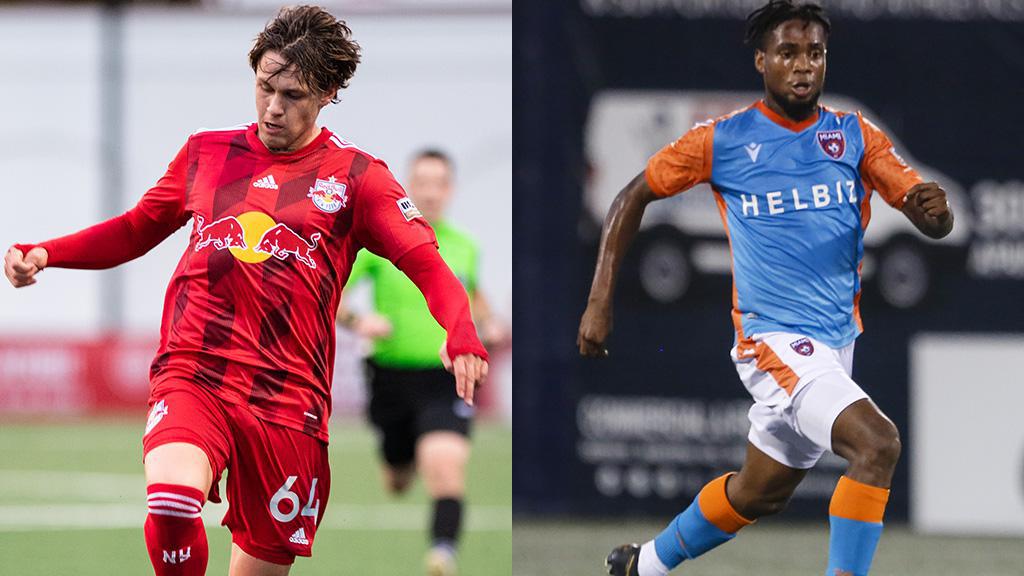 The New York Red Bulls II's Jake LaCava and Miami FC's Lamar Walker will both be looking to find the net as their clubs meet for the first time at MSU Soccer Park.

MONTCLAIR, N.J. – The New York Red Bulls II and Miami FC will square off for the first time on Friday night as the hosts look for their first win of the season at MSU Soccer Park. Kickoff is scheduled for 7 p.m. ET.

@NYRBII (0-1-1, 1pt) earned their first point of the season last Friday night in a 1-1 draw with the Charleston Battery that saw Jake LaCava score his first goal of the season. New York only recorded five shots overall in the contest, however, a departure from their typical attacking numbers on home turf, and Head Coach John Wolyniec is hopeful the side can find more threat in the attacking third against Miami as the side looks to close its homestand with a victory.

@TheMiamiFC (1-1-0, 3pts) heads to MSU Soccer Park also looking for greater sharpness in the attacking third after suffering a 1-0 defeat to Hartford Athletic in its most recent outing. Miami posted a 1.89 Expected Goals mark against the Athletic but was unable to finish its chances, with a big second-half chance for Billy Forbes the most glaring miss of the night. Miami struggled overall on the road last season, going 1-5-2 away from home, and an improvement on those numbers may end up crucial to the club’s overall playoff aspirations at the end of the season.