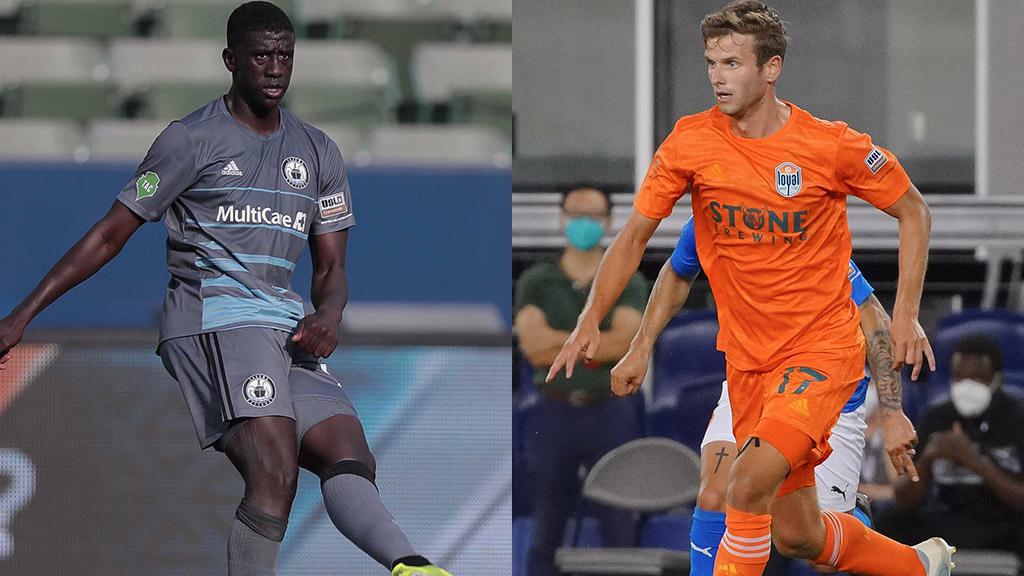 Tacoma Defiance's Abdoulaye Cissoko and San Diego Loyal SC's Collin Martin will lead their respective sides in pursuit of their first wins of the season on Thursday night at Cheney Stadium.

TACOMA, Wash. – Tacoma Defiance welcomes San Diego Loyal SC for its home opener on Thursday night with both teams looking to earn their first victory of the new USL Championship season at Cheney Stadium. Kickoff is scheduled for 10 p.m. ET.

@TacDefiance (0-0-1, 1pt) grabbed a late point in its opening game of the 2021 season on Sunday evening as Abdoulaye Cissoko’s penalty kick with the last kick of the game saw the visitors earn a 1-1 result against the LA Galaxy II. The Defiance were put on the back foot regularly by their hosts, but a four-save performance by goalkeeper Stefan Cleveland and Cissoko’s strong all-around display – which saw him hit the crossbar early in the second half off a corner kick – helped the visitors keep the game close until a stroke of good fortune in stoppage time allowed them to earn a point.

@SanDiegoLoyal (0-2-0, 0pts) saw its fortunes go the opposite way late in its last outing as it conceded in the 88th minute against Rio Grande Valley FC last Thursday night to suffer its second defeat of the year. SD Loyal will be returning to a place with relatively good memories for the side this week, however, with Cheney Stadium the venue for the club’s first league victory last year in its inaugural season. On that occasion, Francis Atuahene scored twice in a 2-1 win for the visitors in a game that will be forever remembered as the last before the Championship season was suspended in March 2020.