Rivas has grabbed early headlines, but strength of Nsien’s squad has been on show in next step forward 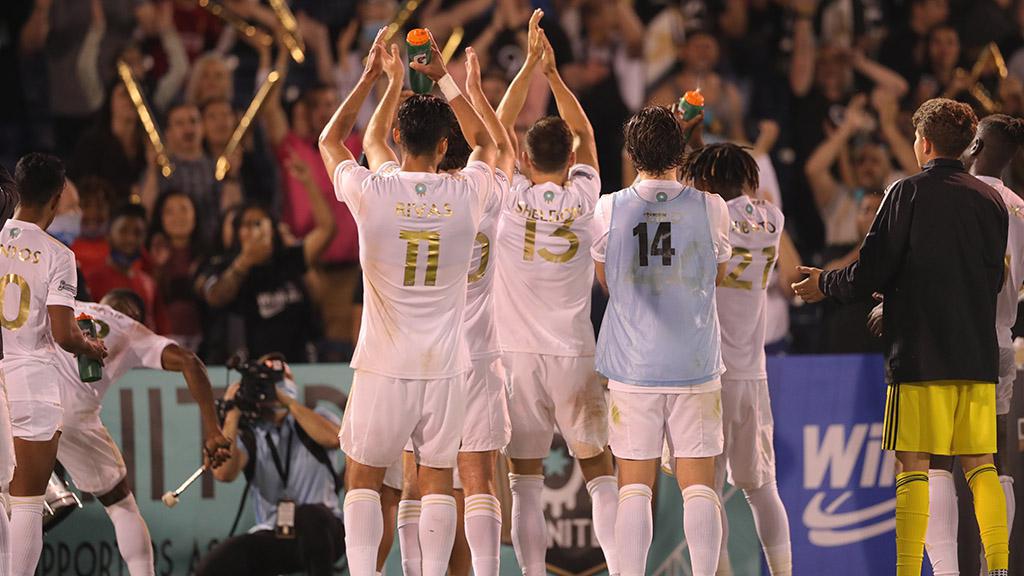 FC Tulsa has taken three wins out of three to start the 2021 USL Championship season, putting itself into the conversation for title contenders after a major step forward during the 2020 campaign. | Photo courtesy FC Tulsa

When FC Tulsa landed as the new brand for the Oil Capital of the World’s USL Championship club early in December 2019, it was clear something was changing.

New signings, new colors, and a new attitude pervaded the club. It was ready to become a playoff contender, and in holding its nerve down the final stretch of the 2020 Championship regular season it proved its mettle before taking eventual Western Conference Finalist El Paso Locomotive FC to a penalty shootout in the Conference Quarterfinals last October.

This past offseason, those expectations ratcheted up. More new arrivals – including the welcome return of both Joaquin Rivas and Jorge Luis Corrales after stints elsewhere – signified Tulsa’s belief it could not only contend for a playoff place, but something even bigger.

Three games into the 2021 Championship regular season, Head Coach Michael Nsien’s side is making that a reality.

Home opener victory against a team you hadn’t previously been able to solve? Check.

Road victory against a side expected to be a serious contender for your division’s crown? Check. 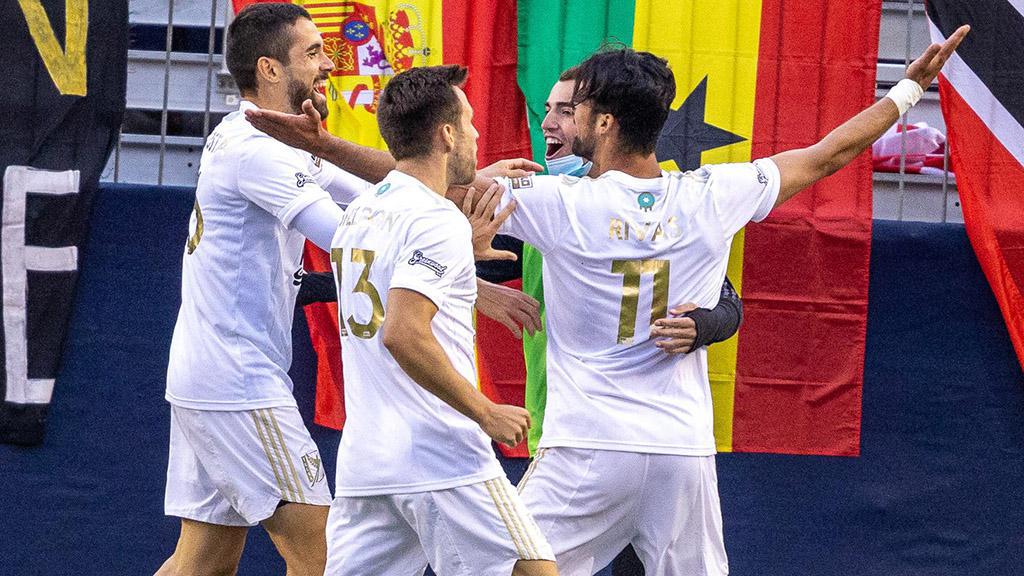 It’s not all been perfect, by any means, but producing like this early in a season builds the platform on which future success will arrive.

“I was actually trying to figure that out with the coaches, ‘How many games did it take for us to get that many wins since our staff had even been here?’ Three in a row, it’s fantastic,” said Nsien after Saturday’s 2-0 victory at Indy Eleven, where Tulsa spoiled the host’s return to Michael A. Carroll Stadium. “To be able to bring in players that have the right experience and the right level to compete, the right attitude, it says a lot for what we’re doing going forward, and it’s exciting to be part of. The guys are really excited, and they’ll be hungry for more even after this, so I think we’ll see the best in the future.”

At the center has been Rivas, who on Saturday night became the club’s all-time leading scorer, surpassing Sammy Ochoa with his 20th and 21st goals in Tulsa’s colors. The El Salvador international has notched four goals in three games to start the season, also notching a brace against OKC Energy FC in the club’s 3-1 victory against its Black Gold Derby rivals to open the season, including one of the early candidates for the Championship’s Goal of the Year.

“The guys were actually just talking about it, Joaquin and Bradley made the announcement to the team that he’s now Tulsa’s leading goalscorer, and the guys were applauding him,” said Nsien. “That camaraderie that they’re building and the pride that they all have, it’s going to go a long way this season.”

It’s not reserved for Rivas, though, with the team’s qualities having been exemplified by captain Bradley Bourgeois, Corrales and returning midfielder Eric Bird and defender Matt Sheldon, all of whom have put in consistently impressive displays so far this season. That the side so far has been able to call on former United States international Jerome Kiesewetter as an option off the substitutes bench is illustrative of its depth and the potential for where the club is heading. 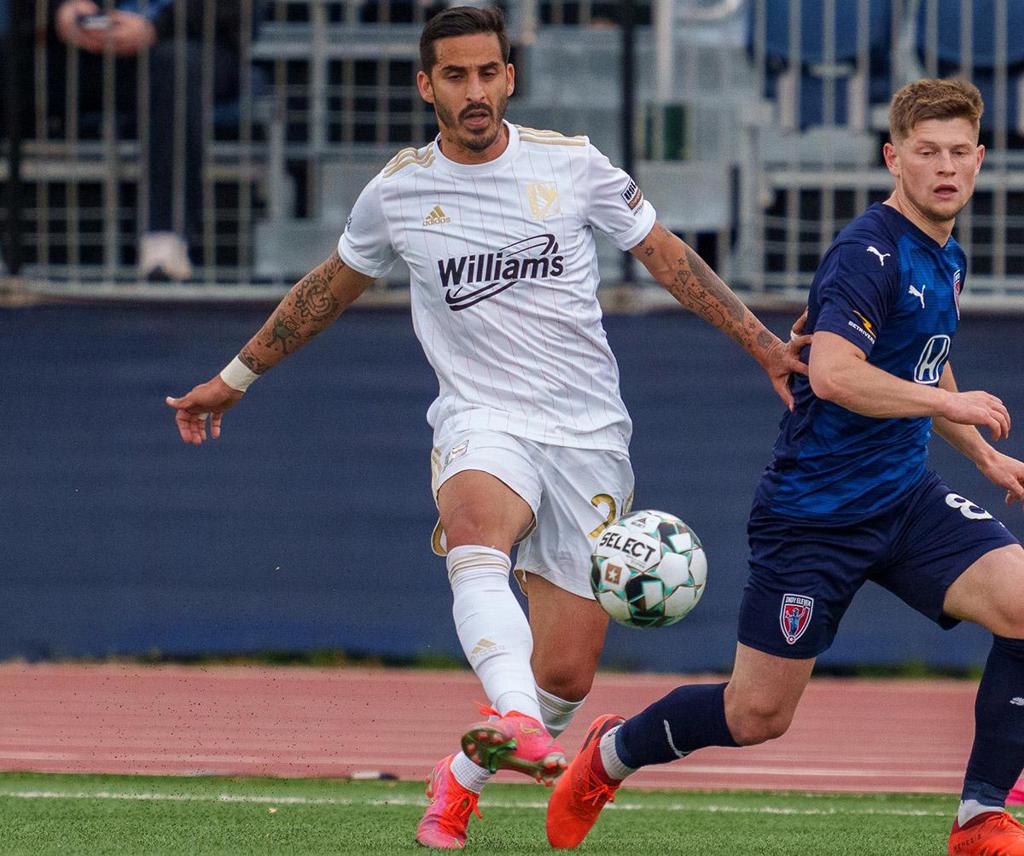 Cuban defender Jorge Corrales has recorded two assists in three games since returning to FC Tulsa for his second stint at the club in 2021. | Photo courtesy Matt Schlotzhauer / Indy Eleven

The winning start, though, is certainly adding to the vibe that something special is brewing among the club’s players.

“It makes things so much easier on and off the field,” said Rivas on Saturday. “You can just tell that we’re willing to fight for the guy next to us, behind us, in front of us, it doesn’t matter. Obviously, it’s going to show on the field, we’ve had two clean sheets in a row and that’s definitely coming from our hard work on the field.”

With a week to work and reflect before the side returns to action against Atlanta United 2 on May 19th, though, FC Tulsa is undaunted by its new position as a title contender.

“Indy is obviously a top team, and they make the playoffs every season,” said Rivas. “After tonight’s win and beating them at their house, it’s going to be an eye-opener for the whole entire league. We’re definitely ready for whoever is next.”