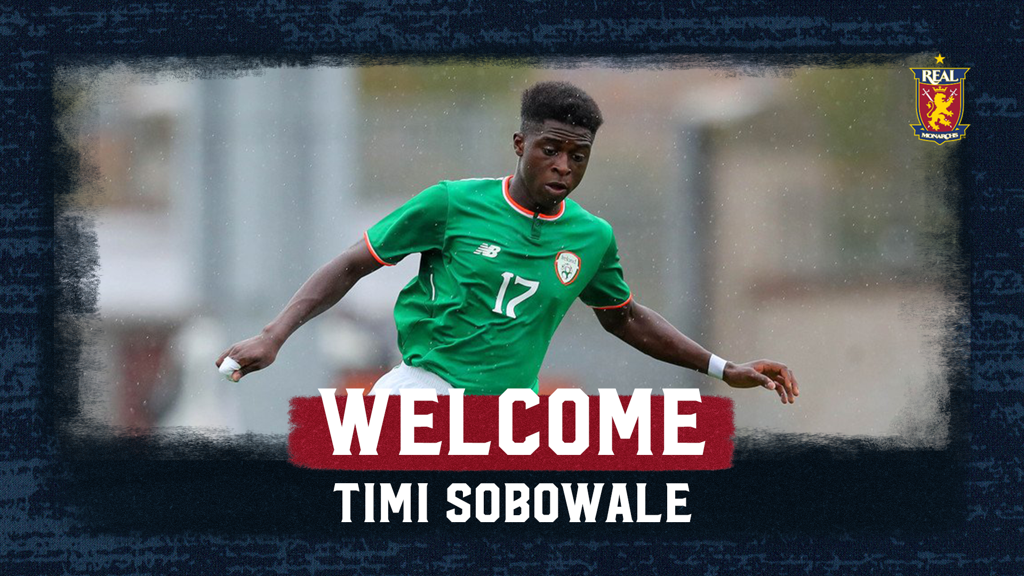 HERIMMAN, Utah – Real Monarchs SLC announced on Monday the club had signed Irish defender Timi Sobowale, pending league and federation approval, as well as the approval of a P-1 visa. The terms of the signing have not been disclosed.

“Timi is a young cerebral defender who, for his age, carries himself with a great abundance of maturity. The expectation is for him to come in and be a stalwart defender for the Monarchs,” said RSL Assistant General Manager Tony Beltran. “We look forward to watching him continue to develop and mature as defender with the Monarchs.”

Sobowale comes to Utah from Premier League Manchester City’s youth pipeline, where he played extensively within their academy. The young defender began his career with The Citizens in 2018 when he joined the U-18 team from Waterford schoolboy side Villa FC. In his first two seasons in Manchester, the 19-year-old made 21 appearances and quickly found his way with the U-23 side in the Premier League 2.

At the international level Sobowale has dual citizenship with Nigeria but competes for the Republic of Ireland. Sobowale first broke into the youth system at age 16 when he debuted for the Republic of Ireland U-17s in 2018, the same year he signed with Manchester City. Since then he has worked his way into both the U-18 and the U-19 squads. Most recently Sobowale represented Ireland in the qualifiers for the UEFA European U-19 Championship.