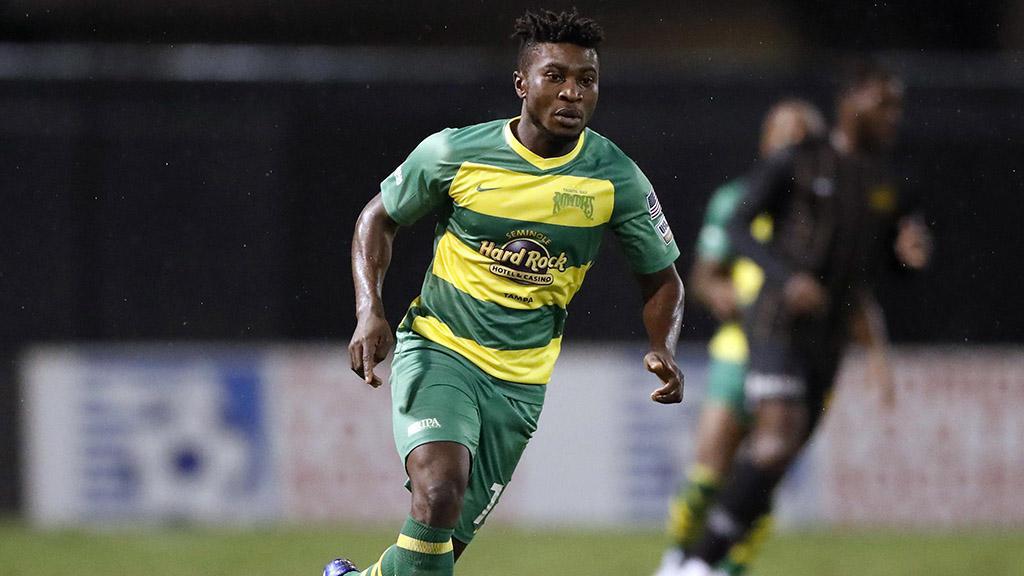 MEMPHIS, Tenn. – Memphis 901 FC announced on Saturday it had signed Ghanaian midfielder Dominic Oduro ahead of the start of its 2021 USL Championship season, pending league and federation approval.

Oduro spent the past three seasons with the Tampa Bay Rowdies, where he made 57 appearances and helped the side claim the 2020 USL Championship Eastern Conference Title. A former selection of Seattle Sounders FC in the 2017 Major League Soccer SuperDraft, the 26-year-old brings experience from Europe and the United States to his new club.

“Dom is a very tough and disciplined defensive midfielder,” said 901 FC Head Coach Ben Pirmann. “He has experiences all over the world and has achieved a lot of success in his last three seasons in the USL Championship. We are delighted to add a top player like him to our growing roster, but beyond thrilled to add such a quality human being. Dom will serve this club and community with top class work rate and push us to our high-end potential.”

A native of Accra, Ghana, Oduro began his playing career at the Right to Dream Academy – the same academy that developed new teammate Francis Atuahene. In January 2013, Oduro joined the Manchester City academy where the Ghanaian would spend the next two years, moving between the academy and other European teams on a trio of loan stints.

In early 2013, Oduro was loaned out from the Manchester City U18 squad to Danish Superliga side Aarhus Gymnastikforening where he made 13 appearances and scored one goal. After a year and a half in Denmark, Oduro was loaned to Royal Mouscron-Péruwelz of the Belgian Second Division in 2014. After a year and little playing time in Belgium, Oduro was loaned to IK Frej which play in the Superettan, Sweden’s second division. Oduro saw the pitch 12 times over the course of three months in Sweden before having his loan end and contract expire with Manchester City’s U21 side in June 2015.

Oduro signed with his final European and Danish Superliga squad—FC Nordsjælland—in 2016 where the midfielder made three appearances over his brief stay with the club. Oduro left Europe in 2017 and after his selection by the Sounders in the 2017 MLS SuperDraft signed with USL League Two side FC Golden State Force to continue his development. After a year in California, Oduro signed with the Rowdies where his young career blossomed.

In Memphis, not only will Oduro be teaming up with fellow Accra native Francis Atuahene, but he will line up next to midfielders Mitch Guitar, Kadeem Dacres, Roland Lamah and Leston Paul.