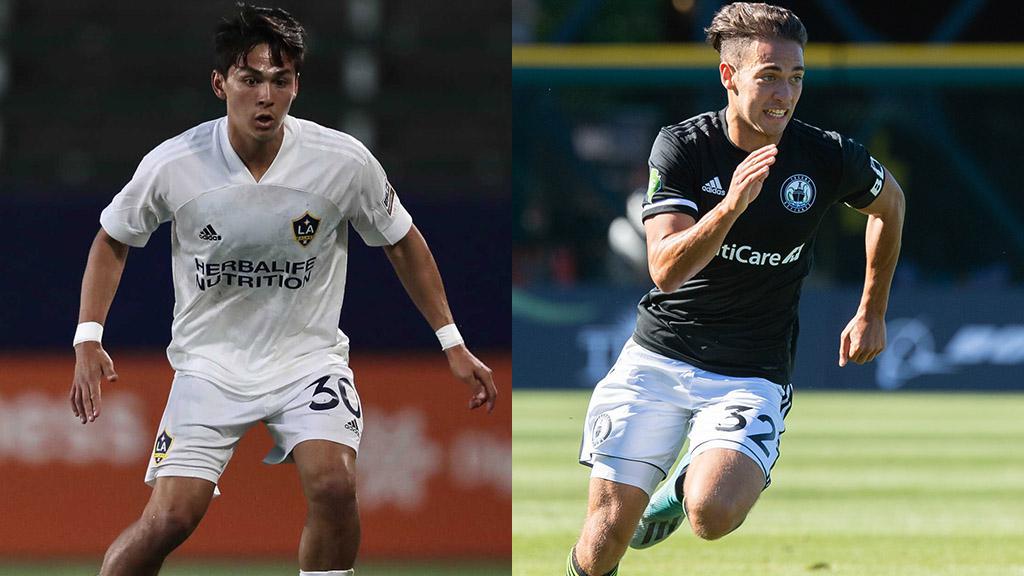 The LA Galaxy II's Josh Drack and Tacoma Defiance's Alec Diaz will be hoping to lead their respective sides to victory on Sunday night at Dignity Health Sports Park.

CARSON, Calif. – The LA Galaxy II and Tacoma Defiance wrap up Week 3 of the USL Championship’s regular season on Sunday at Dignity Health Sports Park with Los Dos looking to build on a big midweek win against a Defiance side making its 2021 debut. Kickoff is scheduled for 8 p.m. ET.

The @LAGalaxyII (1-1-0, 3pts) put together a convincing display on Wednesday night as an early second-half goal by Kai Koreniuk opened the floodgates against Las Vegas Lights FC as the hosts took a 5-0 that saw four different players find the net. Leading the way was Jorge Hernandez, who produced the goal of the night with a perfectly placed free kick eight minutes from full time, while both Daniel Aguirre and Preston Judd notched their first professional goals. The Galaxy II will be hoping for more of the same to build a potentially strong start to the campaign.

@TacDefiance (0-0-0, 0pts) will have its own young talent on show for the first time this year, however, as it looks to add to its one prior victory in four visits to Dignity Health Sports Park. Tacoma returns a blend of experience and youth, with the Championship’s all-time leader in regular season minutes Taylor Mueller on the back line and last year’s leading scorer Alec Diaz in attack. The Defiance have also added some new blood with Championship experience for the new season, including former Portland Timbers 2 midfielder Carlos Anguiano and Philadelphia Union II forward Issa Rayyan to their ranks, with both potentially set to make their debuts.