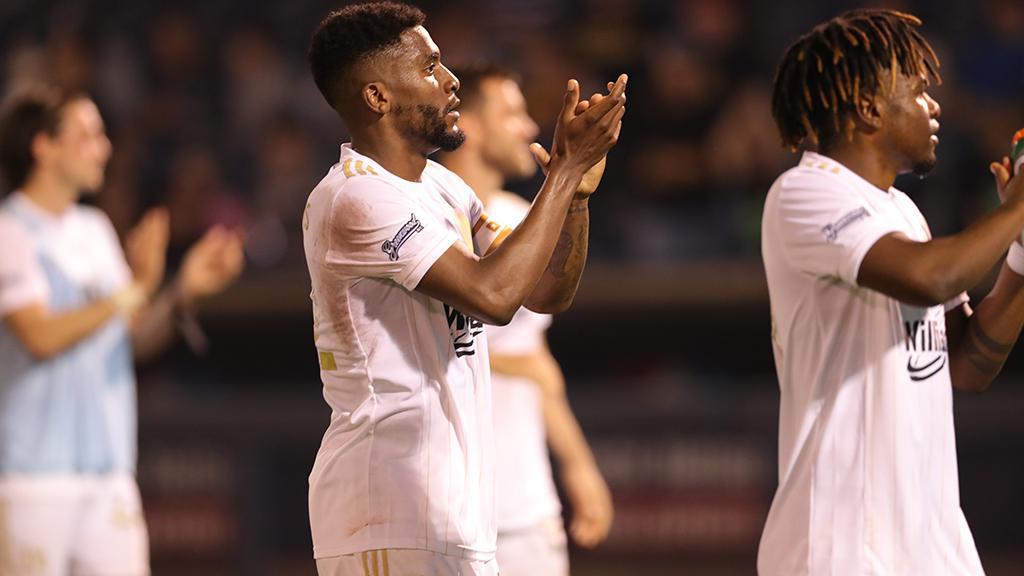 Coming off back-to-back wins to start the 2021 season, FC Tulsa is looking for another three points as it visits Indy Eleven on Saturday night. | Photo courtesy FC Tulsa

There’s a packed weekend of action in the Eastern Conference lined up for Friday and Saturday night, here are five things to watch for as the games unfold.

For some teams, preseason isn’t just a time to prepare for what the upcoming season is going to look like on the field. In the case of FC Tulsa, the club’s road trip to Texas that saw it visit both Major League Soccer’s Houston Dynamo FC and USL League One’s North Texas SC were designed to get its players back into the rhythm of what road trips could feel like during the upcoming Championship campaign.

As Tulsa hits the road for one of this weekend’s marquee contests against Indy Eleven on Saturday night at Michael A. Carroll Stadium (7 p.m. ET | ESPN+ | Preview), Head Coach Michael Nsien is hoping that preparation – as well as the two victories the side has already picked up in its first two games – will allow his players to come away with another three points.

“We try to have those experiences in preseason, that’s why we travel. We have a lot of experienced players that have been through this numerous times, so it’s all about creating good habits,” said Nsien. “We expect to go there, go through our normal process that we go through, and we want to treat it like it’s a home game because we want to go there for three points. We don’t want to go there thinking a point is good enough. We want to go there and try to get results every game.”

The news of Head Coach John Hackworth’s departure from Louisville City FC last week landed as one of the early surprises of the Championship season, but with a week off from action the perennial title contenders are aiming to take it in stride as Technical Director Danny Cruz steps in for his first game as interim Head Coach on Saturday night at home to Birmingham Legion FC (7:30 p.m. ET | ESPN+ | Preview).

A midseason coaching change isn’t a new experience for most at LouCity, and with Cruz’s presence this time around it figures to be potentially smoother than when “The Triumvirate” of Luke Spencer, Paolo DelPiccolo and George Davis IV assumed the duties following the departure of James O’Connor in 2018.

“Now Danny’s in here, so we know what we have to do as players,” said DelPiccolo. “We know the expectation and that’s all we can do is just do our jobs. We’ve been playing for Danny as well the last two years, and it’s fun to play for him. We’re excited to have him in charge.” 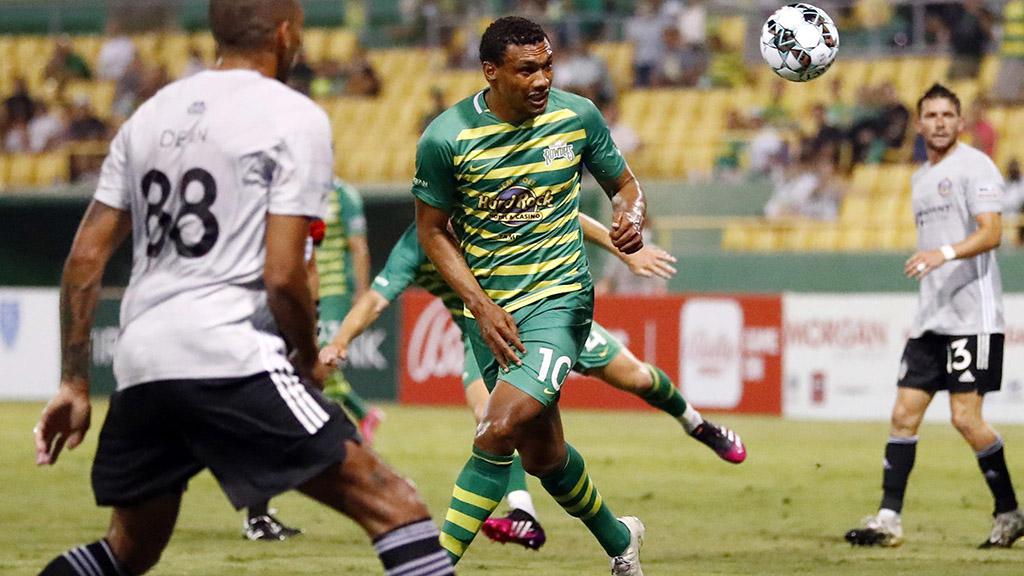 Steevan Dos Santos will get an early reunion with his former Pittsburgh Riverhounds SC teammates on Saturday night as the Tampa Bay Rowdies look for their second consecutive win to start the new campaign at Al Lang Stadium (7:30 p.m. ET | ESPN+ | Preview). Dos Santos started and played a role in the Rowdies’ final goal in their 3-0 victory against the Charlotte Independence last Saturday as Tampa Bay took its fifth consecutive victory in home openers since joining the league in 2017.

Facing former clubs is nothing new for Dos Santos, who faced the Rochester Rhinos – with whom he won the 2015 USL Championship Final – with Ottawa Fury FC, and then subsequently faced Ottawa after his move to join the Hounds. He scored against both of his former clubs, tallying once in three games against Rochester and once in two games against Ottawa, but is expecting a test from the Hounds despite a good collection of new faces in Head Coach Bob Lilley’s squad.

“They have a lot of new players this year, but Bob has his way to play, for sure it’s going to be a difficult game for us,” said Dos Santos this week. “It’s going to be hard for them as well, but we are just trying to do our best and take what we’ve been doing in training to the game and have a good game against them.”

The Charleston Battery didn’t have a player reach double-digits in goals during the 2020 Championship season, but the side did prove consistently effective in attack, sitting in the top third of the league in goals (28) and conversion rate (17%) as it reached the Eastern Conference Semifinals of the USL Championship Playoffs.

Head Coach Mike Anhaeuser is looking to continue that success this season, which could make for a very entertaining Friday night clash with a similarly-minded New York Red Bulls II side at MSU Soccer Park (7 p.m. ET | ESPN+ | Preview). With most of the club’s key attacking pieces back in the fold, including co-leading scorers Zeiko Lewis and Nicque Daley as well as Mauro Cichero and Stavros Zarokostas, Charleston is looking to entertain as well as take victories this year.

“Obviously, we were a very good defensive team, but last year we were able to score multiple goals in games, especially at home. We’re going to try to replicate that,” Anhaueser told the Charleston Post & Courier’s Jeff Hartsell. “We want to be attacking on the outside with our outside backs and wing play, and we want to get extra guys in the box to try to create more chances than we have in the past. I think the fans enjoy that a lot more than a 1-0 game, and we’re going to do everything we can to push the game to the other teams.”

Miami FC and Hartford Athletic square off on Saturday night at Riccardo Silva Stadium (7:30 p.m. ET | ESPN+ | Preview) with a chance to set an early marker after each coming through their opening games of the season with victories in the Atlantic Division.

For Miami, Saturday night should be a chance to build on a win that saw the hosts open on the front foot against Loudoun United FC before being reduced to 10 men and being forced to hold on after Janos Loebe’s red card. There was a good amount to like in the early minutes we saw then – and some good moments in attack even while down a man – and putting in a performance like that for a full 90 minutes could send a good message to the rest of the division that Head Coach Paul Dalglish’s side is ready to be a contender.

There was less expectation coming into the new season for Hartford, meanwhile, but Head Coach Harry Watling’s debut proved a success in a 3-2 win against the New York Red Bulls II that saw newcomers in Juan Carlos Obregon Jr. and Walmer Martinez both contribute offensively. Martinez has set the goal of playing for El Salvador’s national team, and could be one to watch again against Miami.