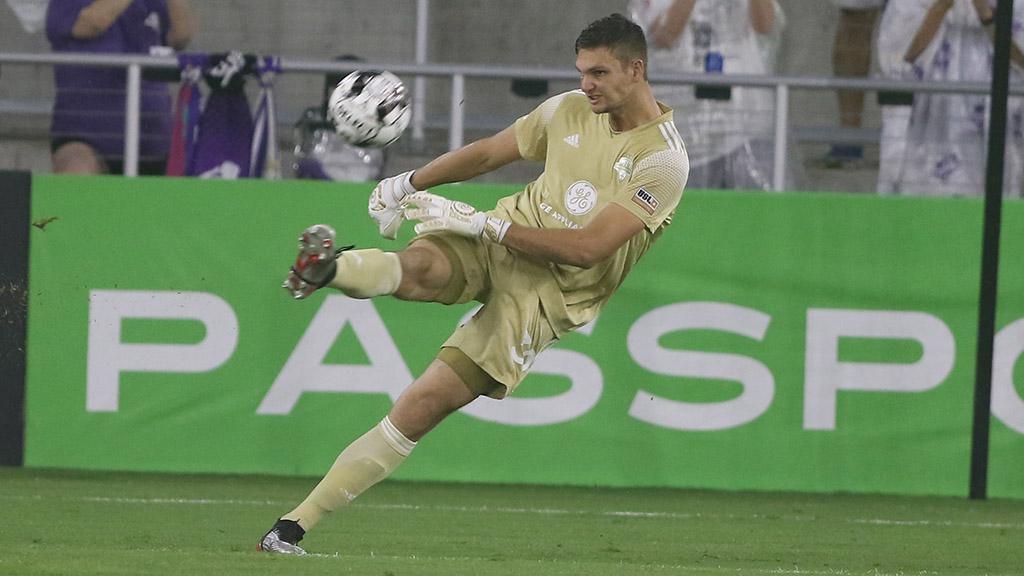 PHOENIX – Phoenix Rising FC announced on Thursday it had acquired goalkeeper Ben Lundt on loan from Major League Soccer’s FC Cincinnati. Under the terms of the loan agreement, FC Cincinnati has the right to recall Lundt, who is eligible for selection immediately.

Lundt joins Phoenix after in 2020 having been named the USL Championship’s Goalkeeper of the Year while on loan at Louisville City FC. The 6-foot-4 German shot-stopper made 44 saves and recorded nine shutouts while helping LouCity reach the Eastern Conference Final of the USL Championship Playoffs. Lundt also spent time on loan with LouCity during the 2019 Championship season.

“Ben comes to us with an amazing pedigree,” said Rising FC Head Coach Rick Schantz. “He understands what it takes to win in the USL. Ben is very confident and is an imposing figure in goal. I know he is excited about joining us. He will be a great addition to our goalkeeping family.”

Lundt was selected with the No. 37 pick in the 2019 Major League SuperDraft by FC Cincinnati and signed with the club following a stellar collegiate career at the University of Akron. The 25-year-old also competed in USL League Two for Reading United FC after coming to the United States, having come through the Academy program at Bundesliga club Hertha Berlin.

“I learned Phoenix needed a goalkeeper three or four days ago,” said Lundt. “The situation wasn’t right for me in Cincinnati. Being in the league the last two seasons, I know Phoenix Rising. I have a lot of respect for this organization. When I learned they were interested in me it became an easy decision.  was super happy to come here. My first session was good, just trying to get adjusted. The guys were nice and made me feel welcome.”