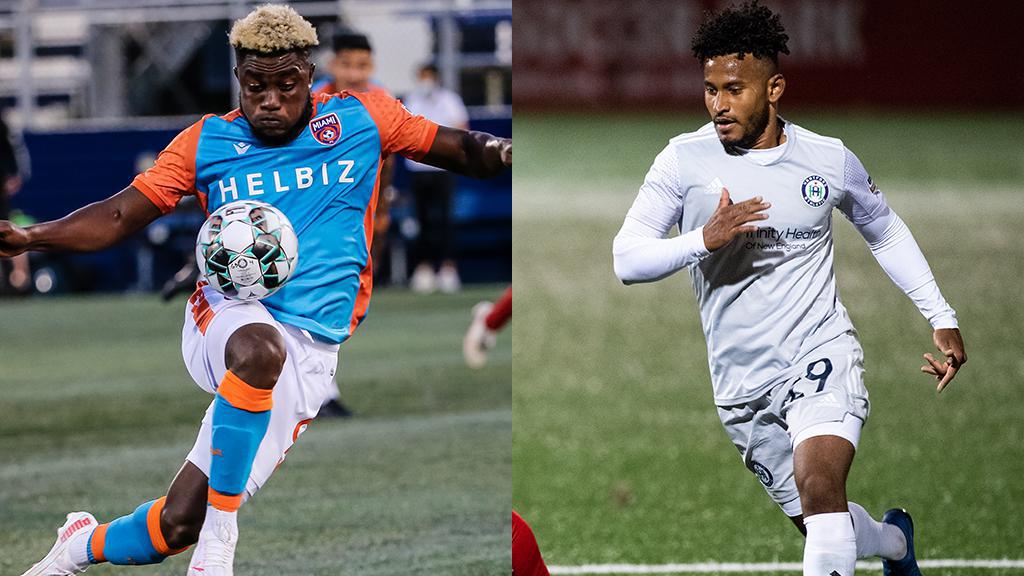 MIAMI – Miami FC and Hartford Athletic will both be looking to continue their successful starts to the season when they meet for the first time in their respective histories at Riccardo Silva Stadium on Saturday night. Kickoff is scheduled for 7:30 p.m. ET.

@TheMiamiFC (1-0-0, 3pts) made a flying start to its new season last Sunday night as it scored twice inside the opening 10 minutes against Loudoun United FC, but a red card to Janos Loebe in the 15th minute saw the hosts batten down the hatches to secure a 2-1 victory at full time as goalkeeper Connor Sparrow recorded eight saves on the 34 total shots Loudoun reeled off overall. Miami’s win was its third in a row at home dating back to the end of the 2020 regular season, and another three points could set a solid early marker ahead of the club’s first showdown with in-state rival the Tampa Bay Rowdies on May 22.

@HFDAthletic (1-0-0, 3pts) also had to battle for victory in its opening game of the season, which saw it take a 3-2 win on the road against the New York Red Bulls II last Friday night at MSU Soccer Park. Athletic midfielder Nicky Downs shone in the performance, which also saw the side get goals from stalwart playmaker Danny Barrera and new arrival Juan Carlos Obregon Jr. before holding off a strong Red Bulls II performance in the second half. The Athletic will be looking for more of the incisive attacking play that marked its debut under Head Coach Harry Watling against Miami, which would also provide it an early edge in the Atlantic Division standings.