Two early-season contenders square off in Indy’s return to Michael A. Carroll Stadium 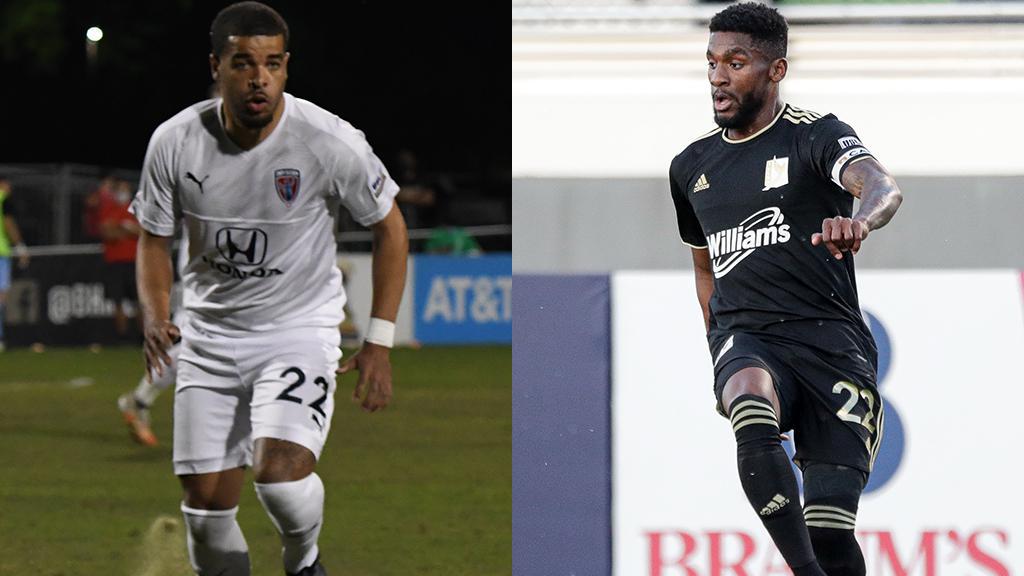 Indy Eleven's Jordan Hamilton and FC Tulsa's Bradley Bourgeois will both be hoping to help their sides continue good starts to the season when their clubs meet for the first time on Saturday night.

INDIANAPOLIS – Indy Eleven makes its much-anticipated return to Michael A. Carroll Stadium on Saturday night in one of the big games of the USL Championship weekend as it welcomes FC Tulsa, which enters after back-to-back victories to start the campaign. Kickoff is scheduled for 7 p.m. ET.

@IndyEleven (1-0-0, 3pts) returns to The Mike after three seasons at Lucas Oil Stadium, where it held one of the strongest home records in the Championship since its arrival in the league in 2018. The Boys in Blue went 26-8-10 at home over the past three regular seasons, among the best in the Championship over that span. Indy also kicked off its new season in solid fashion as newcomer Manuel Arteaga scored the only goal in a 1-0 victory against Birmingham Legion FC last Saturday night, giving Head Coach Martin Rennie’s side a good platform to build on with his new-look squad.

@FCTulsa (2-0-0, 6pts) has also been sharp in the early going, notching five goals across its opening two victories against OKC Energy FC and Sporting Kansas City II. Dario Suarez notched his second goal of the season last Saturday night as Tulsa defeated SKC II for the first time, while fellow Cuban Jorge Corrales has recorded assists in each of the club’s opening two games. Saturday’s game will mark the first meeting between Tulsa and Indy in their histories, and should the visitors come away with victory it would only add to their growing credentials as a potential title-contender this season.