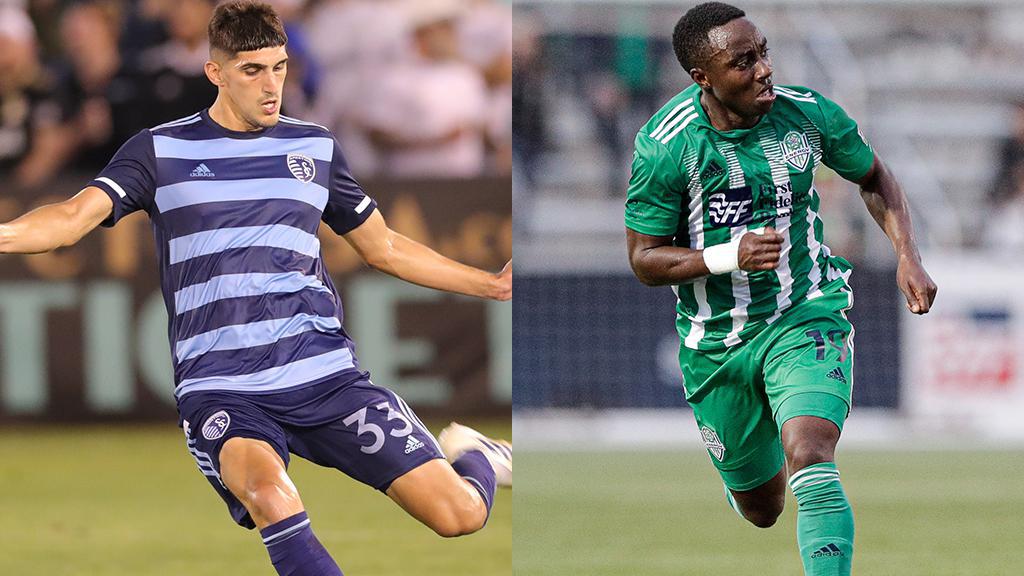 Sporting Kansas City II's Danny Barbir and OKC Energy FC's Mueng Sunday will look to help their sides claim a first victory in 2021 when they square off on Friday night at Children's Mercy Park.

KANSAS CITY, Kan. – Sporting Kansas City II and OKC Energy FC are both hoping to claim their first wins of the 2021 season as they square off at Children’s Mercy Park on Friday night. Kickoff is scheduled for 8 p.m. ET.

@SportingKCII (0-1-0, 0pts) returns home after falling 2-0 to FC Tulsa last Saturday night, a result that marked the first time the club fell to Tulsa in the USL Championship all-time. Little went SKC II’s way, the visitors recorded only one shot on target and won only 41.1 percent of duels while registering only nine tackles at a 44.4 success rate, numbers Head Coach Paulo Nagamura will be hoping to improve second time out. Sporting has held the upper hand on Energy FC in their prior 10 meetings, however, winning six times overall and going 4-2-0 on home turf.

@EnergyFC (0-2-0, 0pts), meanwhile, is looking to break out after suffering consecutive defeats to start the season for the first time in its history. Last Saturday night’s 1-0 defeat to Atlanta United 2 at Taft Stadium saw the side outshoot its visitors, but saw Atlanta hold the majority of possession and earn the edge in duels and aerial duels for the contest. According to American Soccer Analysis data, OKC has accumulated 2.62 Expected Goals over its first two games, but has scored only once, a sign of the lack of sharpness the side has displayed so far in front of goal it will be looking to improve against SKC II.