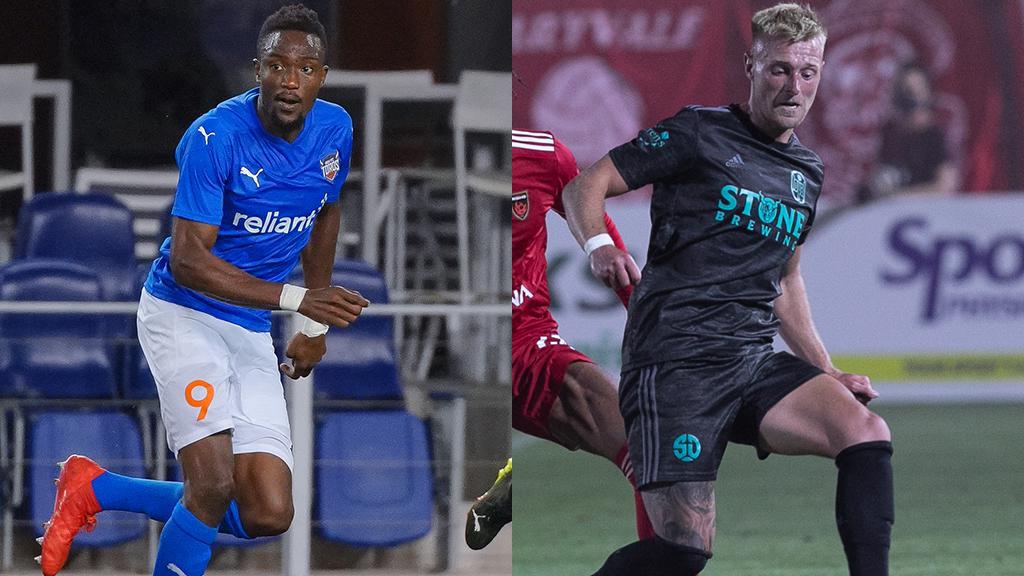 Rio Grande Valley FC's Elvis Amoh and San Diego Loyal SC's Jack Blake will both be looking to get on the scoresheet on Thursday night as their clubs meet for the first time.

@RGVFC (1-0-0, 3pts) claimed its first season-opening victory in club history last Saturday night as Elvis Amoh’s goal proved the difference in a 1-0 win against New Mexico United. The Toros’ new era of independence from the Houston Dynamo saw only two players – James Murphy and Carter Manley – appear from the club’s final of the 2020 season, and it was Murphy that provided the assist on Amoh’s tally as the Toros held New Mexico to only two shots on goal. RGVFC will be looking for more of the same against SD Loyal before three consecutive games against Copa Tejas rivals San Antonio FC and El Paso Locomotive in the coming weeks.

@SanDiegoLoyal (0-1-0, 0pts) are aiming to rebound from a disappointing outing to start its second season in the Championship last Friday night, where Phoenix Rising FC handed Head Coach Landon Donovan’s side a 4-1 defeat. SD Loyal held 61 percent of possession against Phoenix, but only turned that into three shots overall and one shot on goal, which proved its lone goal by Ben Spencer. Thursday night’s contest will mark the first meeting between San Diego and the Toros and stands as the lone interdivisional contests in the Championship during Week 3.