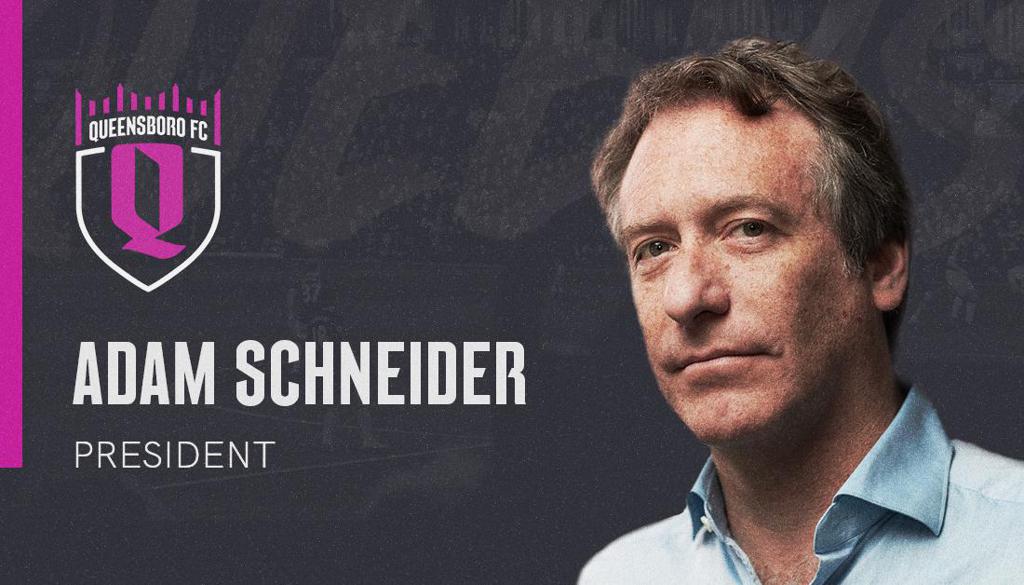 NEW YORK – Queensboro FC announced on Monday the appointment of accomplished sports and entertainment executive Adam Schneider as the club’s Team President. Schneider, who was born in Queens and has deep family roots in the borough, will be responsible for all the club’s business divisions, including strategy, sales, marketing, and operations as the club builds toward its expansion season in the USL Championship in 2022.

Additionally, with his background working with world-class venues and events, Schneider will spearhead the club’s stadium roadmap and development, including Queensboro FC’s partnership with CUNY and York College to build the first-ever soccer-specific stadium in New York City. Schneider will report directly to Queensboro FC Owner, Jonathan Krane.

“I look forward to helping Queensboro FC become a benchmark sports and entertainment organization in Queens and New York City, both on and off the field,” said Schneider. “The shared live sports experience is priceless and irreplaceable, and we are dedicated to bringing people together to celebrate culture and community through Queensboro FC.”

A seasoned executive, deal maker and brand builder, Schneider has generated more than $1 billion in revenue on behalf of sports and entertainment businesses including the Detroit Pistons and the Lollapalooza music festival. Schneider previously served as Head of Entertainment at Palace Sports & Entertainment, overseeing the Pistons’ arena as well as its three outdoor amphitheaters, which annually hosted over 150 events with 1.5 million in attendance. He began his career working for legendary concert impresario Bill Graham, during which time Schneider crafted the production blueprint for the Lollapalooza tour, an original model replicated by numerous premier touring music festivals to this day.

“We are delighted to have Adam join the Queensboro FC family, and we welcome him back to the world’s borough,” said Krane. “Adam’s track record of success, business acumen, and commitment to building diverse teams and partnerships will greatly benefit the development of an innovative sporting organization, and breakthrough fan experiences.”