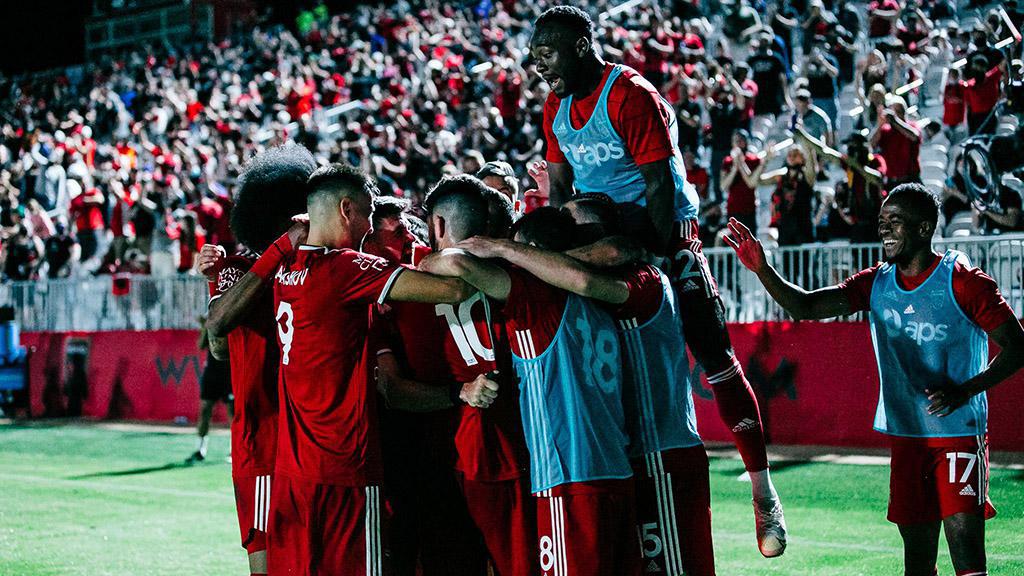 PHOENIX – Walking away a winner after christening Phoenix Rising FC’s new 10,000-seat home venue at Wild Horse pass with an emphatic victory, the red smoke from the supporters’ sections billowing across the field, the sense of elation for Spanish winger Santi Moar was palpable.

“It feels like a million dollars,” said Moar. “We were waiting for this for a long time and there was obviously pressure coming into this game, the biggest game of the week, and we came out as a group and we got the win that we all wanted.”

The questions and concerns that had arrived after an underwhelming preseason? All addressed. With the national television cameras on hand, Rising FC turned into the team that has claimed silverware each of the past three USL Championship seasons. The club’s 4-1 victory against San Diego Loyal SC was a decisive attacking display against an opponent that appeared to get caught in the bright lights of the national spotlight.

"I told the guys today before the game started that the crest they wear is not a crest, it's a shield,” said Rising FC Head Coach Rick Schantz. “I used a line from the movie 300 with the Spartans, and I said that nobody breaks your shields when you come together, and you have to stay together. All the noise outside, all the concern and the worry about preseason, nobody else can hold a shield but you guys. And boy, they really protected the house.” 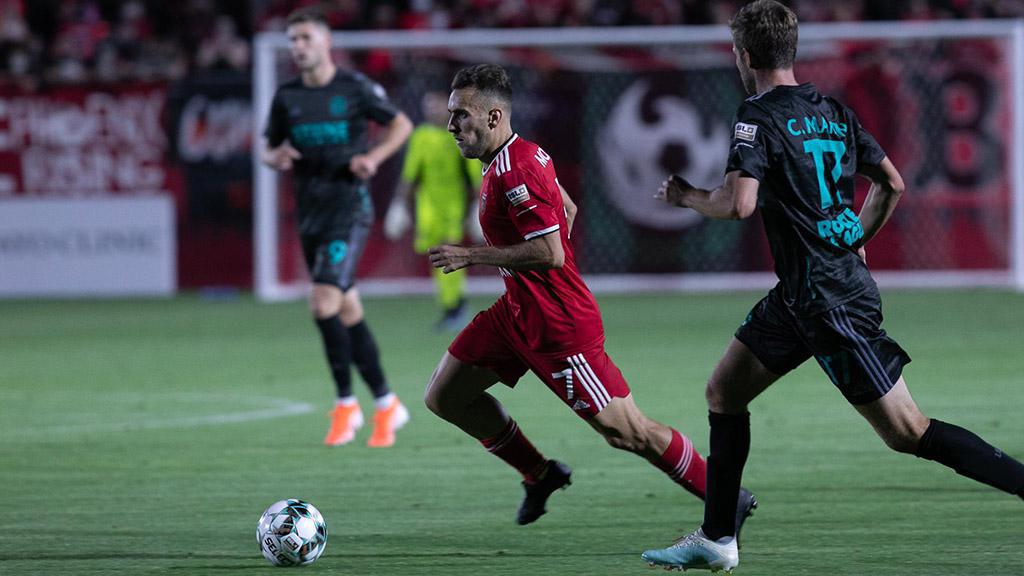 A standout performer in the 2020 USL Championship Playoffs, Santi Moar picked up where he left off to start the 2021 season with one goal, two assists and six key passes in Phoenix's 4-1 victory. | Photo courtesy Ashley Orellana / Phoenix Rising FC

At the center of it all was Moar, whose one goal, two assists and six key passes began his second season in the desert where the first campaign had left off. After a slow start to 2020 – which included a red card in the third game after the season’s resumption in July – Moar quietly found his space in Rising FC’s prolific attacking lineup. He finished the season with eight assists, tied for second in the Championship across the regular season and playoffs, while helping drive the club to a second Western Conference Title.

What Moar does by now is no secret. Stopping him, though, is an unenviable task. A right-footed winger who feels most comfortable on the left, Moar offers the threat of going to the byline to deliver, but more often cuts inside with the aim to either shoot – something he did brilliantly in 2019 for New Mexico United – or to pick out the right pass for a teammate to deliver the final blow.

On Friday, all six of Moar’s key passes came from within the left edge of the penalty area. He set up both Aodhan Quinn and Kevon Lambert for finishes with smart passes and capitalized on a rebound after providing the same for an initial shot by Jon Bakero, staying alert in the penalty area after dishing to his teammate to bag Phoenix’s second goal on the night.

“We learned from the mistakes and today we were very focused, very, very focused, and I think that was the difference,” said Moar. “Coming here knowing that it's going to be a difficult game, we treated it like that and thankfully we got the result.”

After earning 44 victories in 64 regular-season and playoff games at Casino Arizona Field, Phoenix’s first chapter at Wild Horse Pass provided a reminder that for Rising FC, there’s no place like home.

“It felt like the old stadium a little bit,” said Schantz. “It was awesome, I felt that vibe, the red smoke when we scored goals. And when I got that feeling, I was like, okay, we're home. You don't want to close a chapter on our history at all. From what we did at the old stadium, now it's kind of come here, a new post. It was fantastic, I was so happy and so proud of the boys.”