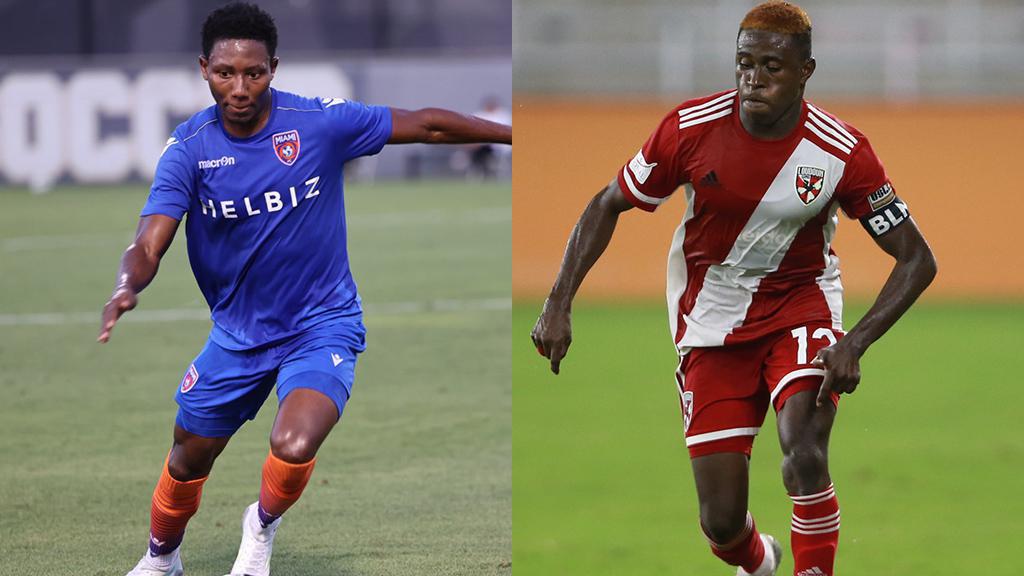 Jamaican international Speedy Williams is set for his debut for Miami FC as it hosts Loudoun United FC and Kairou Amoustapha on Sunday night at Riccardo Silva Stadium.

MIAMI – Miami FC kicks off its second season in the USL Championship on Sunday night with a visit from Loudoun United FC at Riccardo Silva Stadium. Kickoff is scheduled for 7:30 p.m. ET.

@TheMiamiFC (0-0-0, 0pts) is hoping to make a fast start to the new campaign after an offseason that saw the club bring aboard former Inter Milan executive Michael Williamson to lead the club as President, and a roster overhaul aimed at earning a place in the USL Championship Playoffs after missing out a year ago. Among the new arrivals are 2020 Championship All-League selection Speedy Williams, previously of Louisville City FC, who is joined in midfielder by Bolu Akinyode and former Orlando City SC Homegrown signing Pierre Da Silva. The club has also signed another former LouCity standout as Paco Craig makes his return to the league on Miami’s back line alongside former Italian international Luca Antonelli and Sean McFarlane, while the attack should be led by Haiti international Christiano Francois after his career year in Reno in 2020.

@LoudounUnitedFC (0-0-0, 0pts) will offer the first test for Miami’s new side, but Head Coach Ryan Martin has his own new faces to work with after a 2020 season in which nothing seemed to quite fall right for his side. In the center of the new arrivals is former Sacramento Republic FC midfielder Drew Skundrich, whose experience and leadership will be essential, while Nicky Downs (Hartford Athletic) and Samson Sergi (New Mexico United) also add to the squad. The player to watch for Loudoun, however, might be Kairou Amostapha after the 20-year-old Niger international recorded three goals in nine appearances a season ago.