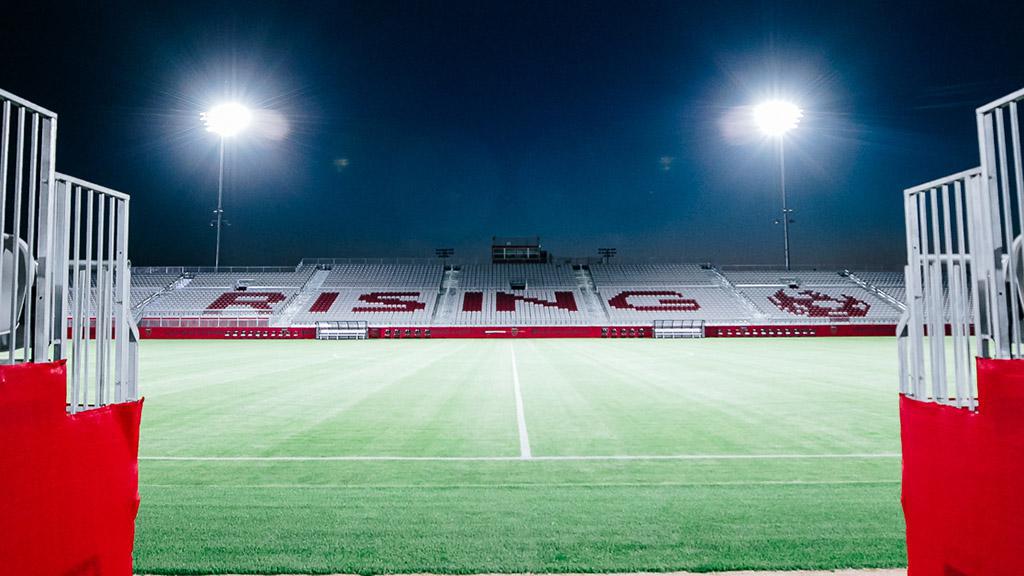 PHOENIX – When Phoenix Rising FC began its new era at what became Casino Arizona Field in March 2017, a capacity crowd of 6,890 fans filling the swiftly-created home to the rafters, it drove a groundswell of support that has seen the club become both successful on the field, and one of the model clubs in the USL Championship in building an identity locally and on the national stage.

On Friday night – when the club opens its new 10,000-seat venue at Wild Horse Pass at the Gila River Indian Community with a nationally-televised clash against Pacific Division rival San Diego Loyal SC – the potential for an even greater increase in Rising FC’s profile and following is there for the taking.

“We have a new, larger capacity venue in a rapidly growing area,” Rising FC General Manager Bobby Dulle told Sports360AZ.com’s Brandon Bonaparte recently. “Wild Horse Pass is 20 minutes from the West Valley on the 202, and 10 minutes south of the airport on I-10 or the 101. We feel like we’re in a great position to build our fanbase and expand the excitement at our matches now that more and more people are becoming vaccinated.”

Rising FC’s ascent under the leadership of its broad ownership group, led by Governor Berke Bakay, has been one of the key elements in the Championship’s growth in regional and national visibility. From the recruitment of legendary player Didier Drogba to not only join the club’s ownership group but play for two seasons – helping the side reach the 2018 USL Championship Final with three goals in its postseason run – to the addition of high-level talent including two-time USL Championship MVP Solomon Asante, Phoenix has become a perennial contender to claim the league title.

But what the club’s former venue also helped build was a club and supporter culture that has provided some of the most memorable nights and gameday atmospheres in the league. Local fans led by the Red Fury and Los Bandidos have carved out a significant place in the city’s sporting landscape, an impressive feat considering Phoenix also has teams in all four of the NFL, NBA, MLB and NHL that call its metropolitan area home. 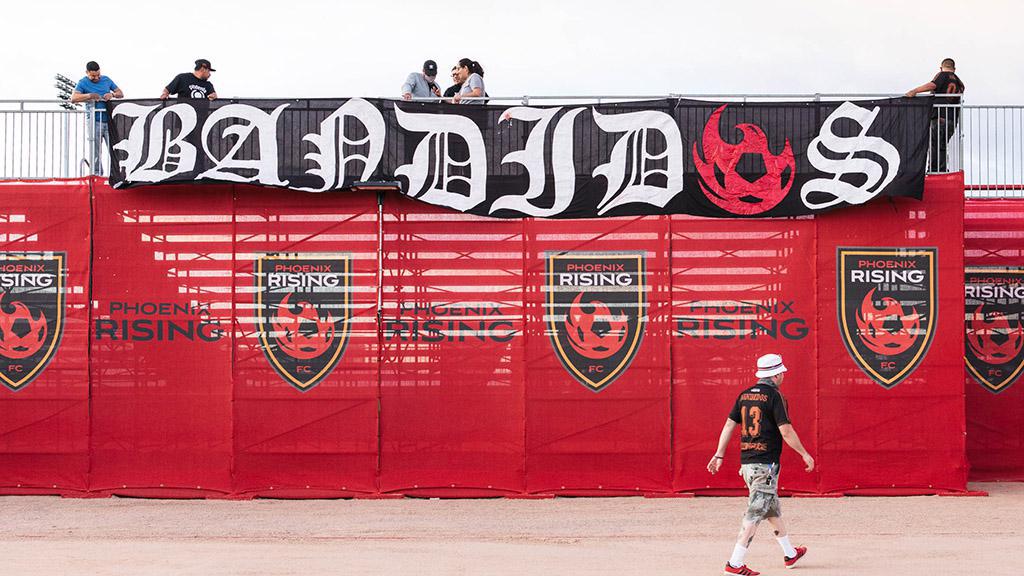 Los Bandidos have provided the soundtrack for Phoenix Rising FC's ascent in the Championship and will have their own prominent space in the club's new 10,000-seat home at Wild Horse Pass. | Photo courtesy Grace Stufkosky

Rising FC’s new home is going to not only offer the potential to crank up the in-game atmosphere to an even higher level, but to offer fans far greater amenities that were previously available.

“Everything that we heard from our fans that they wanted us to improve upon, including access, lack of permanent restrooms, family areas that we didn’t have,” Bakay told Bonaparte, “even more elevated and robust VIP experience, we now have them all.”

Phoenix’s new home is the first of three new venues set to open in the 2021 Championship season, with Colorado Springs Switchbacks FC’s new 8,000-seat downtown venue making its debut on Friday, May 21 and the Charlotte Independence’s renovated 10,000-seat Memorial Stadium scheduled to open on Saturday, June 5.

Investment into infrastructure by current clubs in the USL Championship and USL League One and prospective expansion teams also remains on the front burner. This week saw the unveiling of plans for the first professional soccer-specific stadium in New York City’s Five Boroughs by Queensboro FC, with the 7,500-seat venue on the campus of York College set to make its debut next spring as the club joins the Championship. Other expansion markets such as Pawtucket, Rhode Island and Des Moines, Iowa also continue to make progress, with soccer-specific venues forming the centerpieces of major mixed-use infrastructure projects that will transform both cities. Currently, the total investment in the present and future homes of Championship and League One clubs tops $1 billion as the league’s clubs establish themselves as essential parts of their home communities.

In Phoenix, meanwhile, Friday night’s clash with an expected 50 percent capacity on hand marks the next landmark moment for a club whose best days are yet to come.

“We’ve proven it with our staff, we’ve proven it with the players that we bring in, and now the ownership and Gila River are proving it with the infrastructure,” said Rising FC Head Coach Rick Schantz. “There’s desire to be at the very top level and when they say it, I think now there’s proof that if these guys say something, they’re going to do something.”