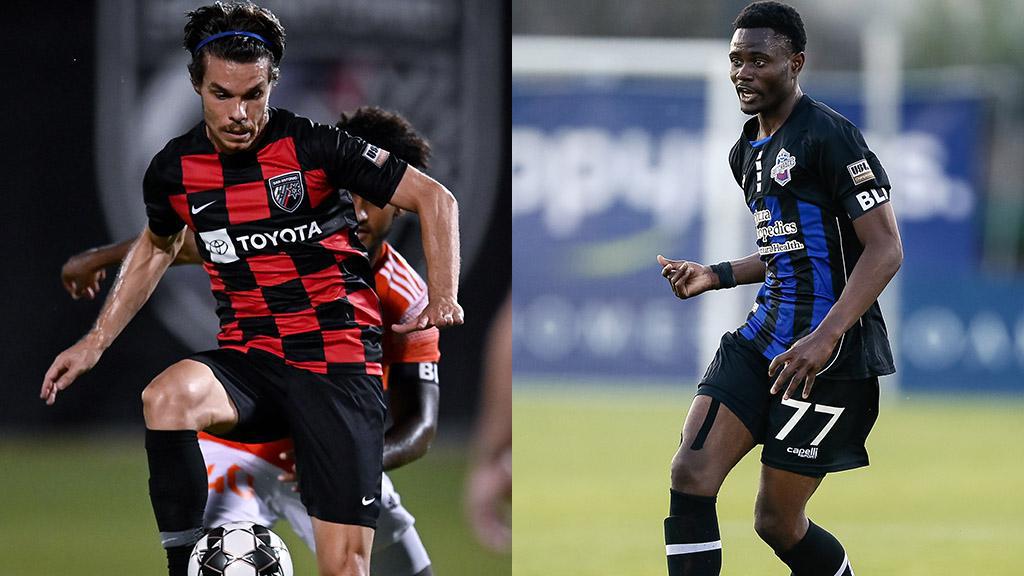 San Antonio FC's PC and Colorado Springs Switchbacks FC's Andre Lewis are set to square off as their sides meet on Saturday night at Toyota Field.

SAN ANTONIO – San Antonio FC plays host to Colorado Springs Switchbacks FC in the season opener for both clubs at Toyota Field on Saturday night with the hosts looking to maintain the stellar home form that was a hallmark of its 2020 campaign. Kickoff is scheduled for 8:30 p.m. ET.

@SanAntonioFC (0-0-0, 0pts) won seven of its eight games while going undefeated at Toyota Field during the 2020 regular season, which helped power the club’s return to the USL Championship Playoffs. Head Coach Alen Marcina’s side is now looking to build on last season’s success after some offseason changes that have brought new arrivals including midfielders Chris Lema and Cam Lindley and forwards Santiago Patino and Justin Dhillon aboard. There are some notable returnees for SAFC, too, including 2020 Championship Young Player of the Year Finalist Jose Gallegos, whose offseason saw him spend a training stint in Germany with Bayern Munich, brightening the spotlight on the talented 19-year-old.

@SwitchbacksFC (0-0-0, 0pts), meanwhile, has undergone much change as the club enters a new era at its 8,000-seat downtown stadium, which opened officially last Saturday night as the side played to a 2-2 draw with Orange County SC. Hadji Barry earned the honor of scoring the first goal at the new Weidner Field, and the Guinean is one of the new faces to watch under new Head Coach Brendan Burke alongside former U.S. Men’s National Team player Jose Francisco Torres, captain Jimmy Ockford and Colorado native Dillon Serna. There are familiar faces back in the fold as well with the club’s all-time appearance leader Jordan Burt re-signing this offseason as well as Jamaican midfielder Andre Lewis, giving the Switchbacks hope of a first postseason appearance since 2016.