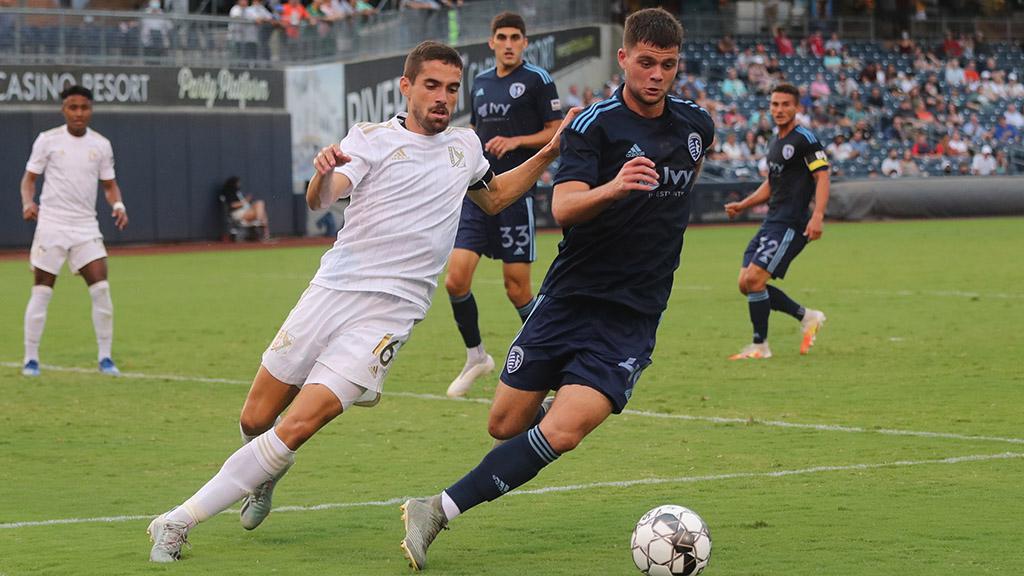 TULSA, Okla. – FC Tulsa will look to build off victory in its first game of the 2021 USL Championship season as it plays host to Sporting Kansas City II for its home opener at ONEOK Field on Saturday night. Kickoff is scheduled for 8 p.m. ET.

Led by a pair of goals from El Salvador international Joaquin Rivas, @FCTulsa (1-0-0, 3pts) got out to a strong start to the new season in a 3-1 victory against Black Gold Derby rival OKC Energy FC last Saturday night. Tulsa will be looking to build on that performance as it returns to ONEOK Field, where in 2020 it lost only once in eight games during its run to the USL Championship Playoffs. That sole loss, however, came against Saturday’s visitors Sporting Kansas City II, and ahead of a four-game road trip that follows, Tulsa could be ready to exact a little payback for that result.

@SportingKCII (0-0-0, 0pts) will kick off its new season in Tulsa, meanwhile, with a handful of new faces likely to make their debuts. Leading the way is likely to be Ropapa Mensah, who notched a hat trick in the side’s final preseason exhibition last Saturday against Rockhurst University. The former Pittsburgh Riverhounds SC forward joins a side that continues to balance a mix of youth and experience, with midfielder Christian Duke and defender Danny Barbir both likely to play important roles this season. After missing out on the postseason for the past two seasons, SKC II will be eager to try and maintain its overall success against Tulsa, which it is undefeated against in nine previous meetings.