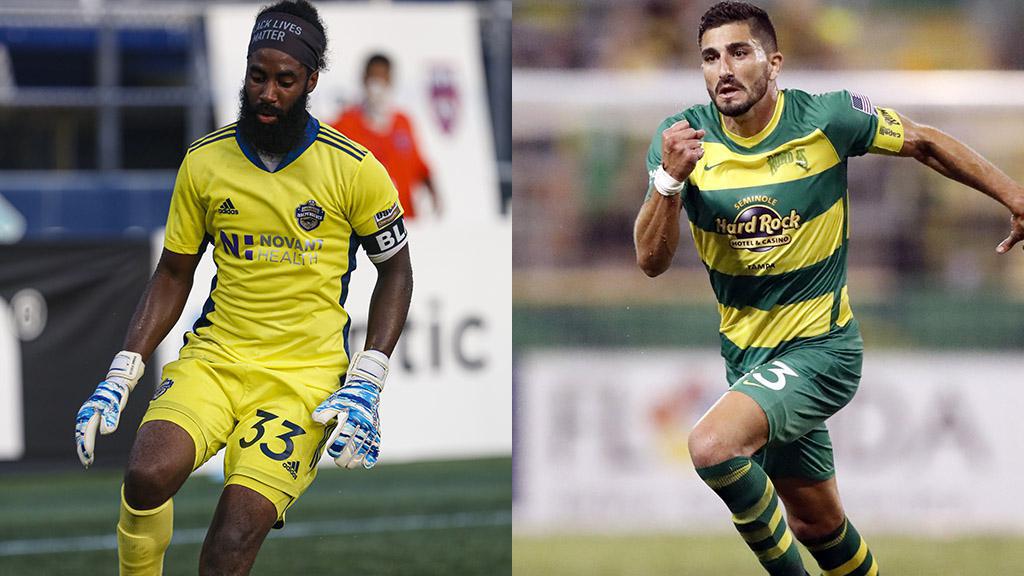 The Charlotte Independence's Brandon Miller (left) and Tampa Bay Rowdies' Sebastian Guenzatti are set to square off as their teams meet at Al Lang Stadium on Saturday.

ST. PETERSBURG, Fla. – The defending Eastern Conference Title holder Tampa Bay Rowdies open their new season at the friendly confines of Al Lang Stadium on Saturday as fellow 2020 Championship Playoffs side the Charlotte Independence visits for its opening game of the new season. Kickoff is scheduled for 7:30 p.m. ET.

After claiming their first silverware in the USL Championship last November, the @TampaBayRowdies (0-0-0, 0pts) have retained much of the squad as it begins the new season. Leading the way is captain and forward Sebastian Guenzatti, whose 31 goals over the past three seasons have seen him become one of the top forwards in the league, while the defensive trio of two-time Championship Defender of the Year Forrest Lasso, Jordan Scarlett and Aaron Guillen and goalkeeper Evan Louro are also back for another campaign. The Rowdies have added some new pieces, too, with veteran forward Steevan Dos Santos and former Atlanta United FC midfielder Laurence Wyke among those looking to help continue the club’s success.

The @Independence (0-0-0, 0pts) have seen changes, including the departure of their leading scorer from a season ago in Dane Kelly, now competing for Bnei Sakhnin FC in the Israeli Premier League. To try and replace that output, Charlotte has brought on board former San Diego Loyal SC forward Irvin Parra as part of its offseason moves, which have also included the arrival of midfielder Brandt Bronico on loan from Charlotte FC and veteran defender Christian Dean. The Independence do have some reliable players returning too, led by 2020 Championship All-League selection Brandon Miller in goal, defender Hugh Roberts and attacking midfielder Enzo Martinez, making this an intriguing opening test for the visitors.