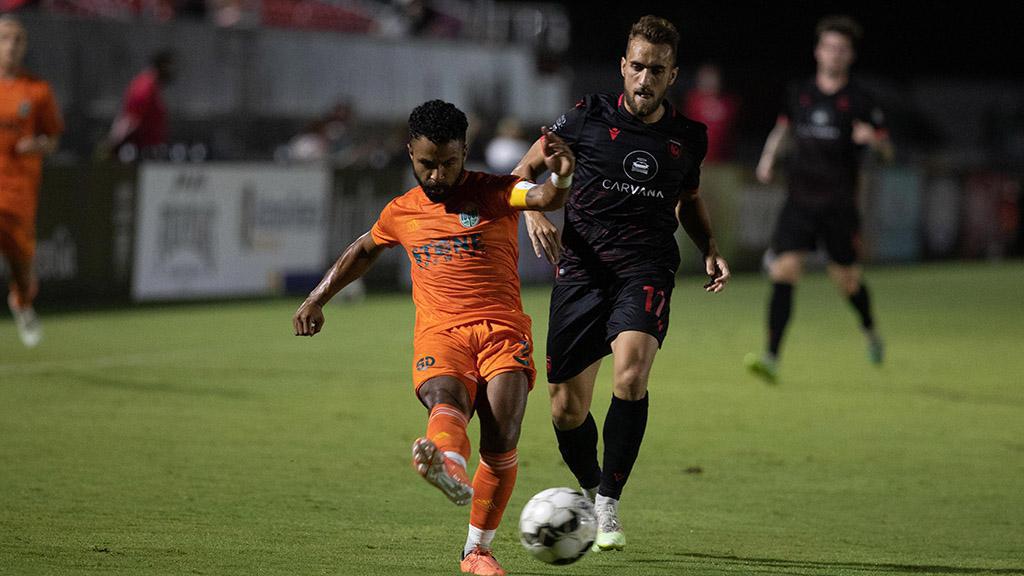 @PHXRisingFC (0-0-0, 0pts) is set to welcome 50 percent of capacity to its new home as it begins the defense of its second Western Conference Title in the past three seasons. Rising FC has made some notable additions to its lineup including former Orange County SC midfielder Aodhan Quinn and 2019 USL League One MVP Arturo Rodriguez. The side’s performances in its final preseason outings – losing 3-1 to Colorado Springs Switchbacks FC and 4-0 to New Mexico United – has raised some eyebrows, however, and Phoenix will be looking to put forward a strong opening statement on national television.

@SanDiegoLoyal (0-0-0, 0pts) will be looking to spoil the party, though, and with its own new additions including midfielder Jack Blake and defender Thomas Vancaeyezeele they have bolstered a side that was on the upswing in form as it concluded its first season in the Championship. San Diego could take some inspiration from four years ago, too, when Phoenix opened the predecessor to its current home. Back then Toronto FC II – and current SD Loyal player Ben Spencer – took a 1-0 victory on the road. If San Diego can pull that off, it would burnish their preseason look as a serious contender.