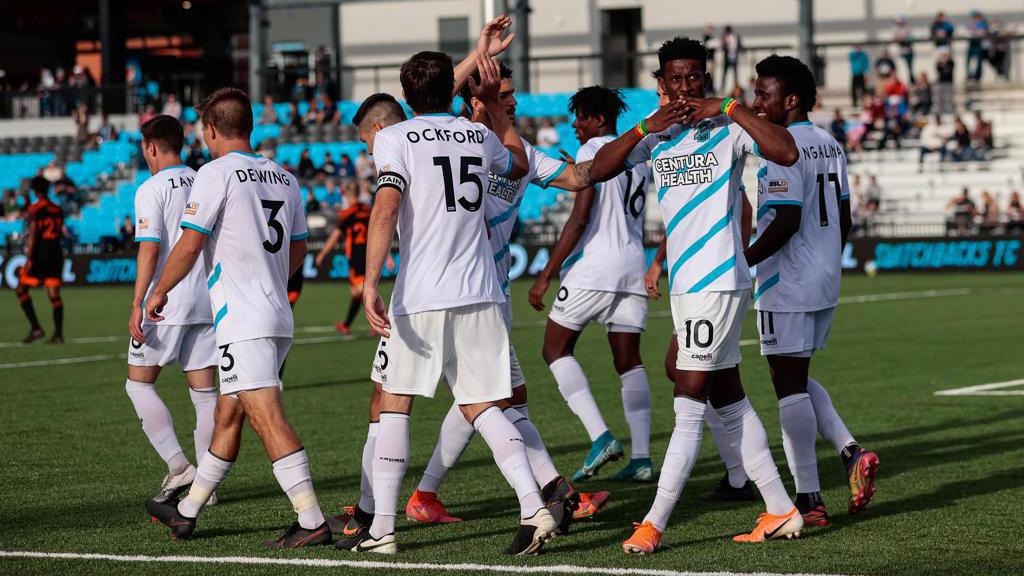 COLORADO SPRINGS, Colo. – As the lone remaining player from the first Colorado Springs Switchbacks FC lineup to suit up in the club’s inaugural home opener, Saturday night’s opening of the club’s new 8,000-seat home in the city’s downtown was something special for Jordan Burt..

“Last year when we were standing over there staring at a dirt patch, I never could've imagined what it turned out to be,” said Burt, now set for his seventh season in Colorado Springs. “I think back to all of the years of me being with the Switchbacks, and I'm just incredibly grateful to be a part of this organization because tonight there was a special energy that I've never felt, and I can't wait for the rest of the season.”

The debut for the new facility – part of Colorado Springs’ broader City for Champions development – saw the hosts play to a 2-2 draw against fellow USL Championship side Orange County SC. Offseason arrival Hadji Barry scored both goals for the Switchbacks, taking the honors of scoring the first goal in the new stadium’s history with just five minutes gone.

Orange County rallied twice to earn a draw, with Ronaldo Damus scoring early in the second half before the Switchbacks conceded a late equalizer on an own goal. Still, the result couldn’t dampen the enthusiasm for what’s ahead for the side as it prepares for what is set to be a transformative season for the Switchbacks at the new version of Weidner Field. 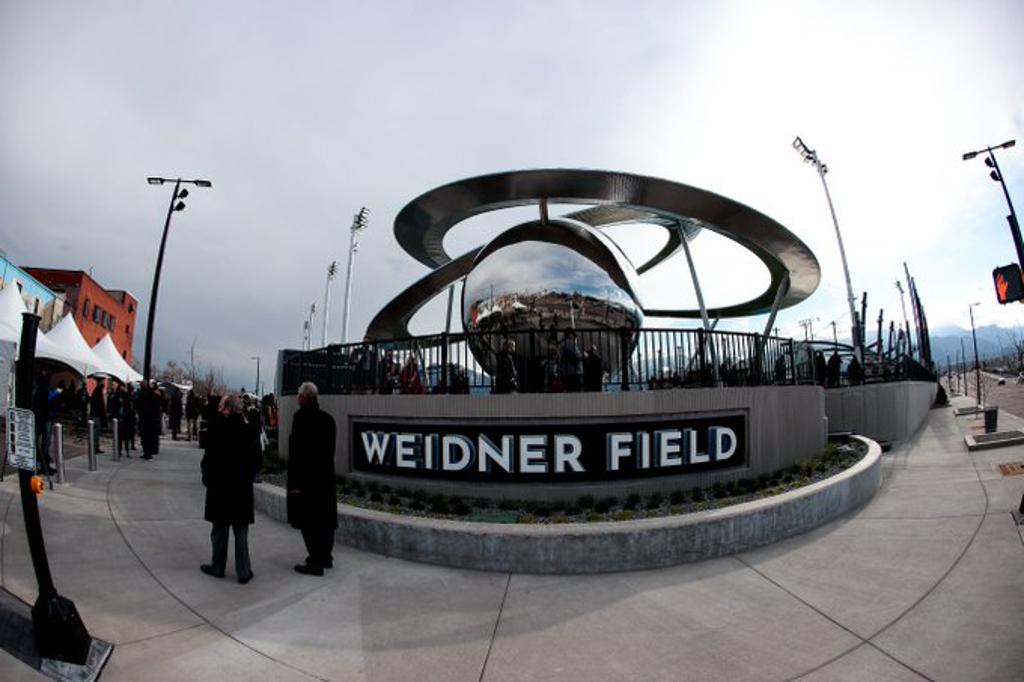 Colorado Springs’ new home is one of three set to open in the Championship this year, with Phoenix Rising FC’s new 10,000-seat home at Wild Horse Pass in the Gila River Indian Community set to make its debut this Friday night as the side hosts San Diego Loyal SC on ESPN2. Then in June, the Charlotte Independence will make their debut at a newly-renovated Memorial Stadium as the Tampa Bay Rowdies visit for the club’s home opener at the historic 10,000-seat stadium.

While those both should provide a heightened level of home-field advantage for their clubs, Weidner Field has something both of those don’t – a serious elevation. At an altitude of 6,065 feet, it’s set to be the highest-sitting soccer-specific venue in the United States.

For Burt, the atmosphere and emotion on Saturday night could pave the way to creating something special in the city.

“This felt like a regular-season game to me,” he told the Colorado Springs Gazette. “When we’ve been training, we’ve had cranes in here and they’ve been finishing all the details of the stadium. But to see the lights on and the fans here, it was truly special. It brings an energy that I really love.”