Back in Black, Rivas Delivers in Black Gold Derby Victory 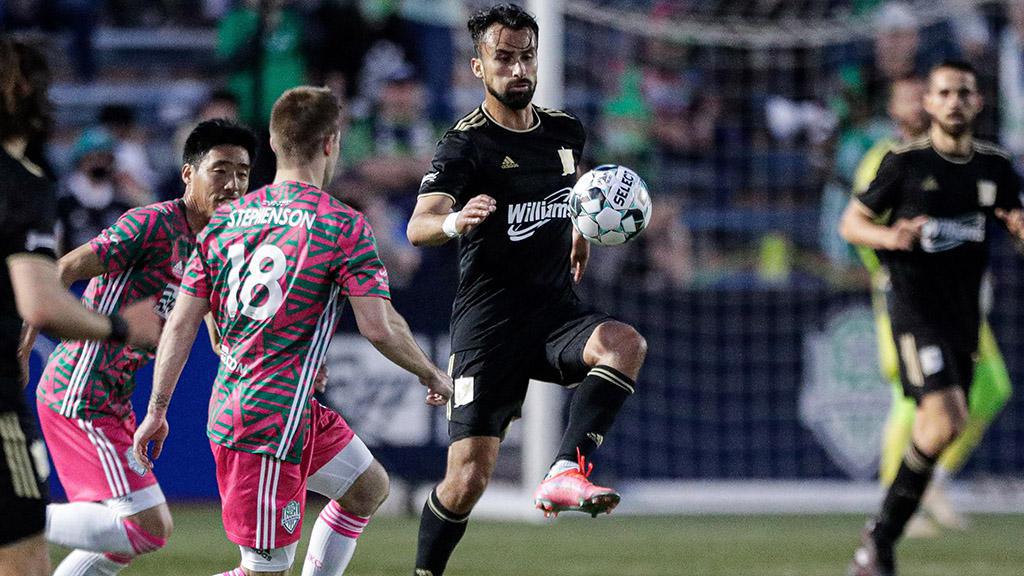 OKLAHOMA CITY – When it comes to his attitude in the attacking third, the approach for FC Tulsa’s Joaquin Rivas is a simple one.

“When we’re outside the box or inside the box, I shoot,” he said. “Doesn’t matter how it comes to me, but shoot, shoot, shoot and then the goals will come.”

On Saturday night, you certainly couldn’t argue with the results.

Making his 100th regular-season appearance in the USL Championship, Rivas’ two goals provided the impetus for Tulsa’s 3-1 victory against Black Gold Derby rival OKC Energy FC at Taft Stadium that marked a successful start to the 2021 Championship season for the visitors, and for Rivas as he returned to the side for which he had previously found success during the 2017 and 2018 seasons.

The El Salvador international struck first in the 29th minute, putting away a simple close-range finish after a well-delivered cross by Jorge Corrales – himself also making his return to Tulsa’s lineup after three seasons in Major League Soccer – from the left side before wheeling away to celebrate with the travelling support that made up a festive crowd of 3,880 on hand.

Seven minutes later, Rivas produced more of the quality that had endeared him to supporters during his first stint at the club. The build-up to the chance wasn’t clean, but when a stretching header by Matt Sheldon in the left side of the penalty area dropped toward Rivas, he produced a sublime left-footed volley that floated over Energy FC goalkeeper CJ Cochran and dropped into the right corner of the net.

“Oh, it was a blast; it was beautiful,” said Tulsa Head Coach Michael Nsien. “I mean just the confidence to make that attempt says a lot about him and his character. There’s a ton of goals in it for him this season with that kind of confidence, striking balls from there. We’re already looking at a goal of the week.”

The first-half display was filled with similar confidence throughout a side looking to build on its appearance in the 2020 USL Championship Playoffs. Tulsa outshot its hosts 6-3 and almost added a third in the closing minutes before the break by Sheldon, whose powerful shot from the right side of the penalty area was tipped onto the near post by Cochran.

The second half proved much more of a battle, however, as Energy FC responded strongly to the deficit, and could have considered itself unlucky at least once not to be awarded a penalty kick that could have quickly changed the complexion of the game. Off a free kick in the 52nd minute, a header across goal by Tucker Stephenson found Mitch Osmond, whose close-range finish appeared to be blocked by a combination of Tulsa defender Modou Jadama’s right thigh and arm. No call came, and while OKC’s pressure eventually told through a goal by Conor Donovan with 14 minutes to go, the visitors were able to come away with just their second win all-time on their rivals’ home turf. 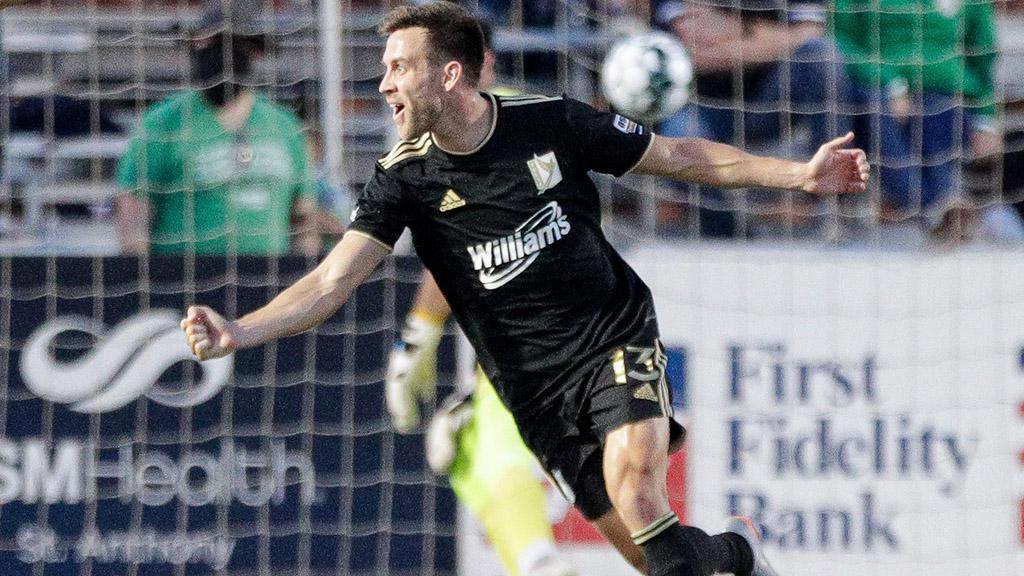 FC Tulsa's Matt Sheldon was one of the other standout performers in his side's 3-1 victory against OKC Energy FC on Saturday night at Taft Stadium. | Photo courtesy Steven Christy / OKC Energy FC

“I’m happy how with our guys worked hard from the first minute, even though we were defending a lot of the second half,” said Rivas. “I think we all worked hard defensively and recovering those second balls and pushing up and whatnot, but I’m glad how everyone worked the first game. A couple of new faces, and I think we all come together and that’s going to come a long way in this very long season.”

Rivas’ pair of goals have now moved him to 19 all-time in Tulsa’s colors, one behind Sammy Ochoa for the club’s regular-season record. With the club’s home opener at ONEOK Field up next against Sporting Kansas City II next Saturday night, and Rivas’ desire to make the most of his opportunities, that record could arrive sooner rather than later.

On Saturday night, though, the satisfaction of a winning start in front of their travelling cohort against the club’s biggest rival made for an ideal start to the new season.

“This is huge for us and even bigger for the fans,” said Rivas. “I mean scoring that goal and running to the corner to them, I think it’s very special to myself as well and just kept the momentum going. Getting the first one’s always the most important goal, right? And then luckily, we got the second one right away as well. I’m happy things went so well today, and we got the win.”