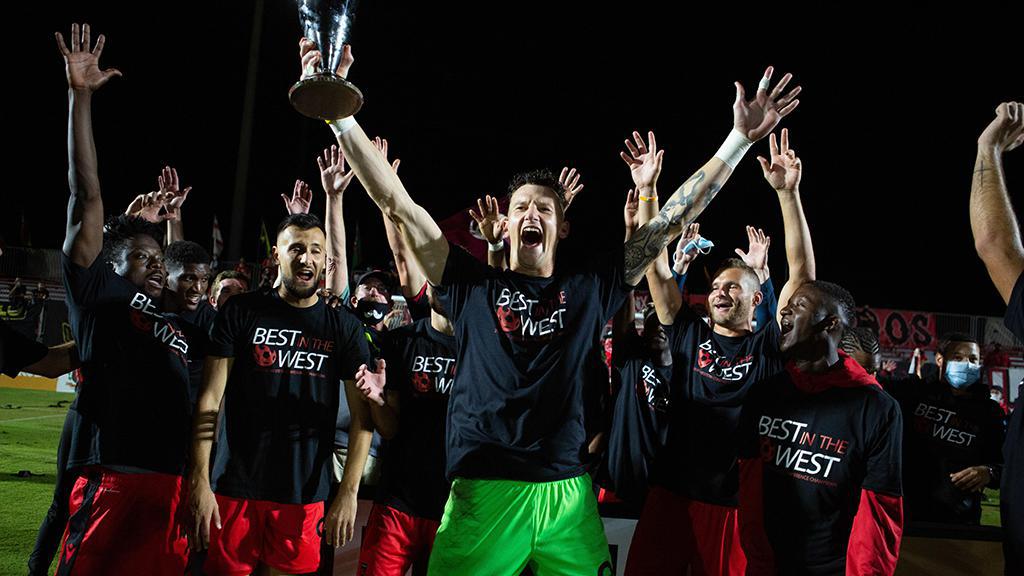 Phoenix Rising FC claimed its second Western Conference Title in the USL Championship in the 2020 postseason, and enters the 2021 campaign as favorite to win it all according to fivethirtyeight.com. | Photo courtesy Grace Stufkosky / Phoenix Rising FC

Two-time USL Championship Western Conference Title-winner Phoenix Rising FC will enter the 2021 season as the favorites to claim victory in the USL Championship Final, according to analytics website fivethirtyeight.com, but the chasing pack of fellow contenders appears to be growing as the new season arrives on Saturday.

Rising FC is rated an 18 percent chance to claim its first league title in club history in November ahead of its season opener against San Diego Loyal SC on Friday, April 30 (10 p.m. ET | ESPN2). That’s slightly down from its preseason odds a year ago, when Rising FC entered the season with 21 percent odds.

For a complete look at the fivethirtyeight.com preseason rankings, visit the Championship’s Club Soccer Prediction’s page.