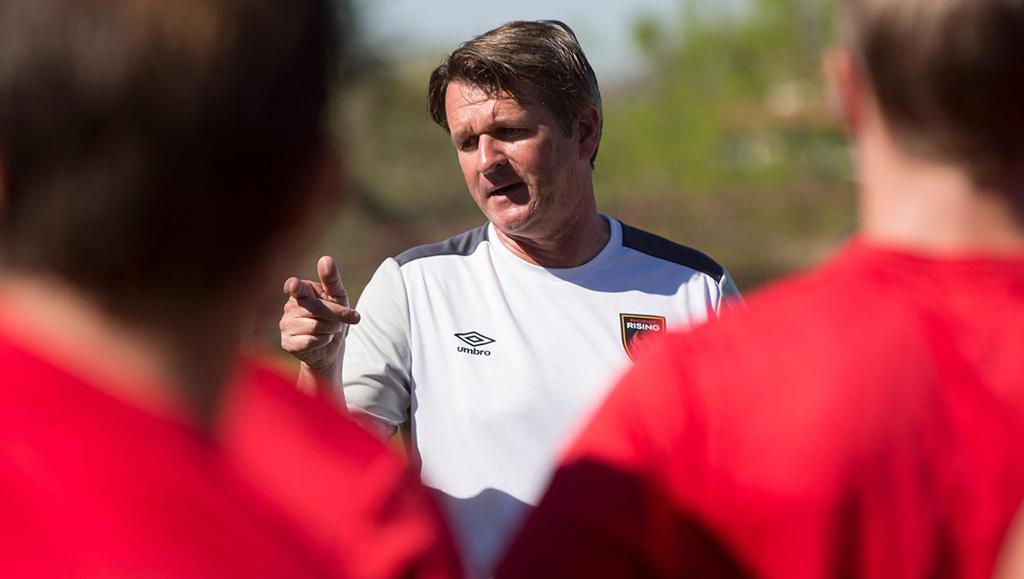 Frank Yallop has been appointed Head Coach of 2022 USL Championship expansion side Monterey Bay FC, a role he will serve in addition to his duties as Sporting Director at the club.

MONTEREY, Calif. – Monterey Bay Football Club announced on Thursday that two-time MLS Cup winner Frank Yallop will be the club’s Head Coach. Yallop will also continue in his duties as Sporting Director as the club develops its roster in preparation for its inaugural 2022 USL Championship season.

“I’ve been honored to be a part of some incredible clubs and win at the highest levels, but few of these experiences compare to what we are building in the Monterey region,” said Yallop. “The passion this community has for the world’s game is inspiring and humbling. I commit to build, and coach, a roster that reflects the community and its values, and hope to win their respect based both on our hard work and commitment to win a championship. Thank you to Ray Beshoff for this opportunity, his continued faith in me and to the entire USL Championship family for their continued support.”

Yallop has spent more than 40 years in professional soccer as a player and coach at all levels of the game. A native of Watford, England, Yallop played for 16 years in his home country with Ipswich Town in the Premier League and EFL Championship, and later in Major League Soccer for the Tampa Bay Mutiny. He was the Head Coach for the San Jose Earthquakes from 2001-2003 where he led the team to two MLS Cup titles. He then spent two years coaching the Canadian National Team before returning to the U.S. in 2006 to coach the LA Galaxy. He continued his tenure in the MLS when in 2008 he returned to San Jose and later at the Chicago Fire from 2013 to 2015. Most recently, Yallop has been integral to the growth of the USL Championship, serving in coaching and leadership positions with the Phoenix Rising FC, Fresno FC and Las Vegas Lights FC.

In addition to his impressive coaching accomplishments, Yallop was named MLS Coach of the Year in 2001 and 2012 and won the MLS Supporters Shield in 1996 as a player and also a coach in 2012. Yallop has a U.S. Soccer ‘A’ Coaching License.

Yallop will be joined by Ramiro Corrales on MBFC’s coaching staff, with Corrales set to serve as an assistant coach. Yallop and Corrales worked together during their tenures at San Jose Earthquakes, including winning the 2001 and 2003 MLS Cup titles under Yallop’s coaching and Corrales’s leadership on the pitch as captain.

Corrales had a long and accomplished career as a player in American soccer including 16 years in MLS, a majority of which were at San Jose, in addition to his time with the U.S. Men’s National Team. Corrales attended North Salinas High before joining the U.S. Men’s National Team along with a year for the Monterey Bay Jaguars – a former USISL team in Salinas. Corrales has a U.S. Soccer ‘B’ Coaching License.