Who are the players that can provide their clubs with the attacking edge in this upcoming season? 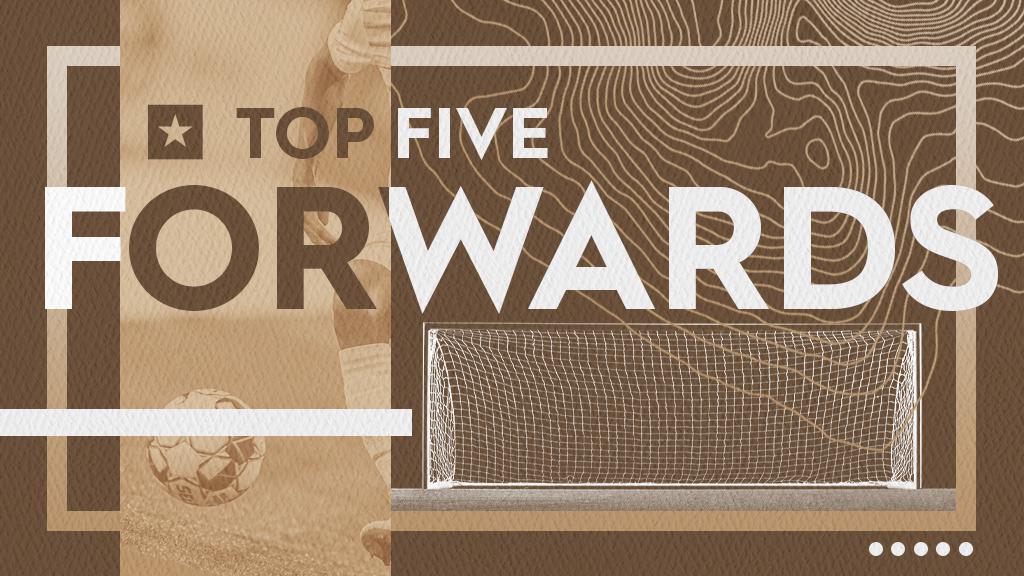 There’s an old saying in soccer, “goals change games.” That’s certainly true, but what’s equally  true in the USL Championship these days is that goals win games and having an effective player leading your forward line is almost essential to a club’s potential success at the end of the season.

Now, maybe more than ever in the league’s 10-season history, there is a rich group of forwards who fit that bill perfectly. The race to the Golden Boot at the end of the season could provide us with one of the compelling storylines for the upcoming year and help drive the teams those players compete for to the ultimate prize.

Here are five strikers who will have plenty of eyes on them this season, and five more who if they produce the goods as we expect could be right in the middle of the end-of-season awards race. 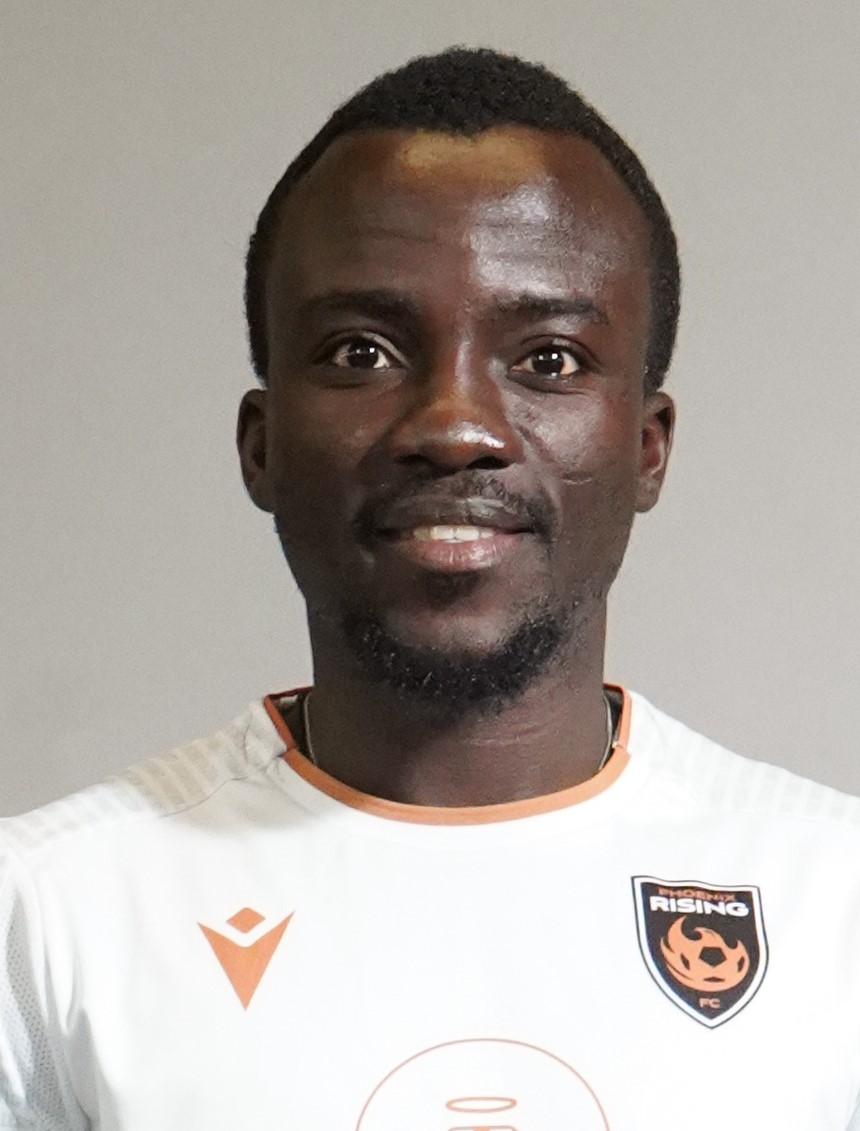 Solomon Asante isn’t the biggest household name to have competed in the USL Championship, but after his production over his first three seasons with Phoenix Rising FC and two league Most Valuable Player awards it’s hard to argue there has been a player that has made a bigger on-field impact than the Ghanaian in the league’s history. In 78 regular-season appearances, Asante has recorded a combined 75 goals and assists while leading his side to silverware in each campaign.

Break apart those two numbers, and Asante’s feat as a dual-finisher and playmaker becomes even more noticeable. His 41 goals and 34 assists are more than any player in either category over the past three campaigns. It does come with a caveat – in terms of goalscorers, Asante’s strike rate of a goal every 161.2 minutes is ninth in the league – but of the eight players above him in that statistic, none has half as many assists as Asante’s 34.

What Asante has meant to Phoenix’s run of success since his arrival, though, is maybe best expressed in the impact his goals have had on the club. According to American Soccer Analysis, Asante has delivered 19.32 additional expected points for the club through only his goalscoring prowess, a number that figures to continue to rise this year.

Having seen what Neco Brett could do up close in its inaugural season, Birmingham Legion FC signed the free agent forward for their second year with the hope his ability in front of the net would help lead the club in attack. That investment paid off as Brett led the side in the regular season with nine goals to earn a second playoff berth while forging a partnership with attacking midfielder Bruno Lapa that should continue to thrive this year.

Brett’s performance in 2020 maintained his standard from previous seasons in the Championship, where he’s now scored 37 goals across 80 appearances in the past three seasons. A former standout at Robert Morris University, the 29-year-old’s career took off when he returned to Pittsburgh to join Riverhounds SC in 2018 after spending the first two seasons of his professional career in the Portland Timbers organization, competing mostly for the Timbers 2.

He’s now averaged a goal every 150.4 minutes over the past three seasons while producing slightly above expectations with a league-leading 35.27 Expected Goals mark over the same span. With the addition of more attacking weapons to Birmingham’s lineup for the 2021 season, Brett’s opportunity to shine should continue as he looks to break through the 50-goal mark for his career.

There have been numerous significant factors in the Tampa Bay Rowdies’ rise from missing the USL Championship Playoffs in 2018 to earning the Eastern Conference Title last year, but one of the most notable has been the blossoming career of Sebastian Guenzatti leading the club’s attack. Over the past two seasons, the Uruguayan-American has recorded 26 goals in 48 games, more than doubling his career total for goals in the professional ranks in the process.

Those goals have been well-earned, with Guenzatti’s willingness to compete for every ball a visible trait of his game. In addition to his 26 goals – which have come at an average of a tally every 160.9 minutes – Guenzatti has won possession in the attacking third 39 times and has engaged in 621 Duels and 241 Aerial Duels, with the latter two marks the most of any player to record at least 20 goals over the past two years.

That drive, and Guenzatti’s sharpness in the penalty area, have helped the Rowdies succeed. According to American Soccer Analysis, no player has contributed more Expected Points through his goals (18.15) over the past two seasons than Guenzatti, and that is likely to continue for Tampa Bay’s captain as he enters his fifth season at the club.

Cameron Lancaster’s arrival in the Championship’s 50-goal club last season was hardly a surprise to those who’ve admired his marksmanship since joining Louisville City FC, but the pace at which the former Tottenham Hotspur man has produced over the past three seasons in the league is one of the more remarkable feats in the Championship’s history.

Only Solomon Asante has scored more goals than Lancaster’s 40 tallies since the start of the 2018 season, but the English forward’s strike rate of a goal every 97.6 minutes is by far the best among forwards with at least 20 goals in that span. Only Lancaster’s former Nashville SC teammate Daniel Rios possesses a strike-rate in the same zip code at 117.3 minutes per goal, while others are much further off the pace that Lancaster has set.

Lancaster’s eye for goal can also be expressed in the way he’s exceeded expectations on the chances he’s created for himself or had laid on for him. According to American Soccer Analysis, the 28-year-old has exceeded his Expected Goals total by 10.79 over the past three years, illustrating the heightened level of finishing that he’s produced. Now back permanently at Lynn Family Stadium, Lancaster will be aiming to maintain the high standards he’s already set for himself.

As the 2020 season built to its climax, Augustine Williams only continued to pick up steam. In the process, the young forward not only drove the LA Galaxy II into the USL Championship Playoffs but found another level individually in a career that had previously shown promise but lacked the consistency to be considered among the league’s top strikers.

That promise was the reason behind Williams’ decision to join the professional ranks at 18 years old, signing with the Portland Timbers 2 from Nomads SC youth club. The progression into the pro ranks ended up being a gradual one for Williams, who scored 11 goals in 57 games across three seasons for T2 before joining Los Dos prior to the 2019 season. Since then, the trajectory has been steadily upward, first recording a career-best seven goals that campaign before smashing through that total to earn Championship All-League First Team honors with 13 goals.

Williams’ performance for the Galaxy II last year certainly turned heads, most notably at the international level where late last year he earned his first call-up to the Sierra Leone Men’s National Team. Now with more than 100 professional appearances under his belt, the 23-year-old will be looking for more this season, with the potential it could lead to top-flight soccer sooner rather than later.

Dariusz Formella, Sacramento Republic FC – After a season of acclimation in 2019, Dariusz Formella took a major step forward last year at the top of Sacramento’s front line to lead the side with eight goals. Finding the same level of production that saw Formella record a 28.6 percent shot conversion rate in the new season would go a long way toward boosting Republic FC’s aim to claim the Western Conference crown from Phoenix Rising FC.

Jordan Hamilton, Indy Eleven – In his previous stints in the Championship on loan with Toronto FC II, Jordan Hamilton has shown off an impressive strike rate, including scoring eight goals in 10 appearances during the 2018 season at a rate of a goal every 92.4 minutes. With Tyler Pasher  departing for Houston Dynamo FC, his Canadian compatriot could be the ideal person to fill the goalscoring gap left behind in Indy’s attack.

Adam Jahn, Orange County SC – Orange County ranked in the bottom quarter of the Championship a season ago with only a 11.8 percent shot conversion rate, which proved a major factor in the club missing the postseason. Jahn’s arrival should help boost that productivity and provide a resurgence alongside some other impressive attacking talent.

Jerome Kiesewetter, FC Tulsa – In his lone prior season in the Championship, Jerome Kiesewetter notched 12 goals for El Paso Locomotive FC, scoring in bunches at times for the then-expansion side. Now one of the new faces at FC Tulsa this season after a year with Inter Miami CF, the former U.S. Men’s National Team player will be looking to help fire Tulsa to even greater heights after its successful 2020 campaign.

Luis Solignac, El Paso Locomotive FC – Returning after a year off to recuperate from injuries, Luis Solignac shone for San Antonio FC with a club-best eight goals in 15 regular-season appearances. Now he’s made the sojourn west to Copa Tejas rival El Paso Locomotive FC, which will be hoping the Argentine can add a consistent attacking edge as the final piece to their project after consecutive Western Conference Final appearances.