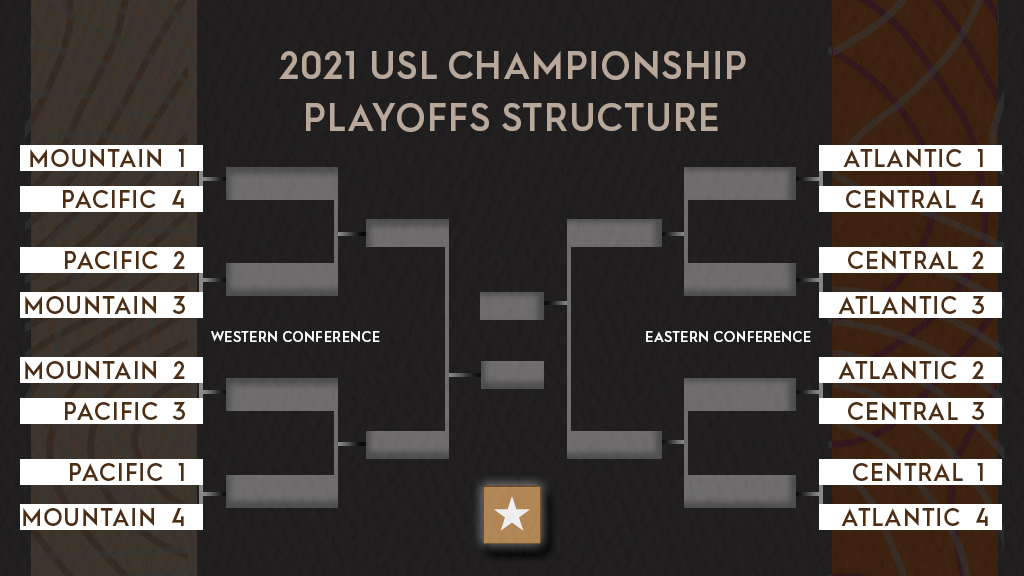 The USL Championship announced today its playoff structure for the 2021 season, which will feature 16 teams when the regular season concludes in the last weekend of October.

Following the announcement of the Championship’s divisional alignment in March, the top four teams from each division in the regular season will advance into a regionalized single-elimination bracket. The top two clubs in each of the Atlantic, Central, Mountain and Pacific Divisions will earn hosting rights in the Eastern and Western Conference Quarterfinals, regardless of total points.

Following the Conference Quarterfinals round, home advantage will be determined by total points earned, regardless of division rank, for the remainder of the postseason.

The Championship season will conclude with the USL Championship Final on Sunday, November 28 with kickoff set for 8:30 p.m. ET on ESPN or ESPN 2 and ESPN Deportes.