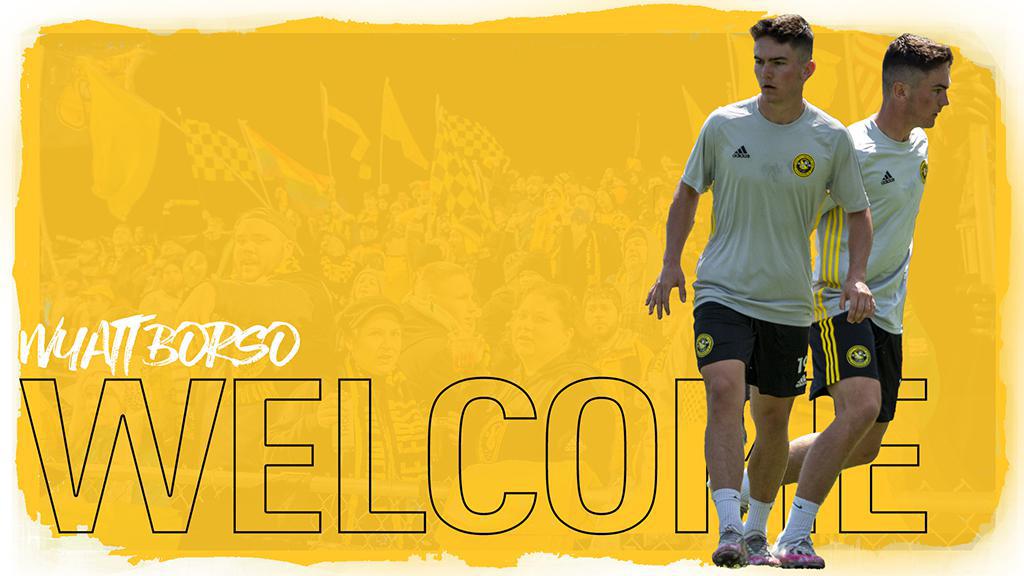 Borso, a native of Aurora, Ill., recently joined the Riverhounds Development Academy after previously playing for the Chicago Fire Soccer Academy. The USL Academy contract allows Borso to train with and play for the Hounds’ pro first team in the USL Championship while still maintaining his amateur status, which will allow him to play for the Hounds Academy and maintain his NCAA eligibility.

“We are looking forward to challenging Wyatt in a first-team environment, as well as making sure he is getting opportunities with the academy for his development. He is an intelligent attacking player who finds dangerous spaces and has the technical qualities to deliver the final pass or convert goal scoring opportunities,” said Riverhounds Head Coach Bob Lilley. “With a very strong RDA coaching staff and more quality players coming through the system, we anticipate others will be ready for this opportunity in the near future.”

Borso has been playing at top clubs throughout his youth career, beginning with Sockers FC (Ill.) before moving to the Fire Academy in the 2018-19 season. He also has participated in U.S. Youth National Team developmental camps, and in 2018, he was the top goal scorer in U.S. Development Academy play.

A Notre Dame recruit, Borso is rated as a four-star prospect and one of the top 10 forwards in the Class of 2022 by TopDrawerSoccer.com.

“We are pleased to welcome Wyatt into the club and will support his development through opportunities with our Academy,” said RDA director Scott Gibson. “Our job is to do everything we can to help our young players improve, and having Wyatt work with our older boys, in addition to his first-team duties, will only help our current players strive to get those opportunities for themselves in the pro team environment. Our RDA staff works closely with the first-team staff to identify players who are ready, and having Wyatt in the system will certainly help aid in that process.”

Borso began training with the Hounds' First Team this week and will be available for selection for the remainder of the preseason and the start of the 2021 USL Championship regular season.