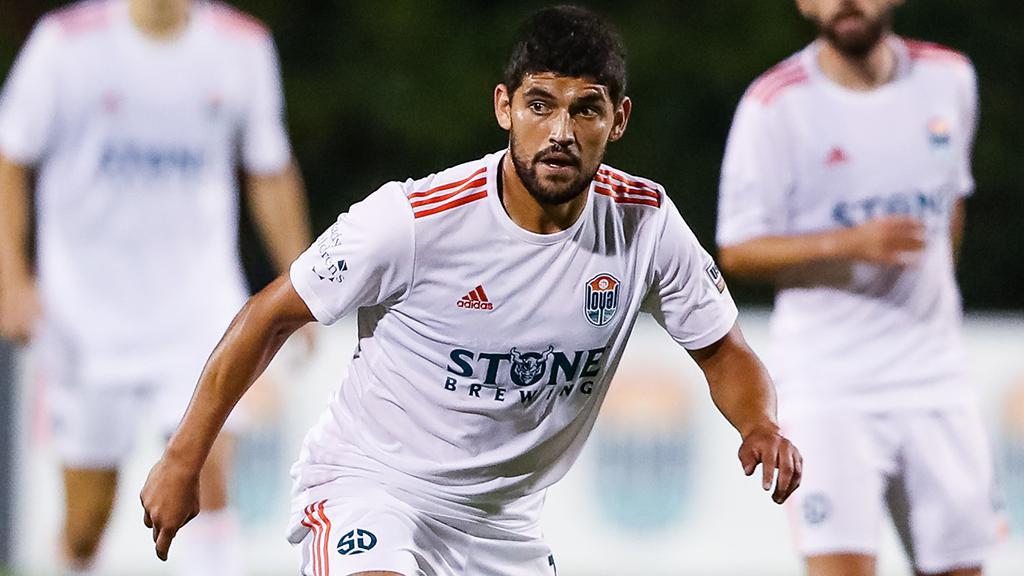 “We are very excited to get a player of Irvin’s caliber,” said Charlotte Independence General Manager and Head Coach Mike Jeffries. “He was one of the top scorers in the league in 2019 and he just has a knack for creating opportunities and finding the net. He’s an addition that fits in well with how we play and how we combine, and he is a player that we expect to score goals for us.”

Parra was born in Inglewood, California and came through the Pateadores youth academy before starting his professional career with FC 08 Homburg in 2012. In the 2013-2014, Parra signed with Zweibrücken of the Regionalliga Südwest – the fourth division of soccer in Germany – where he made made 30 appearances, 28 starts, and recorded six goals. That offseason, he moved to 1. FC Kaiserslautern II, of Germany’s Regionalliga Südwest. There he made 27 appearances, scoring two goals, in two seasons with Kaiserslautern II.

After six years in Germany, the forward then moved from Kaiserslautern II to USL Championship side Tacoma Defiance in 2016. After a successful spell with Tacoma, where he appeared in 26 matches and scored seven goals, Parra returned to Southern California midway through the 2017 season to join the Championship’s Orange County SC. Across his appearances for the Defiance and Orange County, Parra became the first player in USL Championship history to record double-digit goals (11) and assists (10) in the same season.

In 2019, Parra signed with Las Vegas Lights FC, where he recorded 15 goals and seven assists in 31 appearances. In Parra’s first season with Lights FC, he became the club’s all-time leading goal scorer and finished the 2019 campaign 10th in the USL Championship in goals scored. Last year, Parra remained in the Championship as he joined San Diego Loyal SC for its inaugural season.

“I’m very fortunate and happy to be here,” said Parra. “I see that the team already has a strong core, and I am just looking forward to doing my best to help the team achieve great things. I’m ready to do my part to bring a championship to the city.”