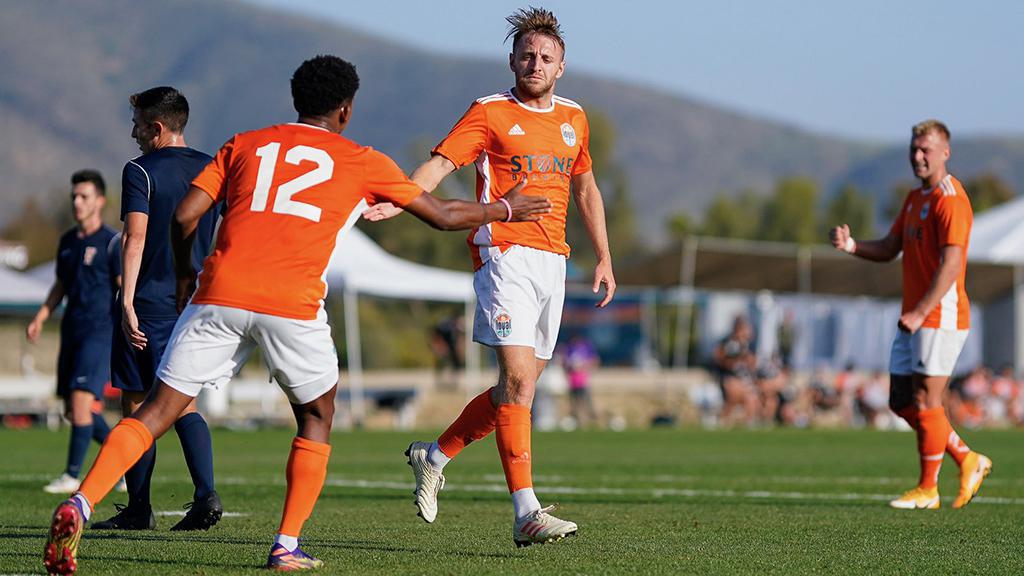 CHULA VISTA, Calif. – San Diego Loyal SC recorded a pair of preseason victories on Saturday evening, taking a 2-1 victory against Azuza Pacific behind a pair of goals from Ben Spencer, and a 4-1 win against Cal State Fullerton as three first-half goals paved the way to victory for the USL Championship side.

“We are really starting to jell now,” said SD Loyal Head Coach Landon Donovan. “It generally takes time in preseason with new faces. We are really happy how today went and we’re 13 days away now. We’ve gotten a lot of different looks and the good thing is guys have to figure out and solve problems. They are doing a great job at that. The team is really growing and there is a lot of accountability on the field.”

Spencer struck twice in the opening scrimmage of the day against Azuza Pacific, opening the scoring in the 20th minute as he cleaned up a loose ball in the penalty area after a corner kick. The former U.S. youth international then converted from the penalty spot nine minutes before halftime after having been fouled in the penalty area to earn the opportunity. Azuza Pacific also scored from the spot eight minutes into the second half, but SD Loyal saw out the contest to secure victory.

SD Loyal’s second lineup of the day – including a number of presumptive starters for the club’s season opener on April 30 against Phoenix Rising FC – rattled off three goals in the final 15 minutes of the first half against Cal State Fullerton after a tight opening to the game. Corey Hertzog broke the deadlock in the 31st minute from the penalty spot with a low shot to the left corner after Collin Martin was taken down in the penalty area. Four minutes later Jack Metcalf added a second with a right-footed shot from just inside the edge of the penalty area.

Martin then added a third for SD Loyal in the 40th minute after he stole possession in the Cal State Fullerton half. With only the goalkeeper to beat, Martin made his move left then right to get past the goalkeeper before finishing into the open net.

San Diego added a fourth early in the second half as Jack Blake powered home a free kick before the Titans pulled a goal back in the 63rd minute. From there, SD Loyal remained in control as it continued to progress toward the start of its second season.

“I am really happy where we are, we’ve made a lot of good progress,” Donovan said. “We have a really good opportunity Friday night against USD to really be sharp and play well and then we have probably the best team in the season. So, we have to be ready to go.”