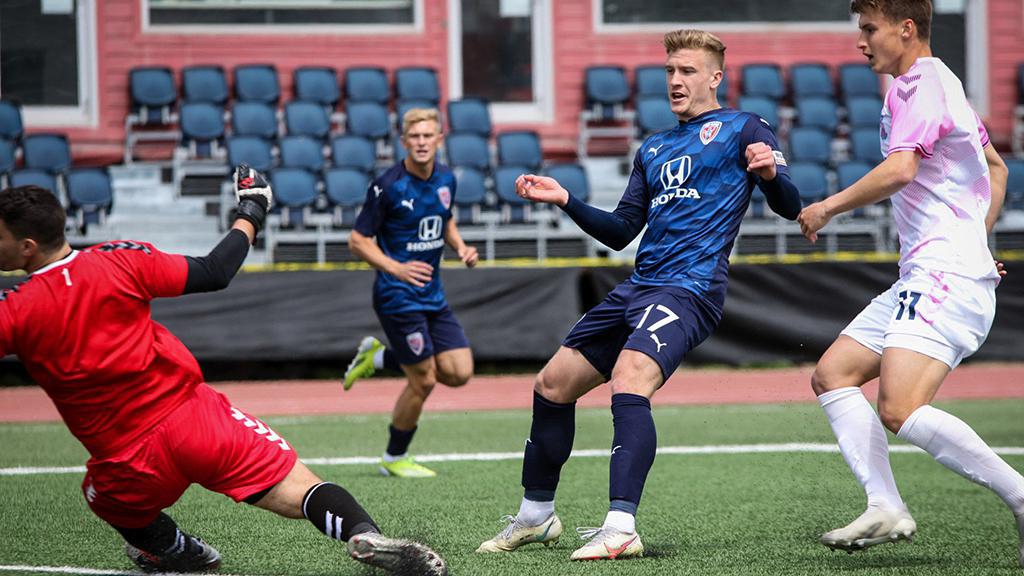 Arteaga signaled his attacking intent not too long after the opening whistle, his heavy effort from 25 yards taking a deflection before testing Madison goalkeeper Phil Breno at his left post. Both sides struggled to create clear scoring attacking chances for much of the first half, however, and the next serious threat on goal arrived 10 minutes before halftime as Arteaga fought through two defenders near the penalty spot to poke an effort on net that met the chest on an onrushing Breno.

Madison created its first big chance in the 42nd minute when Michael Vang cut across the top of the penalty area and fired a low effort that forced Eleven netminder Jordan Farr into his first save of the day. A minute later, Indy’s Ayoze worked well with Hamilton to set up the Canadian from 20 yards out, but his effort went high.

Five minutes into the second half, however, Indy broke the deadlock as Moon – brought on as a halftime substitute – got on the end of Nicky Law’s flick off a corner kick and finished from the edge of the six-yard area. Fifteen minutes later Arteaga doubled Indy’s lead as he controlled a driven cross by Patrick Seagrist with his chest, took a touch past a defender and then shot low inside the left post.

Moon added an assist to his earlier goal with five minutes later as he drove down the right and cut back a low cross that made it through Forward Madison traffic and into the six-yard area. Hamilton seized on the opportunity to head home and make it a three-goal game.

Moon almost added a fourth with eight minutes to go as he fired a turning shot from 15 yards out that forced Breno into one more low save. The hosts saw out the remainder of the action, though, as its took a comfortable victory.